There are indications that the Islamic State in West Africa Province (ISWAP) terrorists currently holding sway in parts of Northeast are deploying in Nigeria’s Northwest region as a new armed group including foreigners have emerged in Southern part of Dansadau Emirate of Maru Local Government Area of Zamfara State.

Senator Saidu Dansadu, a prominent citizen of the area said members of the group are believed to be foot soldiers of ISWAP who were initially camped in a forest in near Shinkafi.

He confirmed that the new group the new group reached out to Turji, a notorious bandits’ leader operating in the Shinkafi axis about three months ago.

According to Senator Dansadu who spoke to Daily Trust on the development, “later, the armed group said the forest is not comfortable for them. They relocated to Kumyambana forest in Dansadau Emirate and began to carry out their activities there.

“We believe the group consists of Nigerians and other foreign nationals and are making the bandits hibernating in the forest very scared and uncomfortable because bandits run away at the sight of the members of the armed group.

“It is really very frightening because they want to have a base there, forget about what they are preaching, that bandits should stop attacking communities or farmers. They want get a credit of bringing back peace to the area so that they win the hearts of the highly traumatised locals there.

“In this situation, whoever is coming with a promise to stop attacks on communities will win the favour of people. Our fear is that at the end they will start carving a territory from that area.

“Now that the Army is attacking them in Dansadau axis, some of them are relocating to Birnin Gwari forest in the neighbouring Kaduna State. We are sharing boundary with Katsina State and if there is going to be operation in Dansadau axis, the security operatives in Katsina should be involved to stop the criminals from accessing escape routes,” he advised.

Sources fear that the new group may be part of the bandits formerly operating in the area who had returned from their weapons, tactics and indoctrination training in ISWAP camps in Northeast Nigeria.

The stretching of links in the whole of the Northern region could be part of ISWAP’s efforts in becoming a “Caliphate,” which is one of the goals of the global terror group leader, the Islamic State in Iraq and Syria (ISIS).

Eons Intelligence had reported then of a “red alert in government security agencies” as bandits’ leaders in Zamfara State were moving their “foot soldiers from Zamfara forests into Borno (State) for tactical training in the new ISWAP camp.”

The migrating bandits were being trained under the supervision of ISWAP-Boko Haram tested hardline leaders in both ideology indoctrination, strategic and tactical fighting and weapon handling.

Meanwhile, the Nigerian Immigration Service (NIS) has in a memo with Reference No NIS/HQ/CGI/943, urged its Comptrollers and other officer cadres to intensify monitoring and surveillance around their areas of jurisdictions with the view to gathering information that would help safeguard lives and properties.

The memo, therefore, directed the comptrollers to ensure the prompt submission of valuable information for the attention of the Comptroller General of Immigration Service as they unfold. 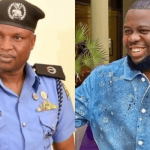 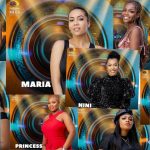 Barring Taiwan from WHO is a serious health concern, Canada, U.S., and allies say