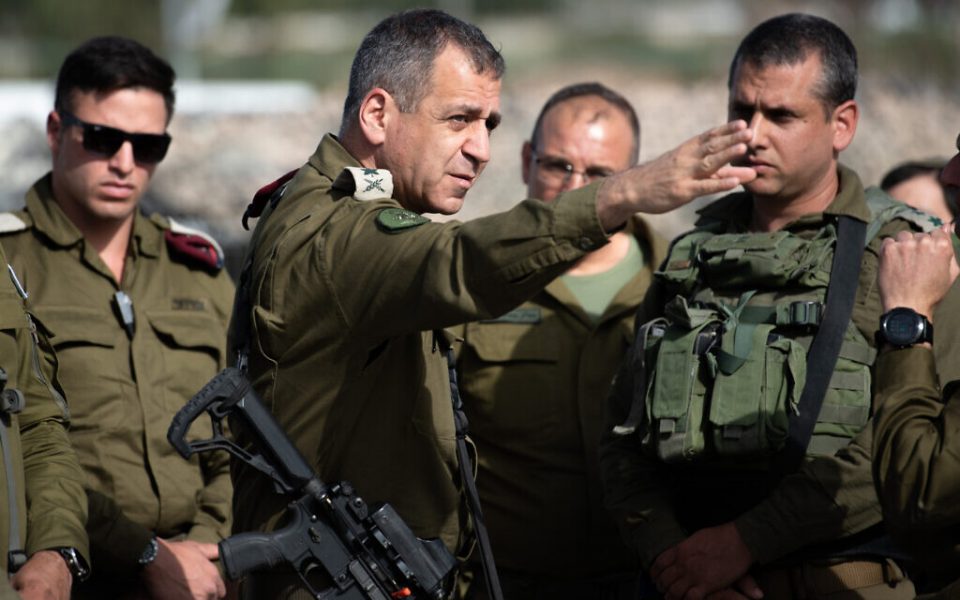 The Israel Defense Forces is working full tilt to develop its plans to strike Iran’s nuclear program in light of the Islamic Republic’s ongoing march toward the technology needed for an atomic weapon, and the stalled negotiations between Washington and Tehran on the matter, IDF Chief of Staff Aviv Kohavi told reporters this week.

“The progress in the Iranian nuclear program has led the IDF to speed up its operational plans, and the defense budget that was recently approved is meant to address this,” Kohavi said, speaking to military correspondents ahead of the Jewish New Year.

Defense Minister Benny Gantz issued a similar threat on Wednesday, telling foreign diplomats that Israel may have to take military action against Iran.

“The State of Israel has the means to act and will not hesitate to do so. I do not rule out the possibility that Israel will have to take action in the future in order to prevent a nuclear Iran,” Gantz said.

“Iran is only two months away from acquiring the materials necessary for a nuclear weapon. We do not know if the Iranian regime will be willing to sign an agreement and come back to the negotiation table and the international community must build a viable ‘Plan B’ in order to stop Iran in its tracks towards a nuclear weapon,” he added. Get The Times of Israel’s Daily Edition by email and never miss our top stories Newsletter email address By signing up, you agree to the terms

Though Iran is believed to be two months away from obtaining the fissile material needed for a bomb, the IDF has assessed that it would take at least several more months from then before Tehran would be capable of producing a deliverable weapon, needing that time to construct a core, perform tests and install the device inside a missile.

The public combative comments by Gantz and Kohavi came shortly after Prime Minister Naftali Bennett touched down in Washington for his first in-person meeting with US President Joe Biden and his staff, with Iran’s nuclear program at the top of the agenda.

“At the end of the day, the goal is to reach a ‘longer, stronger and broader’ agreement than the previous one,” Gantz said Wednesday. “The Iranian nuclear program could incite an arms race in the region and the entire world.” 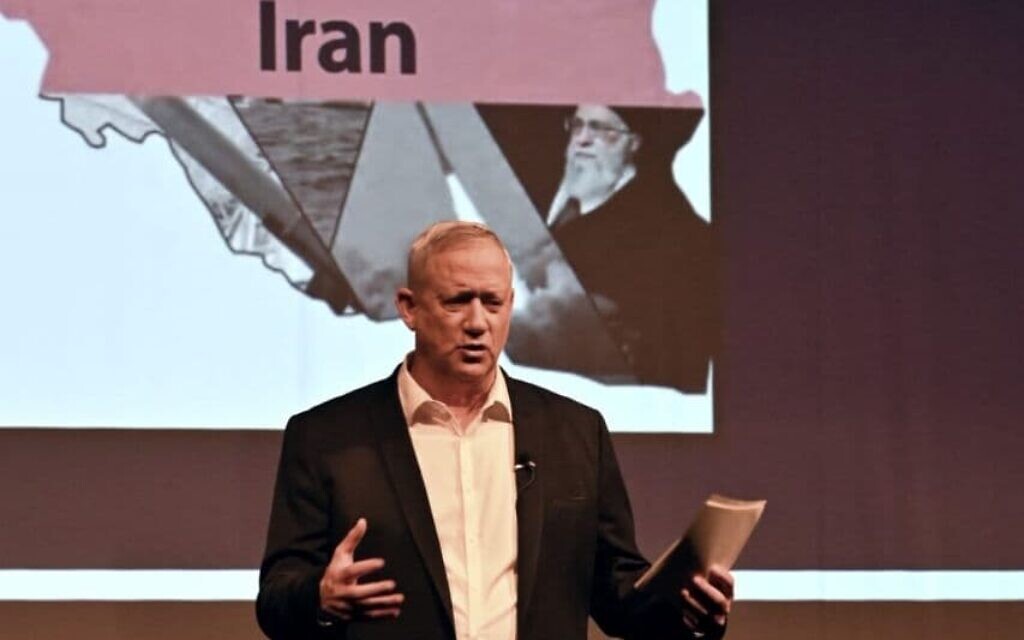 Israel hopes for a fresh nuclear agreement that would see permanent caps on Iran’s uranium enrichment and more robust oversight mechanisms. The IDF believes that the only way to achieve this goal is with a credible threat of a military strike.

The IDF has made this view known to the Pentagon, with which it maintains a close and open relationship, though the US is not actively involved in Israel’s plans, The Times of Israel has learned.

Last month, Bennett, Gantz and Finance Minister Avigdor Liberman agreed on a NIS 58 billion ($18 billion) defense budget for the coming year, of which nearly NIS 2 billion ($620 million) is designated for the military’s efforts to confront Iran.

The funds, as well as additional billions that are expected to be apportioned, are meant to be used to purchase the equipment and munitions that would be needed to carry out an attack on Iran’s nuclear facilities. These are spread throughout the country under the protection of an advanced air defense system, as well as significant physical defenses, with some buried far below ground, making them impervious to all but the heaviest and most powerful of bombs.

The last time Israel made such plans, in 2011-2012, the government invested some NIS 11 billion ($3.38 billion) in preparing for the attack, which was ultimately never carried out, former prime minister Ehud Olmert revealed in 2013.

However, countering Iran’s nuclear program is only one aspect of Jerusalem’s ongoing quiet war with Tehran.

“The IDF is operating constantly and in a variety of ways in order to minimize Iran’s influence in the Middle East,” Kohavi said.

The IDF has long fought Iran and its proxies in Syria, notably the Lebanese terrorist militia Hezbollah, which has been operating in the country since the outbreak of the Syrian civil war in support of dictator Bashar Assad. In the past two and a half years, the IDF has conducted at least 31 strikes on Hezbollah targets in Syria, roughly half of them against weapons depots and the other half against the group’s positions in the Syrian Golan Heights, near the border with Israel. 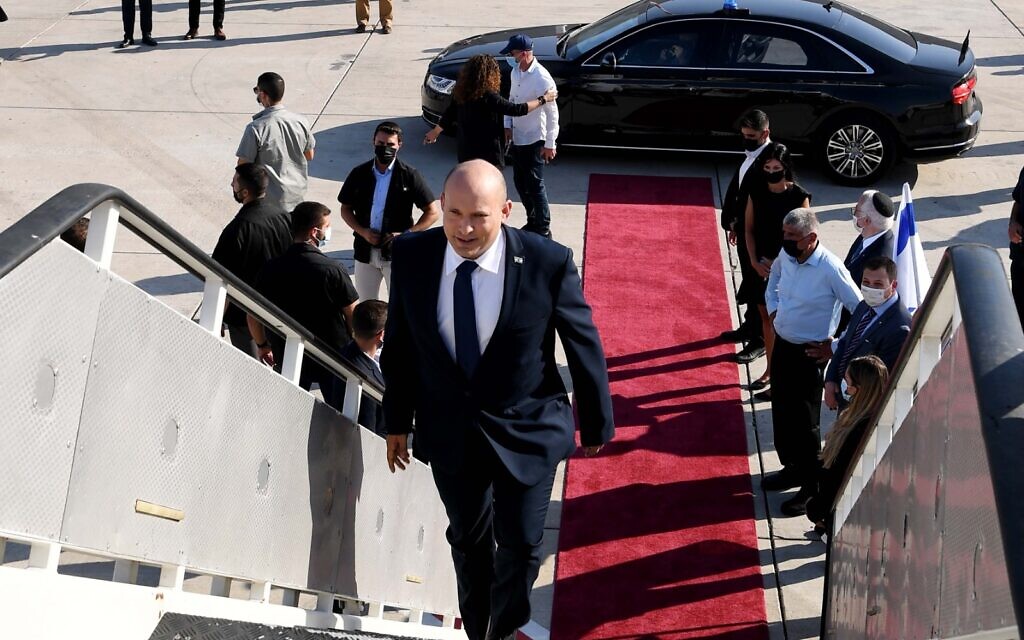 In recent months, an additional front has emerged in this conflict, with Israel and Iran increasingly squaring off at sea. The Israeli Navy has conducted over a dozen attacks on Iranian ships as they made their way to Syria in the past two years, the Wall Street Journal reported in March.

Iran, in turn, has targeted a number of Israeli-owned or Israeli-tied cargo ships, including one last month, the Mercer Street, which was struck by an armed drone that killed two crew members.

“Our assessment is that the unmanned aerial vehicle employed in the Mercer Street attack was launched from Iranian territory and approved by Iranian leadership,” Gantz told foreign ambassadors on Wednesday.

The future of the JCPOA

Since US President Joe Biden entered office earlier this year, his administration has been engaged in indirect negotiations in Vienna with Iran over its nuclear program and a joint return to the 2015 nuclear deal, known formally as the Joint Comprehensive Plan of Action.

The deal limited the levels at which Iran could enrich and store uranium, along with a number of other activities needed to create a nuclear weapon, in exchange for sanctions relief.

Israel, among others, harshly denounced the JCPOA, principally due to its insufficient oversight mechanism, which kept international inspectors from certain sites, and its so-called “sunset clauses,” under which the restrictions on Iran’s uranium enrichment end by 2031, at which point Tehran would be able to produce however much fissile material and to whatever degree of purity it wanted without threat of sanctions — though it would still technically be barred from producing an atomic weapon under the Treaty on the Non-Proliferation of Nuclear Weapons, also known as the NPT.

In 2018 under then-president Donald Trump, the US abrogated the JCPOA, with support from the Israeli government, calling it a “horrible one-sided deal that should have never, ever been made” and putting in place a series of crushing economic sanctions on Iran and Iranian officials. This prompted Tehran to leave the deal as well a year later, regularly violating its terms by enriching uranium to greater and greater degrees and by storing more and more of it in an apparent effort to raise pressure and build leverage over the United States.

Earlier this year, Tehran began enriching uranium to 60 percent purity — a level with exceedingly few non-military uses — and began conducting research on converting the gaseous form of uranium produced by the enrichment process into uranium metal, a process that is necessary to master in order to manufacture a nuclear weapon. This is by far the closest that Iran has come to producing the material needed for an atomic bomb. Before the signing of the 2015 JCPOA, Iran had enriched uranium to a level of 20% purity and had not yet begun practical research into uranium metal.

The progress in the Iranian nuclear program has led the IDF to speed up its operational plans, and the defense budget that was recently approved is meant to address this

Yet according to the IDF’s intelligence assessments, these advances, while worrying, do not appear to be an effort by Tehran to “break out” and produce an atomic weapon as quickly as possible, but a part of its ongoing brinkmanship with the US during renewed negotiations under President Joe Biden.

Though Iran has continued to enrich uranium to 60% since first doing so in mid-April, according to the International Atomic Energy Agency, it has not made any major advancements in its nuclear program since then.

A mutual return to the agreement by the US and Iran was once considered by the IDF to be a foregone conclusion. But the talks in Vienna stalled earlier this summer, particularly with the election of hardliner Ebrahim Raisi, who assumed the presidency earlier this month, and the future of this diplomatic effort is no longer clear, according to IDF assessments. 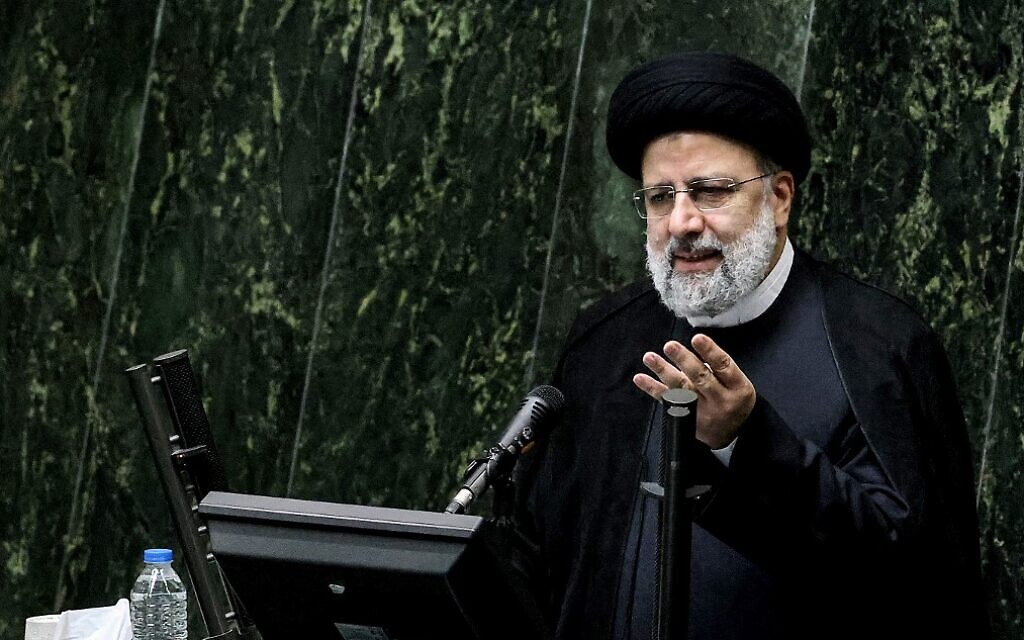 Iran’s President Ebrahim Raisi speaks before parliament to defend his cabinet selection, in the capital Tehran, on August 21, 2021. (Atta Kenare/AFP)

Biden and members of his administration had said that their plan was to return to the JCPOA with Iran and use that as a springboard to a more robust agreement with Tehran to rein in not only its nuclear program, but also its ballistic missile development and other disruptive actions in the Middle East, notably its support for terror groups throughout the region.

The Israeli military does not believe that Iran will go along with this plan, having lost faith in the US government following Trump’s withdrawal from the agreement, despite American and Israeli intelligence services determining that Iran had generally abided by its terms.

Indeed, Biden’s point person on the Iran nuclear talks, Robert Malley, told Politico earlier this month that the future of the talks was “just one big question mark” at this point.

While the threat of an Iranian nuclear weapon remains the IDF’s top priority, the Israeli military sees Iran’s conventional military activities as a source of major concern.

The IDF once focused primarily on fighting Iran’s ally Hezbollah in Lebanon and its other proxies in Syria. But the proliferation of long-range cruise missiles and explosives-carrying “suicide drones” to Iranian proxies throughout the Middle East has forced the IDF to operate farther and farther from its borders in order to counter attacks before they reach Israel. Such advanced munitions are known to be in the possession of Iranian proxies in Syria, Iraq and Yemen.

The military’s naval campaign against Iran, specifically its oil shipments to Syria, the proceeds of which would have gone to terror groups in the region, is a continuation of these efforts.

According to IDF assessments, these operations have prevented $1.5 to $2 billion from reaching Iranian proxies.

Though Iran has, at times, retaliated to these attacks, as in the case of the Mercer Street, it has generally refrained from responding to most of them, which the IDF credits to deterrence it has built up against Tehran, leading to Iranian unwillingness to take more aggressive action against Israel.

This story first appeared in Times of Israel, https://www.timesofisrael.com/as-bennett-meets-biden-idf-ramps-up-plans-for-strike-on-irans-nuke-program/?utm_source=The+Daily+Edition&utm_campaign=daily-edition-2021-08-25&utm_medium=email 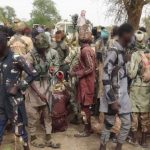 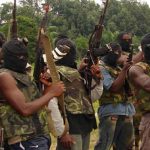