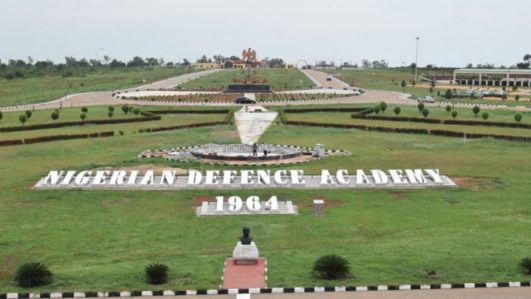 One of the worse duties to be assigned during Air Force military bootcamp was Guard Duty! Oh, it was horrible. The instructors were purposely mean, menacing and intimidating. They yelled at you, called you all sorts of names, threw things at you and came close to wiping your face with the floor.

What was your sin? Insisting that they show you a valid ID card before you let them in. If you managed to stand your ground in spite of their intimidation tactics, they would eventually show you their ID… which often signified you had passed the test.

The drill instructors would show up in the middle of the night and if the trainees on guard duty had fallen asleep, their Air Force career would be over even before it began. Falling asleep on duty is the worst possible sin to commit in the U.S military.

This was part of the training. They would later go on to explain that the adversary who is trying to gain access into a facility you are guarding will be a lot worse when they show up with their guns.

These are basic military lessons which are drilled into our psyche from the start to ensure that soldiers, airmen and sailors are held to a higher standard than the average person. Attention to detail is vital. Staying awake is crucial. These two things can be a matter of national embarrassment, life and death

Knowing this, is why hearing about the Nigerian Defense Academy attack is embarrassing and unforgiving. They are held to higher standard than the average institution, village or community.

That region of Kaduna has been a hotspot for kidnap and abductions for a while. Any intelligence analyst or even commentator could’ve seen the attack coming. All one had to do was follow the trends. The attackers always show up at night, in military gear, armed, on motorcycles. In addition, they were running out of targets since other schools in the areas had closed and villagers had probably fled the vicinity due to these same abduction attacks. The NDA base officials should’ve seen it coming. The early warning signs were everywhere.

More details about the attack are emerging, but from the information released so far: the base was attacked around 0100hrs, in military camouflage (which likely aided their escape in the terrain), they looked for a blind spot along the perimeter boundary (no guards, no cameras and high shrubbery ideal for hiding) and broke through the iron fence to gain access into the facility.

Upon gaining access, they attacked five apartments, injured a number of persons, killed 2 officers, abducted one, and the military quick response team did not show up until the attackers had already fled the base with their victim.

Initial reports say that 200 million Naira was requested as ransom for the abducted victim. Several hours later, other reports revealed that he had been killed. It is unclear why he would have been killed. It is possible he was uncooperative and fought back (it is what a soldier would do), which typically ends up fatal for victims if their unsuccessful.

But there could be many other reasons including he might have been injured and was slowing them down, or perhaps they were just trying to send a message and killed him out of revenge. We won’t know for sure until the autopsy is carried out and investigations are concluded.

However, it is important to delve into what went wrong and how can this be prevented in the future.

There are two principles of CPTED that we could briefly explore here. First is Territorial Reinforcement which involves the use of boundary markers to show clear lines between the general public and the organization’s grounds. This is done through the use of fences, hedges, signages or a combination. The second is Natural surveillance which involves arranging the property for maximum visibility. It prevents criminals from easily hiding or escaping.

The vast surroundings of the facility make it difficult to ensure maximum visibility everywhere. But there are additional steps that can be taken to ensure this is covered. Having signs all-around the perimeter fence warning of consequences of unauthorized entry often serves as a deterrent to would-be criminals. Also, having lower shrubs and adequate lighting for better visibility. Installing functional CCTV cameras for surveillance and having sensors that alert the monitoring team if there has been a perimeter breach.

Now let’s go on to the human elements that caused the breach. There is no point of having CCTV cameras or guards if no one is keeping watch. I’ve touched earlier on the importance of staying awake while on guard duty. Having a team who is watching the surveillance for the purpose of responding is imperative. They must do everything to stay awake. Chug coffee (or eat bitter cola), walk around the room, do everything to stay awake.

One of the major weak point in all of this, is the emergency response capability. The whole purpose of having these layers of defense security is to be able to spot a problem or an intrusion and immediately react to it. Reports indicate that the military’s response team was not able to quickly mobilize and intercept the attackers while they were still going from house to house.

Knowing this brings some level of understanding as to why the military has also been unable to respond to similar abduction attacks on schools in the vicinity. Although, civil police should technically be responsible for responding to attacks within the community. Either way, the current response capability of the government security agencies in the area is poor and this must be fixed.

There are certainly other areas where the ball was dropped and measures could’ve been put in place to save the Nigerian military and federal governing from this national embarrassment. However, if some of these aforementioned suggestions are adopted and sustained, it will help ensure this event does not repeat itself in the near term.

– Tanwa Ashiru is a U.S Airforce veteran, and the CEO of Bulwark Intelligence Solutions. She holds an M.A in Intelligence Studies from American Military University (AMU) and is a Fellow of the Association of Enterprise Risk Management Professionals (AERMP). 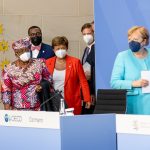