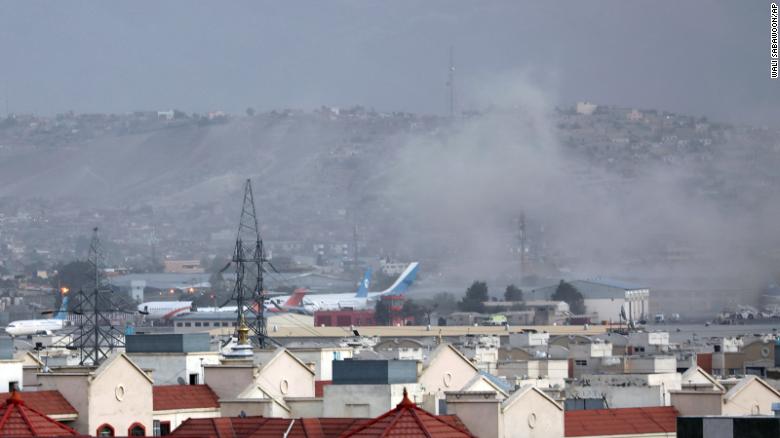 The United States carried out a defensive airstrike in the Afghan capital, Kabul, targeting a suspected ISIS-K suicide bomber who posed an “imminent” threat to the airport, US Central Command said Sunday.

Nine members of one family, including six children, were killed in the drone strike, a brother of one of those killed told a local journalist working with CNN. US Central Command said earlier they were assessing the possibility of civilian casualties.

US forces have been racing to complete their evacuation operation before Tuesday’s deadline and under the threat of a new terror attack on Hamid Karzai International Airport in Kabul.

A suicide bombing outside the airport gates on Thursday killed 13 US service members and at least 170 others.Sunday’s drone strike on a vehicle is the second by US forces targeting the ISIS-K terror group in the space of three days. A US official confirmed the location of the strike as being in Kabul’s Khaje Bughra neighborhood.

“We are confident we successfully hit the target. Significant secondary explosions from the vehicle indicated the presence of a substantial amount of explosive material.”

The Taliban, which is now in control of Afghanistan, condemned the strike later Sunday, saying the US had violated the country’s sovereignty.

Bilal Kareemi, a Taliban spokesperson, told CNN that it was “not right to conduct operations on others’ soil” and that the US should have informed the Taliban.

“Whenever the US conducts such operations, we condemn them,” he said.The vehicle that was targeted by the US in Sunday’s airstrike on Kabul was next to a building and contained one suicide bomber, a US official told CNN.

It remains unclear if the vehicle was intended to be a car bomb, or if the suicide bomber was using it for transport. “It was loaded up and ready to go,” the official tells CNN.

A Pentagon official told CNN that according to initial reports, the target was a vehicle believed to be containing multiple suicide bombers.

The threat could also have been a car bomb or someone with a suicide vest, he said, citing initial reports.Urban said earlier Sunday the US military was “assessing the possibilities of civilian casualties, though we have no indications at this time” and would remain vigilant against potential future threats.

Neighbors and witnesses at the scene of the drone strike in Kabul told CNN that several people were killed, including children.

“All the neighbors tried to help and brought water to put out the fire and I saw that there were 5 or 6 people dead,” a neighbor told CNN.

“The father of the family and another young boy and there were two children. They were dead. They were in pieces. There were [also] two wounded.”

One man told a journalist working with CNN who visited the compound that “a rocket hit and six people were in there who have been killed. There was a car inside.”

The journalist was not allowed to enter the compound. Another man said that he heard the sound of a rocket and gained access to the scene from a neighbor’s house.

“First we managed to remove a 3- to 4-year old child. The fire and smoke had engulfed the whole area,” he said.

He added that “three people were inside the car” and three others were outside the car. The injured, who included children, were taken to the hospital, he said. 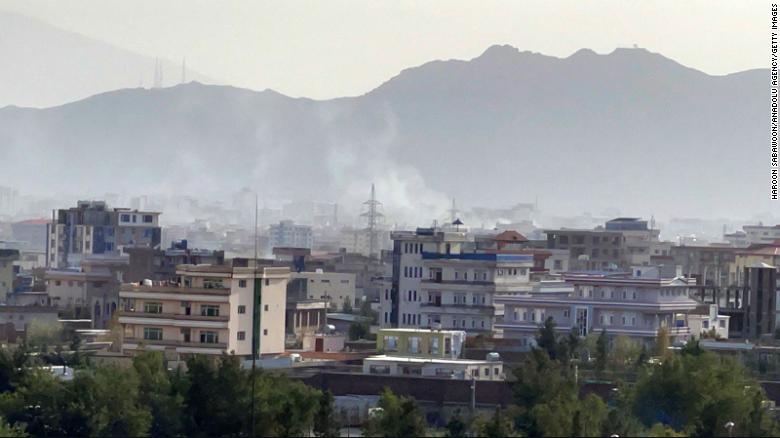 Smoke rises after an explosion in Kabul, Afghanistan on Sunday.

US President Joe Biden said Saturday that military commanders had advised that “another terrorist attack on Kabul’s airport is “highly likely in the next 24-36 hours,” and the US Embassy in Kabul warned all US citizens to leave the airport area immediately.

The White House said Sunday morning that about 2,900 people were evacuated from Kabul from 3 a.m. ET Saturday to 3 a.m. ET Sunday.

Those evacuations were carried out by 32 US military flights and nine coalition flights. The mission is clearly winding down, with fewer people brought out than during the same time period on preceding days.

Biden traveled to Dover Air Force Base in Delaware on Sunday to mourn with the families of the 13 US service members killed in Thursday’s attack as their bodies were brought back to US soil.

ISIS in Khorasan, known as ISIS-K, has claimed that an ISIS militant carried out the suicide attack, but provided no evidence to support the claim.

US officials have said the group was likely behind the bombing.On Saturday, the Pentagon said two “high profile” ISIS targets had been killed and another injured in a US drone strike late Friday in Jalalabad, in Afghanistan’s eastern Nangarhar province, in a retaliatory strike for Thursday’s attack.

The above article first appeared in CNN, https://www.cnn.com/2021/08/29/asia/afghanistan-kabul-evacuation-intl/index.html 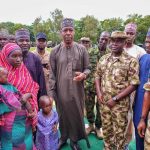 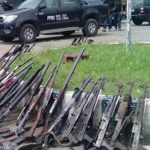 Memory Without a Brain: How a Single Cell Slime Mold Makes Smart Decisions