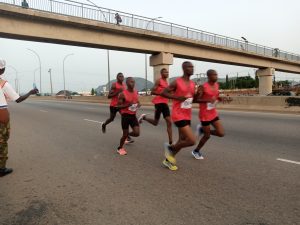 A Private in the Nigerian Army, Friday Okot, finished a 42-kilometre marathon in 1.51 hours on Sunday in Abuja to emerge first in the Armed Forces Inter-Service Marathon Competition.

The marathon began at Deidei on the outskirts of Nigeria’s capital, Abuja, at 6.24 a.m. and terminated at Aguiyi Ironsi Cantonment Sports Complex in Asokoro area of the capital city.

The competition, aimed at selecting athletes to represent the Armed Forces of Nigeria at the forthcoming Sahel Military Games, had athletes drawn from the Nigerian Army, the Air Force and the Navy.

Twelve countries including Nigeria will participate at the Sahel Games scheduled to take place from Oct. 9 to Oct. 17.

The first, second and third runners-up were all from the Nigerian Army.

In the female category, Private Mutiyat Badmus of the Nigerian Army finished first in 2.21 hours.

Acting Director of Sports, Defence Headquarters, Commodore Patrick Yekwe, said the competition was to prepare the Armed Forces of Nigeria team for the Sahel Games.

He added that the inter-service competition would feature football, golf and invitational relays to select military athletes that would represent Nigeria.

“From the feedback I have got from officials here who are from the Athletics Federation of Nigeria, the athletes did very well and they can do better.

“From this event, we are going to select the best of them and train them further for the tournament coming up in October.

“Right now, they are above average and we shall be selecting the best 20 athletes from about 60 of them that competed,’’ he said.

Yekwe added that the competition would also afford the armed forces the opportunity to interact with one another and sustain their relationship in the spirit of friendship and sportsmanship.

The President, Organisation of Military Sports in Africa, Brig.-Gen. Maikano Abdullahi, said that promoting sports in the military was part of non-kinetic methods of conflict resolution.

Abdullahi commended the athletes for the timing of finishing the race, adding that they compared favourably with athletes from other countries.

He expressed confidence that athletes from the Nigerian Armed Forces would do well at the Sahel Games.

“This marathon is a preparation for the Nigerian team because other countries are there preparing too and there are even countries that have finished their selection’’ he said.

In his remarks, Private Okot said consistent training led to his emergence as winner.

He said he had been running long distances since childhood until he joined the Army in 2019.

Okot called on the military authorities to train long-distance athletes in high humidity countries like Kenya where most of the world marathon runners come from.

“I want to plead that they send us to Kenya from time to time to train in that terrain because we know that world champions are from there.

“If they allow us to train in Kenya for two or three months we will be able to compete in the Olympics,’’ he said.

He added that he had had opportunities to train with Kenyan and Ethiopian long distance runners who trained in Plateau.

“We have to train harder than before because we are going to face people from other countries and we will not allow them to come to Nigeria and dominate us.

“We must take charge of the tournament and be victorious,” he stressed.

The first female winner, Private Badmus, pledged to sustain the feat and prepare better for the Sahel Games, adding that she finished 42 kilometre race for the first time. 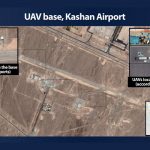 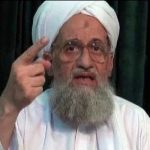