Three former U.S. intelligence and military personnel agreed to pay more than $1.68 million to settle federal charges over their alleged work as mercenary hackers for the United Arab Emirates (UAE).

A case filed Tuesday in the U.S. District Court for the District of Columbia brought two counts each against Marc Baier, Ryan Adams and Daniel Gericke, including conspiracy to commit device fraud and computer hacking and conspiracy to violate arms export control regulations.

The defendants are accused of “knowingly and willfully” engaging in these activities, and entered into a deferred prosecution agreement to resolve the charges.

Consequences: The three men, all of whom previously worked as employees of U.S. intelligence or military agencies, have three years to pay off the agreed-upon sums. They also must relinquish any security clearances, and agree to full cooperation with the FBI and any other relevant departments on the case.

Reuters first reported on the charges Tuesday, noting the three individuals were part of an operation uncovered by Reuters in 2019 known as “Project Raven” that assisted the UAE in spying on targets.

Shady operations: According to the court documents, the defendants worked for a UAE-based company from 2016 through 2019 that carried out hacking operations on behalf of the UAE government, including participating in “zero-click” operations in which a target’s device could be compromised without them taking any action.

Through these operations, the defendants were able to obtain and use sensitive credentials to access accounts on computers and phones in the U.S. and worldwide..

“This agreement is the first-of-its-kind resolution of an investigation into two distinct types of criminal activity,” Acting Assistant Attorney General Mark Lesko of the Justice Department’s National Security Division said in a statement Tuesday.

“Hackers-for-hire and those who otherwise support such activities in violation of U.S. law should fully expect to be prosecuted for their criminal conduct,” he added.

Acting U.S. Attorney Channing Phillips of the District of Columbia emphasized in a separate statement Tuesday that “a U.S. person’s status as a former U.S. government employee certainly does not provide them with a free pass in that regard.” 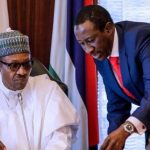 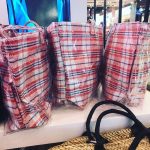