Penultimate Tuesday, Sudan announced it foiled an attempted coup d’etat by troops from its Armoured Corps who tried to take control of a state radio station in Omdurman, across the River Nile from the capital, Khartoum.

The civilian and military leaders of the coup attempt were arrested just as loyal troops of the Sudanese military “liquidated the last coup pockets” in Al Shagarah Barracks, a sprawling military complex on the outskirts of Khartoum.

The Sudanese government alleged that the attempted forceful takeover of power was led by army officers and civilians loyal to the regime of ousted dictator, President Omar Al-Bashir, who still long for the old order. Their goal was to derail the country’s transition to democratic rule, two years after Al-Bashir was removed by the military in the face of mass street protest in April 2019.

We condemn in very strong terms the attempted coup in Sudan, as the country does not need that at all. In fact, this attempt has derailed the process of democratic rule in the country, which it is in dire need of.  It is gratifying that the coup was also condemned by the international community.

What came to the fore with the attempted coup is the crisis of confidence between the country’s military and civilian politicians. While the military leadership accused politicians of alienating the armed forces and failing to govern properly, the politicians are accusing them of agitating for a takeover of power.

This has put the fragile Sudanese transition to democratic civilian rule at its most precarious position. They must work together,  after all, they are all serving the Sudanese people and the flexing of muscles does not augur well for their country.

A situation where the military withdrew its protection for a vital organ of the transition process while some political leaders asked people to prepare to return to street protests if necessary shows the extent of the misgivings in the country and that shouldn’t be the case.

Both parties must de-escalate so that nothing threatens or undermines the promise of Sudan’s transition to democracy.

For the people of Sudan, the attempted coup should be a wake-up call for a transparent partnership that guarantees full democratic and civilian transition. In addition, they must all work to ensure that the needs of the citizens for change towards bringing relief to their economic hardship and political marginalisation are taken care of.

Luckily, the coup attempt was met with condemnation from both within the country and the international community. Sudan is the bridge between Africa and the Middle East. Therefore, its strategic role as a stabilizing factor, especially in the Horn of Africa must be secured through democracy.

Also, the activities of the country’s external spoilers and their internal collaborators must stop.  Sudan should not be used as pawn in international politics. The world applauded when the Sudanese people, by popular will, rose and chased away the former leadership. But the people were then left on their own without the external support needed to consolidate the gains of democracy.

This should be a lesson for other African countries. They should not allow themselves to be used and dumped as lackey of any outside interest.

The AU, UN and other members of the international community should support Sudan’s reformers as they match towards actualizing democratic rule.

It is worrisome to note the spate of coups and attempted coups on the continent. So far, it has recorded three successful coups in five months. Mali witnessed non-democratic transfer of power twice in the last 13 months, Chad saw succession not through democracy but military imposition. Guinea is still sleuthing from the recent one.

This is indeed a dangerous trend which must not be allowed to fester. The world has moved beyond that stage and the continent must not be seen to be moving backwards instead of forward. Africa has had enough of coups. The era of change of government through non-democratic means is over and must remain so. There must be no further setback to the development of democracy on the continent.

The above article first appeared in Daily Trust Editorial of Sept. 29, 2021, https://dailytrust.com/coups-have-no-place-in-africa 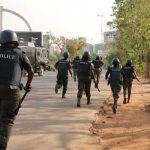 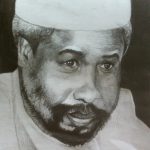