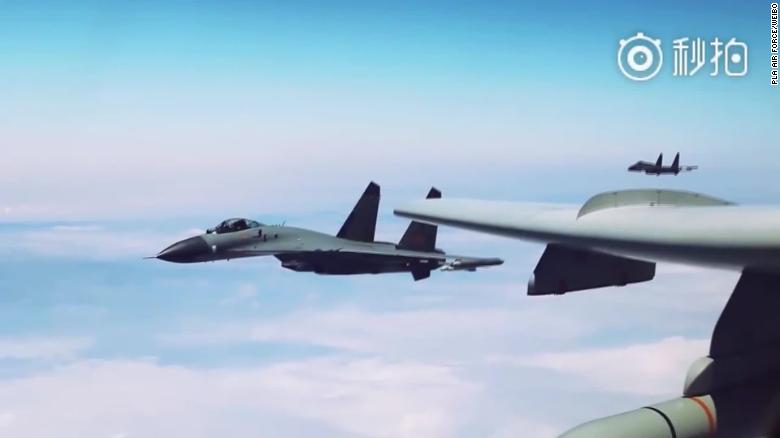 Taiwan’s radar operators, pilots, anti-aircraft specialists, and intelligence experts spent the weekend tracking wave after wave of People’s Liberation Army Air Force assets, as Beijing ramped up the pressure on the island state it regards as a rebellious province.

“In my view, the air activity in Taiwan’s [southwest] ADIZ has multiple purposes, including intimidating Taiwan, wearing out Taiwan’s Air Force, sending a message to the US, training purposes, domestic PRC messaging, and setting higher new ‘normals’ for PRC air activity — all of which complicate future indications and warning of PRC military action,” said James Mulvenon, a Chinese military expert at SOS International LLC.

In addition to the 52 incursions today and the four at night local time, Beijing sent 38 warplanes to Taiwan’s Air Defense Identification Zone on Friday, followed by 39 on Saturday and 16 on Sunday — for 149 total as of this report. The repeated flights of Chinese aircraft were publicized in a series of tweets by the Taiwanese Defense Ministry, as they have routinely done for some time.

And they are not likely to abate any time soon, says Dean Cheng, a top Chinese military expert at the Heritage Foundation.

“The Chinese are clearly going to keep doing this until the US backs off. That should worry us,” he said late last week. “They are exhausting the Taiwan air force; they are trying to intimidate them.”

The other factor in all this is that Taiwan’s military will grow used to substantial numbers of Chinese aircraft testing their defenses. The Taiwanese are flying Civil Air Patrol aircraft, warning Chinese pilots by radio and deploying anti-aircraft systems each time the Chinese penetrate the ADIZ.

The PLA prodding will allow the Chinese to gather more and more intelligence about Taiwanese operations, such as how quickly they can arm the air defense systems and how quickly their pilots can get into the air.

Taiwan’s Foreign Minister Joseph Wu warned his country is preparing for war with China during a visit to Australia and asked for more intelligence sharing and cooperation between the two countries.

“We would like to engage in security or intelligence exchanges with other like-minded partners, Australia included, so Taiwan is better prepared to deal with the war situation,” he said in an interview on the Australian Broadcasting Corporation’s show, China Tonight.

For its part, the US warned off China.

“The United States is very concerned by the People’s Republic of China’s provocative military activity near Taiwan, which is destabilizing, risks miscalculations, and undermines regional peace and stability,” the State Department said in a statement. “We urge Beijing to cease its military, diplomatic, and economic pressure and coercion against Taiwan.”

In response, a spokesperson for the Chinese Foreign Ministry said the US was “in no position to make irresponsible remarks” and accused America of making “negative” moves through its assistance to Taiwan.

“The one-China principle is the political foundation of China-US relations,” the spokesperson, Hua Chunying, said today, according to a translation on the foreign ministry’s website. “China will take all necessary measures to resolutely crush all attempts at ‘Taiwan independence.’ China has a firm resolve and will to safeguard national sovereignty and territorial integrity.”

The flights come just days after China celebrated the 72nd anniversary of the founding of the People’s Republic on Oct. 1 and days before the beginning of Exercise Bersama Gold, involving Australia, Malaysia, Singapore, and New Zealand in the South China Sea. A British ship from the HMS Elizabeth Carrier Strike Group is expected to join the exercise. 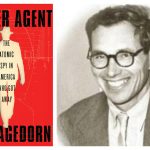