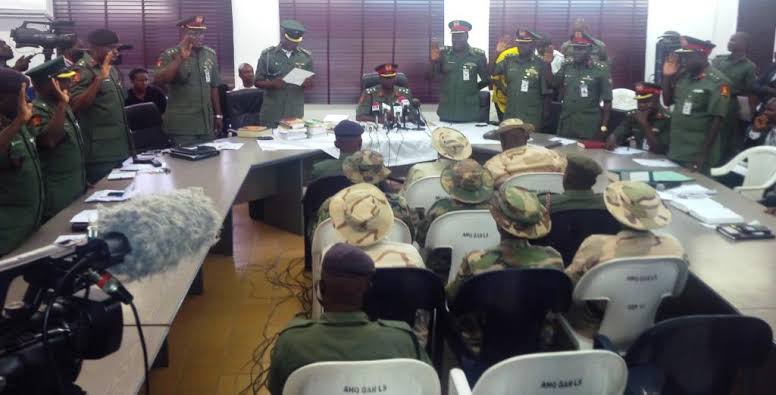 The Nigerian Army on Saturday inaugurated two Special and General Court Marshals to trial officers and soldiers for various offences connected with the ongoing anti-Boko Haram/Islamic State West Africa Province (ISWAP) terrorists’ operations in the Northeast region of the country.

While the two was inaugurated at the Maimalari Cantonment Officers Mess, Maiduguri, Northeast Nigeria, the third will be inaugurated on Monday in Sector 2 Damaturu, Yobe State Capital, Northeast region.

About 158 personnel comprising of 28 officers and 130 soldiers are to be tried for various offences.

The Court, he said, review, reduce or remove the rights and privileges of an convicted service personnel.

General Musa said during the inauguration that the Court Martial is unique to the military and a tributary of criminal trial that flows into the sea of Nigeria Criminal Justice System.

According to him, “therefore, conduct of military trials under the Armed Forces Act is to deal with matters that pertain directly to the regimentation, discipline, efficiency and morale of military personnel.

“To maintain the Armed Forces in a state of readiness, the military as an institution must be ready to enforce internal discipline effectively in accordance with the extant law.”

The Theatre Commander noted that it is imperative to state that military compact with the State has placed officers and soldiers on a very high pedestal of responsibility than other citizens, reason been that the military is an organization that is guided by two set of laws in the command.

Musa added that the Court Martial is not only viewed as a jury trial but also a court speedily to dispose cases and award punishment in the event of conviction.

In this need, emphasis shall be laid on the statute laws and the traditional military of regimentation with due adherence to the fair hearing requirements as enshrined in the constitution of the Federal Republic of Nigeria 1999(as amended).

He therefore urged officers and soldiers involved in the trial to discharge their duties diligently without fear, favour or affection.

General Musa also enjoined the Courts to discharge their duties while strictly guided by the need to do justice to the accused, justice to the victims of the alleged infractions and justice to the State whose laws are alleged to have been broken. 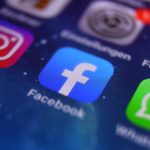 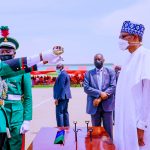