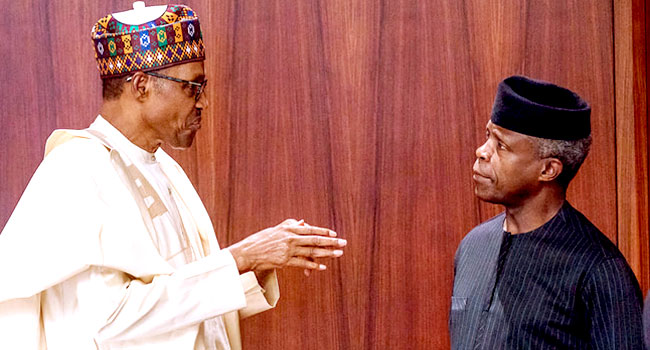 Vice President Yemi Osinbajo says President Muhammadu Buhari is Nigeria’s most popular politician in generations, saying that his popularity and credibility are crucial factors needed in galvanising the entire system to resolve the country’s challenges.

Vice President Osinbajo, who spoke during an interactive session with top officials of Nigeria’s High Commission in the United Kingdom on Saturday, said: “The President is possibly the most popular Nigerian politician that we ever had in generations.

“He is possibly the only person who can go into a place or somewhere without bossing people to gather and they will come and listen to him speak.

“We need that level of credibility to be able to solve problems in our country. And I think because of his level of credibility, despite everything, he is still the only one that can call everyone, and even people who do not necessarily agree with him know that he is a man of his words.”

Vice President Osinbajo said it is ill-advised to split up the country as the secessionists’ agitators are demanding , stating that smaller nations are now looking for alignment with others to become stronger.

According to him, “everywhere in the world today, people are coming together to form stronger units, they are not breaking up, this is not the time to break up.

“If you read of the economics of smaller nations, they are looking for ways of how they can become stronger by aligning with other nations. How does a country with all the potentials and everything that we have, think that the best way is to break up?”

He asked citizens at home and in the diaspora to promote the message of one country, noting that “anybody who looks at how Nigeria operates will recognise that we are better off in this system, and that is the truth.”

“If you look at all of us sitting here, we represent all the geo-political zones. This is the Nigeria that will succeed, anything else doesn’t make sense.”

He expressed confidence that the country could solve its economic and security problems.

Osinbajo urged staff of the High Commission to remain good ambassadors of the country and endeavor to promote justice and fairness in their activities while making more efforts to promote government programmes and policies.

Osinbajo said: “We must promote one country. But, of course, everybody talks about justice, fairness and balance, and that is what we must try to do on a continuous basis.

“Let us not be discouraged, let us be very confident because our country will come out of all these problems and emerge stronger.” 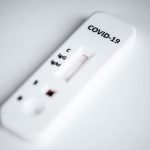 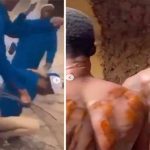