I see a world on the edge of a blade. Without balance, it will fall
Victoria Aveyard

One unhealthful legacy, no, liability of the Olusegun Obasanjo civilian rule and which has endured in our democracy is that deputies cannot sleep and wake up in the political shoes of their principals. He denied Atiku Abubakar, twice Vice President under him, automatic access to the presidency.

Ever since the Abeokuta chief and Waziri Adamawa left office, Atiku’s yet-to-be-fulfilled dream of ruling Nigeria has been haunting the polity. We shall return to this later, just a teaser for conversation this week.

Just as we will not stop talking about justice, we will also not stop talking about the zoning of political offices in Nigeria because these twin issues are interwoven and at the heart of the nation’s unstable polity. Obvious horizontal inequality among geopolitical, religious, and ethnic groups has been responsible for the recurring tension in the polity. It’s also for the same reason that the federal character principle in operating the 1999 constitution (as amended) is always breached by successive administrations. This state of affairs is more manifest under the Buhari administration.

The originators of the zoning idea in our polity were mindful of our federal, pluralistic nature and the need to give every micronational group a sense of belonging.

In our conversation this week, we will be dissecting former Vice President Atiku Abubakar’s newfound stance on zoning that took many political pundits by surprise.

I have been an admirer of Alhaji Abubakar for several reasons that include his liberal disposition to religion and humanity as God’s creation as well as his willingness to develop other human beings using his immense endowments and political astuteness.

I agree with those who believe that the current instability in our polity is traceable to the failed transition from Obasanjo to Atiku Abubakar in 2007. Many reasons account for this not happening. However, the truth remains that that failed succession bid by Atiku shook the very foundation of our democracy and still troubles it.

I have had cause to write twice on this great man, first on November 26, 2015, during the marking of his 69th birthday. You may Websearch “Atiku: The man who can still be President,” and another piece of September 14, 2017. It was titled “The Atiku Fever.” In the two articles, written two years apart, I had argued that the man can be a good President as he has an exceptional national reach that is next to none in Nigeria of today. My prediction almost came through in 2019 but not with APC’s “I no gree” grip on presidential power.

Ahead of every election year, there is always the tension around him and his presidential ambition that makes the 2017 article relevant as ever, even today ahead of 2023.

Atiku Abubakar’s strategic importance in our polity makes every word from him a critical agenda-setter. Against this backdrop, therefore, his latest statement that zoning, is not an issue must be interrogated.

The 94th National Executive Committee, NEC, of the Peoples Democratic Party, PDP, took place on October 7, 2021, at the Wadata Plaza headquarters, Abuja. It was an extraordinary meeting held amid palpable tension over the zoning arrangement ahead of 2023. Enugu Governor Ifeanyi Ugwuanyi-led zoning committee had made critical recommendations on the zoning of political offices and it was being presented to the NEC for affirmation.

The emotional strain that preceded the meeting remarked the importance the party and indeed Nigerians attach to the zoning strategy helping to engender cohesion in the polity.

Zoning is always intended to address any imbalances, ensure equity and a sense of belonging. Both military and civilian dispensations found zoning necessary in arranging the system and creating stability.

In the Second Republic when Alhaji Shehu Shagari emerged as the presidential candidate of the defunct National Party of Nigeria, NPN, he chose his running mate Dr Alex Ekwueme from the East because the other strong power bloc in the South, the Yoruba of the South West already had Chief Augustus Meredith Adisa Akinloye occupying the next most powerful position [after the president] of National Chairman.

2Even the military during their time consciously took into consideration the geopolitical, ethnic, and religious interests in the distribution of offices. There were always ethnic and religious calculations to ensure balancing and equity.

When General Murtala Muhammad, a Muslim northerner from Kano State, died in the 1976 coup, his second-in-command, a Christian southerner from Ogun State, General Olusegun Obasanjo was drafted to replace Murtala. A Muslim Fulani from the same ethnic group in the North, General Shehu Yar’Adua, was railroaded to second-in-command ahead of top seniors like General Theophilus Danjuma.

The two times deliberate zoning arrangement was ignored, the regime either never took off or failed sooner than later. In 1983, when the military sacked President Shagari and brought in Major-General Muhammadu Buhari with Major General Tunde Idiagbon, both Muslims and from the geopolitical North, the regime had issues so early that it had to be sacked. In 1993, the stillborn third republic could not effectively take off at the federal level because the winning Social Democratic Party, SDP, ran a Muslim-Muslim ticket in Chief MKO Abiola and Ambassador Babangana Kingibe, an odd arrangement that made it easy for the military junta to annul it.

The most concrete operation of zoning to assuage political nerves and ensure balancing began in 1999 when Atiku played critical roles. The flag bearers of all the political parties were zoned to the South-West to conciliate the restive region over the annulment of the June 12 election.

After Obasanjo was picked as the PDP flag bearer in the 1999 election, Atiku Abubakar who was already a governor-elect of Adamawa was chosen as presidential running mate in a rare political arrangement aimed at creating balance considering that the Hausa Fulani was nowhere closer to the top as has always been the case. The top Fulani contender for the position Abubakar Rimi from Kano hailed from North-West where Shagari, Murtala Mohammad and Shehu Yar’Adua hailed from, hence the wisdom to look out to the North-East where Atiku, already elected a governor, had to be drafted. The next top position on line then, the Senate President had to go to Ndigbo of the South-East.

This was a deliberate effort by the military to ensure inclusiveness. It was a very convenient arrangement that upon getting to power, President Obasanjo and PDP found it necessary to enshrine zoning in the party constitution.

It’s therefore against this backdrop that one was taken aback last Thursday hearing Atiku addressing the NEC of the same PDP and talking as if zoning does not matter. One had expected Atiku, with history on his side, to take the party members down memory lane on why zoning was adopted by PDP ab initio, but instead, he took time playing the ostrich. Refusing to accept that zoning is indeed at the heart of PDP’s existence is like denying that rice is the Nigerian staple of all tribes. Zoning is to PDP what oxygen is to life on Earth.

One could see in Atiku Abubakar a struggle to accommodate personal interests where they conflict with reason and reality. By that act, he merely allowed his ambition(s) though not inordinate, to blur his rationality.

If PDP is interested in returning to power, it should zone its Presidency to win and to do that entails accommodation of multiple variables. That means that everything should be brought to the table for consideration so that all parties will understand why A is losing and why B is gaining. To just wake up to adduce that zoning is not the problem is duplicitous and amounts to being economical with the truth.

If providence says that Atiku Abubakar will rule Nigeria in 2023, the master-designer will do it and raise an unchallengeable template to achieve it. But it will certainly not be based on seeing the truth and pretending it is not there. Political pundits even believe that Atiku’s current predicament was preventable if he had not created a lacuna by his long away sojourn in Dubai, a situation that left room for political hirelings to jump into the fray unduly to hijack the system.

If it’s empirical that the South-East is the only geo-political region that has not produced a Nigerian president or Vice in this dispensation and political calculations are still disfavoring them, reason demands that they be factored into it not by feigning ignorance of their existence and the glaring injustice against them.

Characters like media mogul Raymond Dokpesi who believes an Igbo cannot win election in Nigeria and therefore should be discarded, need to know that if, for instance, Atiku Abubakar turns over his political machinery to his 2019 running mate Peter Obi, victory will be there for PDP but he will not do it because Nigerians are not oblivious of Shatrujert Nath’s authoritative counselling: “The universe is all about balance. The forces of light and darkness are meant to keep a check on one another. If one becomes too powerful and starts overrunning the other, that balance will be upset. For the tyranny of virtue is as unbearable as the stronghold of the vice.”

Is Nigeria not upset already? A word is enough for the wise. 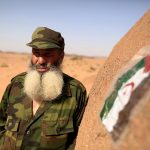 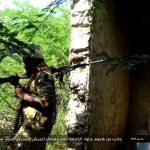