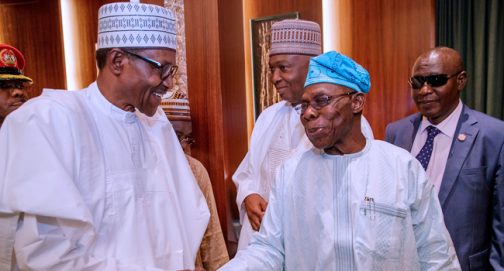 Let’s play politics, because as they say, all politics is local.

The absurd theatre of trying mightily to turn Anambra State into a private fiefdom by the powers-that-be did not start this Wednesday.

The political desperadoes who always claim to have INEC in their back pocket and the presidency under their top hat have the modus operandi of state-sponsored terrorism, plotting state of emergency, buying political prostitutes, arranging electoral mago-mago and judicial wuru-wuru etc.

Karl Marx said: “History repeats itself, the first as tragedy, then as farce.” Let’s backtrack in time to when the Peoples Democratic Party (PDP) used to be all the rage, the then President Olusegun Obasanjo made the promise of handing Anambra State to his domestic honcho, Andy Uba, as a bounty for his service.

It was on Thursday, July 10, 2003 that the then governor of Anambra State, Dr. Chris Ngige, was abducted by a host of federal forces led by Police AIG Ralph Ige and the Uba brothers.

Ngige’s miraculous phone call to then Vice-President Atiku Abubakar spawned a chain reaction that restored him to power.

The treasonable act was dismissed as “a family affair” by Obasanjo and the PDP.

The gist was that Ngige had resigned his office at gunpoint in a nondescript toilet and had sworn to an oath of loyalty to the Uba brothers at the dreaded Okija shrine.

Ngige claimed he played along by going to the shrine with his Bible! According to Ngige, “I never did resign. They forged my signature and whatever they are taunting about. If I am going to sign such a letter, I will ask my party. I have not done so.”

Justice Egbo-Egbo gave the ruling that Ngige actually resigned while Judge Stanley Nnaji of the Enugu High Court, claiming he had powers to oust a sitting governor from another state, gave the order ousting Ngige.

People’s power kept Ngige in office as thousands of Anambra men, women and children kept vigil at the Government House.

At about 4 AM on November 10, 2004 some hoodlums brought into the state in 40-odd buses burnt every building of government business and the broadcasting houses while the police stood idly by, obeying “orders from above”.

A prominent son of Anambra State, the novelist Chinua Achebe, author of Things Fall Apart, turned down the offer of the national award, Commander of the Federal Republic (CFR), and wrote a stinker to President Obasanjo: “For some time now, I have watched events in Nigeria with alarm and dismay. I have watched particularly the chaos in my own state of Anambra where a small clique of renegades, openly boasting its connection in high places, seems determined to turn my homeland into a bankrupt and lawless fiefdom. I am appalled by the brazenness of this clique and the silence, if not connivance, of the Presidency… Nigeria under your watch is too dangerous for silence.”

PDP chairman Audu Ogbeh, fearing that the regime may collapse over the Anambra matter like the National Party of Nigeria (NPN) in the 2nd Republic, courageously wrote to Obasanjo that it was only incumbent on him to stop the Anambra mayhem.

Angered, Obasanjo made sure Audu Ogbeh got forced to resign as PDP chairman, allegedly at gunpoint!

Ngige was reportedly shot at in the direct view of some visiting National Assembly investigating team, and his house was bombed to no avail.

Having failed in his bid to find reasons to declare a state of emergency in Anambra State, Obasanjo had to reluctantly bow to the rule of law by letting Ngige be removed by the election tribunal, thus paving the way for the coming to power of Peter Obi.

Even so, the war on Anambra continued with Governor Obi being impeached in an unholy hour by a handful of legislators holed up in the hotel room of a neighbouring state.

Governor Obi’s deputy, Dame Virgy Etiaba was sworn in as governor and had to be led to Aso Villa to pledge her loyalty to Obasanjo by the domestic factotum, Andy Uba.

Peter Obi went back to court to win back his mandate, but in the 2007 gubernatorial election in Anambra, Obi and Ngige were excluded from the ballot by INEC on “orders from above”, thus paving the way for Andy Uba to be declared the winner of the election with a number greater than the number of registered voters in the state!

In the results declared initially by INEC, Andy Uba scored 1,930,004 votes but the number had to be changed after the announcement of the result to read 1,093,004.

The “0” in the middle of the figures of the first result had to be brought forward to fix things up!

When Peter Obi went back to the Supreme Court, asking for the determination of his actual tenure, poor Andy Uba was sent packing after having served only 16 days as “governor”!

As his mentor Obasanjo was no longer in power, Andy Uba had to quickly flee from Government House, Awka.

Remarkably, a THISDAY advertorial of January 18, 2007 entitled “There is always an honourable way”, being the text of a press statement made on January 15, 2007 by Senator Ugochukwu B. Uba, the eldest brother of Andy and Chris Uba stated inter alia: “For several months now, silence has become a defense mechanism for most Anambrarians who have been bombarded by new self-appointed overlords, for whom politics is not a collective enterprise but a private monopoly of a coercive imprimatur. In fact, you are not only prevented from winning an election, but you are equally not allowed to lose an election because, in short, you are not allowed to participate at all. This new wave of political autarky does not only rotate around the orbit of one single individual who approximates the state but is further branded with self-arrogated franchises: to cause political and social damage in the name of the highest government in the land, in the name of the biggest party, in the name of our family, all without any authorization or consent; yet bringing all three names into public odium. If, then we cannot speak on behalf of the Federal Government or the PDP, at least we can speak for the family; that it is not being done in our name.”

The Senator Ugochukwu Uba statement concludes thusly: “Even if we bear our own pain, are we going to allow the whole of Anambra State to be traumatized and terrorized in our own family name? How can future generation of Ubas absolve themselves from this solo run of oppression if we are not seen to have done something concrete to combat it? We must stand with the people, irrespective of personal and family ties. For our family to exist, the State must continue to exist. That is the honourable way out.”

In a crass repetition of the theatre of the absurd today, the titular roles of PDP and Obasanjo have been replaced by APC and Buhari, with Andy Uba remaining as the only constant. 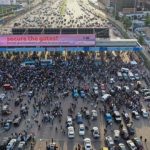 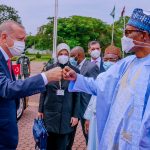 Fruit juice is not your foe: Study names the one beverage that lowers blood sugar levels within 3 hours

Global Upfront20 mins ago9 mins ago
18
Jan
2 hours ago