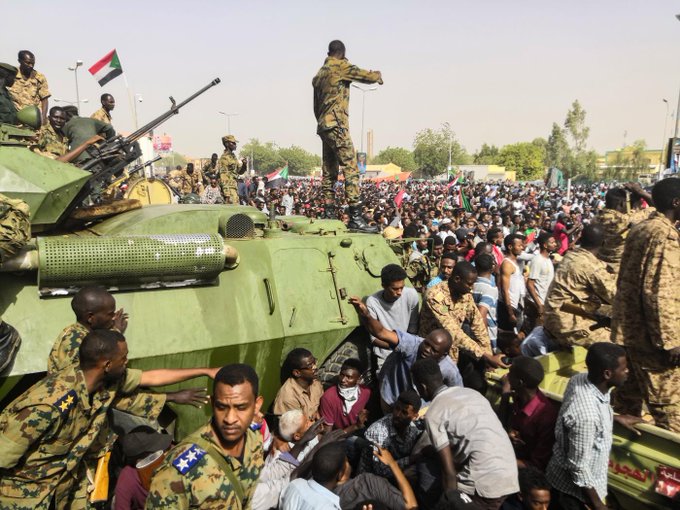 Sudan is in peril. On 25 October, just weeks after a failed coup attempt, the country’s generals removed the civilian-led government that had been piloting a transition after an uprising unseated long-serving ruler Omar al-Bashir in April 2019. Soldiers surrounded Prime Minister Abdalla Hamdok’s residence in the capital Khartoum, detaining him and other senior officials. General Abdel Fattah al-Burhan, who headed the Sovereign Council, a joint civilian-military body that has governed the country since August 2019, announced its dissolution, declaring a nationwide state of emergency.

Reaction to the coup from the street was swift. Thousands of protesters massed in Khartoum and across the country, raising the spectre of a reprise of past crackdowns on dissent. Seven people were killed and dozens injured after troops fired on crowds, according to early reports. Sudan’s international partners should condemn the military’s takeover, press it to avoid heavy-handed repression and stand ready to sanction the generals if they do not restore the transitional government.

Sudan’s generals, always reluctant participants in the civilian-military arrangement that ended a bloody impasse between the security forces and demonstrators following Bashir’s ouster, have ratcheted up pressure on their civilian counterparts over the past few weeks. They backed protesters who had gathered outside government offices, making an array of demands including disbanding the civilian cabinet, which they said had failed to jump-start a sclerotic economy.

In eastern Sudan, meanwhile, a months-long blockade by an ethnic group demanding greater representation under an October 2020 peace deal caused crushing shortages of essentials in Khartoum. Civilian leaders accused the generals of encouraging the blockade, presumably to stir up trouble in the streets. An attempted coup on 21 September, which the military blamed on a cadre of Bashir-allied Islamists but which several diplomats described to Crisis Group as a trial balloon, added to the sense of ferment.

“Under Bashir, the generals came to enjoy uncheckedcontrol of key economic sectors, running a web of companies with billions of dollars in assets.”

Under the terms of the transitional agreement, Burhan was slated to hand over chairmanship of the fourteen-member Sovereign Council to a civilian head in November. That step would have marked the first time in decades that a civilian had helmed Sudan’s government. The military had much to fear from passing this key milestone in the transition. Under Bashir, the generals came to enjoy unchecked control of key economic sectors, running a web of companies with billions of dollars in assets. The Hamdok administration had sought to roll back these privileges by bringing many of the military’s companies under civilian management. It had also taken steps to recover public property grabbed by former high-ranking officials. A committee established under the transitional charter to recoup plundered funds announced in April 2020 it had taken back into public hands 20 million sq m of residential land, more than one million acres of agricultural land, and dozens of companies and organisations.

The generals were also worried about the prospect that greater civilian control of the transition would lead to a more vigorous pursuit of justice for crimes committed in the aftermath of Bashir’s ouster or perpetrated to prop up the old regime. A core demand of the Forces for Freedom and Change, the coalition that led the uprising that toppled Bashir, was that officials in charge of security forces that massacred dozens of unarmed protesters in June 2019 be brought to book. Many of these officials still occupy senior positions in government and the military.

Moreover, numerous Sudanese also seek justice for the atrocities committed during Bashir’s long presidency, including in western Sudan’s Darfur region. Again, many among the top brass fear such moves, given their own alleged complicity in such crimes, just as they strongly oppose any steps to transfer the former strongman to the International Criminal Court. Several high-ranking officers have deep ties to Bashir’s National Congress Party, which governed Sudan for three decades.

Sudan’s economy gave the generals a tool with which to foment discontent. The Hamdok administration inherited a deeply distressed economy, dominated by a small class of Bashir cronies and battered by years of U.S. sanctions. COVID-19 compounded matters. Inflation in July stood at over 400 per cent, badly eroding the already dire living conditions of many Sudanese. It fell a month later to 387 per cent, still one of the world’s highest rates.  To balance the budget and demonstrate fiscal prudence to international financial institutions considering writing off Sudan’s debts, Hamdok’s administration had taken steps, including subsidy cuts, that caused considerable pain to citizens. Still, harsh as such measures were, they were beginning to bear fruit.

In recent months, the exchange rate was gradually stabilising and Sudan’s trade balance was improving for the first time since Bashir fell. Better still, the measures secured billions of dollars in debt relief. Nonetheless – and despite their own role in stalling economic reforms by clinging to control of key sectors – the military regularly made statements casting the civilian authorities as inept.

“The Sudanese public will not easily accept a return to authoritarian rule.”

Despite strong warnings by diplomats, including the U.S. Horn of Africa envoy, following September’s failed coup attempt, the generals decided to go ahead with another attempt at seizing power, a step that opens up serious risks for Sudan. First, having dislodged Bashir with the most sustained protest movement in the country’s history, the Sudanese public will not easily accept a return to authoritarian rule. By vowing elections in July 2023, Burhan is trying to signal that the coup is only a temporary measure and thus quiet opposition. But as shown by the thousands who have taken to the streets, few will accept Burhan’s claim that he and his allies acted in the national interest.

For the country’s military leaders, attempts to put down protests by force, as they did in 2019, would be a major miscalculation. It is not just that repression could lead to terrible bloodshed. The protest movement has also learned from past failures and is now more sophisticated, with a countrywide network of local committees able to organise effectively, even amid the internet shutdown authorities imposed on 24 October. The use of force could lead to a prolonged and bitter standoff that would close the door to resolution of the crisis.

Secondly, the power grab could very well sow further instability in the country’s peripheries. Sudan has barely known peace since independence in 1956, in part due to efforts by the centre to exercise absolute control over a notably diverse country. In October 2020, authorities inked the Juba Peace Agreement, a deal that brought some armed rebels into the government. The generals could cultivate the signatory factions, who have been remobilising their rank and file since the agreement came into effect, potentially to fight on Khartoum’s side in future confrontations with powerful armed groups that sat out the peace deal. A plausible end-state for the coup is thus renewed war down the line in Sudan’s peripheries and elsewhere.

Thirdly, the anaemic economy will likely get weaker still. Having succeeded in unlocking debt relief, the Hamdok administration had hoped that further reforms would bring in investment to help reduce mass joblessness among youth. With the advances now at risk, regression seems probable. The U.S. on 25 October paused $700 million in assistance to Sudan. The European Union (EU) is likely to take similar measures.

“Although the coup threatens to unleash mass suffering on the country’s beleaguered people, Sudan’s generals are unlikely to reverse it of their own volition.”

Although the coup threatens to unleash mass suffering on the country’s beleaguered people, Sudan’s generals are unlikely to reverse it of their own volition. Outside actors should lean hard on the generals to restore the constitutional order. As a first step, the African Union (AU) Peace and Security Council, as it did to good effect in June 2019 following the massacre of protesters in Khartoum, should suspend Sudan from membership in the body.

It should explicitly warn that it will impose travel bans and asset seizures upon Sudanese leaders who either authorise killing protesters or keep resisting a return to the transitional arrangement. To signal engagement at the highest level, the AU chairperson, President Félix Tshisekedi of the Democratic Republic of Congo, should consider convening an urgent meeting of the AU Bureau, comprised of five African leaders, one from each of the AU’s geographical regions.

In the days ahead, the AU, backed by key partners, notably the U.S. and EU, should strive to persuade the generals to restore the civilian-military coalition that is the only path to sustainable stability for Sudan. The Gulf monarchies and Egypt, which of all outside powers have forged the tightest links with Burhan and the military, should urge authorities to exercise restraint rather than resort to indiscriminate force.

The U.S. and EU should use the considerable leverage they have with Gulf capitals and Cairo to convince them to push the generals in Khartoum to change course. Although leaders in Cairo and Abu Dhabi, in particular, have close ties to the generals, they stand to gain nothing from the instability in Sudan that appears likely to follow the military takeover, particularly if the military attempts to strong-arm protesters into silence.

AU-led mediation may also be required to broker fresh dialogue between the military and civilian representatives of the original protest movement. Such talks would aim at exploring how to mend the tattered relations between the transitional government’s civilian and military wings. Mediators should demand the immediate reinstatement of Hamdok and the transitional charter. The military will likely want concessions on asset seizures and the pursuit of justice, but discussions about those issues should occur only after the generals have put the civilian authorities back in charge and released political prisoners.

This is a dangerous moment for Sudan and its neighbours. Keeping bloodshed in the streets to a minimum is the most urgent priority. Beyond that, reinstating the transitional order is critical for salvaging the possibility that the country can move toward free and fair elections and out of the military-run system that has brought Sudan to ruin. One of Africa’s largest countries, Sudan borders seven other states and straddles the Horn of Africa, North Africa and the Sahel. Its geopolitical importance is growing amid jostling among rival powers along the Red Sea and Islamist militancy in the Sahel, not to speak of Ethiopia’s escalating and dangerous war and South Sudan’s civil strife. A protracted struggle in Sudan would be a further disaster for the region. All parties should pull out all the stops to prevent it from happening.

The above was published by International Crisis Group, https://www.crisisgroup.org/africa/horn-africa/sudan/reversing-sudans-dangerous-coup 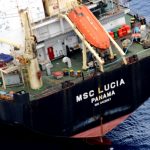 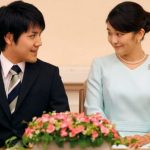