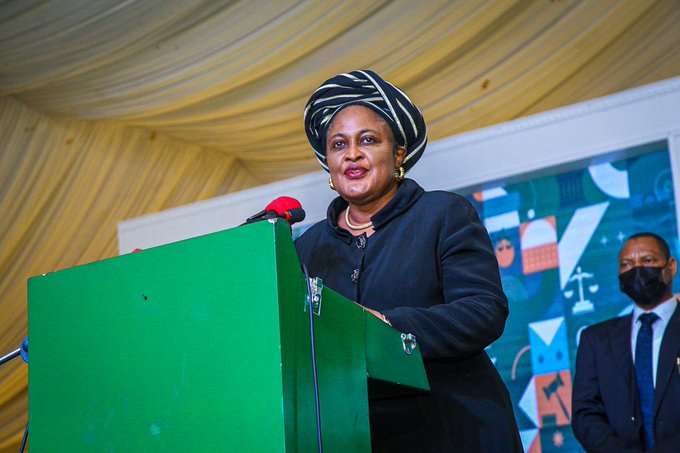 I received with utter consternation and devastation the news that the Buhari Banditocracy invaded the home of the 2nd senior-most Judicial official in the land – the Hon Justice Mary Odili.

That a judicial jewel of the nation would have her residence invaded in such a cavalier, humiliating and barbaric manner must outrage the sensitivities of any sensible human on the planet.

That the first female justice emerging from two-thirds of the South of Nigeria would be so disgracefully maltreated solidifies the justifiable belief by sections of this country of Buhari’s animus towards Nigerians of Igbo extraction. Buhari has once again heightened sympathy for the separatist movements.

Worse still is that My Lord Justice Mary Odili is only the second female justice in the history of Nigeria to rise to number two in the Apex Court.

That anyone could unleash such horror upon such a senior and historic figure beggars belief and starkly illustrates our further descent into Buharific Barbarism.

This is sadly not the first time Her Lordship has been sidelined. For the first time in recorded history My Lord Justice Mary Odili was omitted from the Presidential Election Appeal Panel as the order of seniority was jettisoned that then went on to give an ex tempore voce verdict keeping Buhari in office again for the first time ever in a matter of this nature.

The senselessness and stupidity of the action is in itself stupefying. Whether the mission was to kidnap or assassinate her Lordship is anyone’s guess but if a former First Lady, high court judge, justice of appeal can be exposed to this then who is safe in Nigeria?

As at now it is unclear whether it was Hisbah religious police that raided her Lordship’s home because videos show men in Baban riga in her premises. Photos show an ID purportedly signed by AGF Malami which could make this just the latest malamic malady. The AGF does not own or operate a private army, militia or police under the constitution.

Sadly as the Chief Justice of Buhari (CJB) continues doddering & blubbering, we should not be surprised that desperadoes are out to discredit and denigrate any able and efficient heirs-apparent.
Even the timing amidst the Nigerian Bar Association’s National Convention in PortHarcourt no less was a slap on the face of the entire legal profession.

This latest episode of executive brigandage and banditry is not new at all.

Buhari framed and ousted the first Southern Christian Chief Justice of Nigerian just as he has now attempted with the first potential female southern female Christian CJN using an abuse of legal processes.

Similarly they raided the other arm of government too holding NASS members hostage as well in the infamous 2018 Daura DSS invasion as they have now done to the judiciary.

Similarly they raided the homes of justices of various tiers at midnight in 2016 from which they failed to secure prosecutions for most or convictions for any. Indeed the courts have ruled that this is an improper procedure for judicial discipline.

This is why I submitted in my petition to the NJC in 2019 that Gen. Buhari has solidified his ignominious place in history as the worst enemy of the judiciary ever in Nigeria.

I pity the Nigerian people who are doubly jeopardized by non-state terrorists and state terrorism simultaneously.

At the same time Boko Haram is executing soldiers, mystery police squads are executing dubious warrants on judges. The difference between the state terrorists and non-state terrorism is becoming less distinguishable.

I want to commend the Rivers State Legislator Hon. Betty Apiafi who rushed to the defense of the good justice like her colleague Hon Rep Boma Goodhead did in the inglorious invasion of NASS.
These Rivers women Reps have shown uncommon courage in confronting cowardly men.
Indeed one recalls the valiant intervention of Rivers Gov Wike in fending off a similar assault on justices in Rivers State by DSS.

In this light, the annals of legal history in Nigeria will remember kindly the role of Riverians in standing up against the wicked and lawless regime of Gen. Buhari.

Buhari’s only achievement since he was last kicked out of power for his wicked by his fellow northern colleagues in the 1985 is that he has perpetrated a similar anti-Democratic coup using stolen robes of a democrat.

He will go into the garbage bin of history as the only Nigerian ruler who gave Nigerian citizens great joy two times by leaving office. 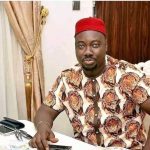 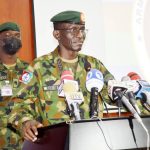