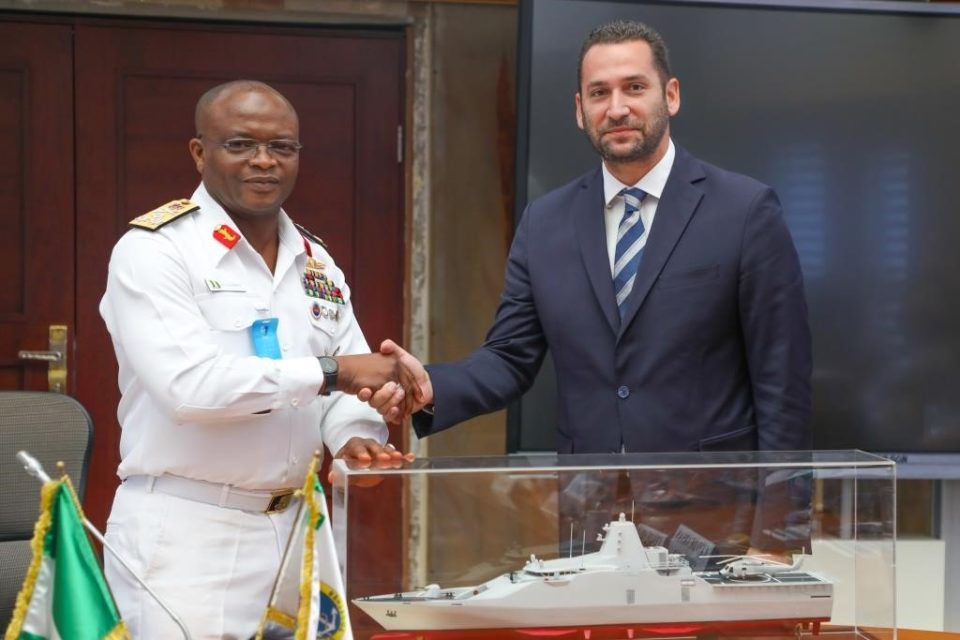 The Nigerian Navy on Wednesday signed a contract with a Turkish company, Messrs Dearsan Shipyard Limited for the procurement of two brand new Offshore Patrol Vessels.

The two vessels are expected to be completed within 37 months.

On delivery, the two High Endurance Offshore Patrol Vessels with the capability to carry out maritime interdiction operations, surveillance and special forces operations as well as provide naval fire support to land forces is to be deployed to man the upcoming ECOWAS Multinational Task Force in the Gulf of Guinea (GoG).

Speaking at the ceremony, Chief of the Naval Staff, Vice Admiral Awwal Gambo, recalled that Nigerian Navy has in the last couple of months brought to bear her dominant status in the region by sustaining an aggressive presence in the nation’s maritime environment, leading to drastic reduction in acts of criminality in the domain.

This development, he stated, has been acknowledged by the International Maritime Bureau (IMB) in its Global Piracy Report of 14 July 2021, indicating the lowest total of piracy and armed attacks against ships in 27 years.

According to the CNS, this report was corroborated by the Defence Web maritime security report of 15 October 2021 which noted further decline in reported cases of piracy and armed attacks against shipping in the Gulf of Guinea (GoG), a development he attributed to the impact of NN maritime security operations efforts.

Admiral Gambo stated that the contract signing ceremony was another milestone achievement by the Nigerian Navy in her fleet renewal effort towards realizing her 2021-2030 Strategic Plan and expressed gratitude to President Muhammadu Buhari for his continued support and goodwill towards the Nigerian Navy.

The CNS also recalled that on the directive of the President, the Nigerian Navy hosted the Chief of the Ghana Navy to discuss collaborative efforts to combat piracy and other maritime crimes in the Gulf of Guinea (GoG) and during the meeting, it was agreed that there was a need to establish a standing ECOWAS Multinational Task Force in the GoG.

According to the statement on the signing ceremony by Naval Spokesperson, Commodore Suileman Dahun, “pertinently, to sustain the upwards trajectory of the NN’s operational engagements and actively participate in the proposed Task Force, the CNS informed that the President granted approval for the NN to procure two High Endurance Offshore Patrol Vessels with the capability to carry out maritime interdiction operations, surveillance and special forces operations as well as provide naval fire support to land forces.

”The OPVs will also be capable of conducting search and rescue operations, anti-piracy, anti-smuggling and anti-drug trafficking operations and disaster relief operations among others”.

Admiral Gambo  further revealed that the process of selecting a shipyard capable of constructing the OPVs began in earnest and Dearsan Shipyard  Limited was selected based on its track record and the conviction that the shipyard would be able to construct a platform that could be deployed as an OPV in peacetime, while having the capability and flexibility to be quickly outfitted with sensors and weapons to re-role the platform for warfare and maritime defence purposes, at a cost effective price.

According to him, the signing was a remarkable day as it marked the consummation of relationship between the NN and Messrs Dearsan which is hoped would lead to more fruitful engagements between Nigeria and Turkey in the future.

While responding, the Chief Executive Officer of Messrs Dearsan Shipyard, Mr Murat Gordi appreciated the Nigerian Navy and the Federal Government for the confidence placed on their company to construct the Offshore Patrol Vessels.

He further assured that the company would reciprocate by building the best in class vessel for the Nigerian Navy and ensure the contract is faithfully executed to deliver true value for money.

Mr Gordi added that this project will further strengthen ties between the Federal Republic of Nigeria and Turkey through the provision of added value in technological transfer and expertise.

The event was graced by principal staff officers of the Naval Headquarters and representatives from Messrs Dearsan Shipyard Limited. 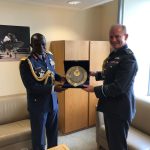 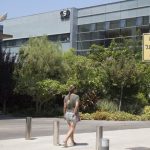