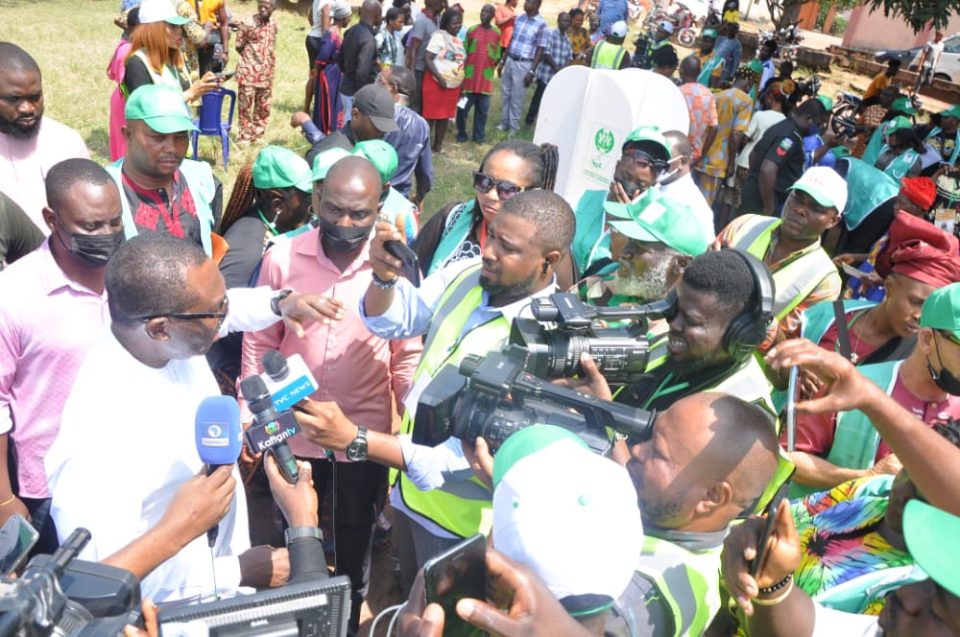 The Governorship candidate of All Progressive Congress, APC, Senator Andy Uba has thanked Ndi Anambra and all those that contributed one thing or the other before and during his November 6, election.

In the press release signed by the Deputy Director, Media and Publicity of the Campaign, Ikechukwu Emeka Onyia, SAUGCO while reporting about Uba’s appreciation of those that supported his aspiration, also stated that Senator Andy Uba did not reject the election result as reported in some sections of the media.

Appreciating his supporters, Uba said: “Let me start by thanking Almighty God for keeping us all alive this day.

“My simple duty today is to show appreciation to all those that supported my aspirations in one way or the other. Many persons made sacrifices, individually and collectively, to support our aspiration and I thank them all immensely.

“To our great Party, the All Progressives Congress, APC, thank You for allowing me to fly the flag of this great party, as its gubernatorial candidate for the Anambra State 2021 governorship election.

“Many people worked tirelessly to ensure the success of our campaign, with several donating their money, their time, family time, energy and other materials to support us; I am grateful to you all. Your commitment remains unmatched and I will always be grateful.

“The main heroes of this election are those that voted for us in anticipation of the enthronement of a government that will be responsible and responsive to the affairs of our dear state. You trooped out to cast a vote in support of a vision of Setting New Agenda for the state on which our campaign was anchored. I salute your doggedness.

“The election campaign offered us another wonderful opportunity to feel, first hand, the realities of everyday challenges which confront our people.

“To Mrs Nweke, an aged woman who came to me at Ebenebe while I was on the campaign grounds and said to me: ‘Nwam iwinie biko chete ruolu anyi Uzo batara Ebenebe na Oba’( my son, if you win, remember to construct Ebenebe to Oba Ofemili road), Mama, your request was one of the things which propelled our quest to govern Anambra.

“Throughout our campaign, we met our citizens who expressed the hope that we win and set a new development agenda for the state. I appreciate you all.

“Our campaign has been about how to use the instrumentality of government to solve problems facing our people.

“At times like this, there is always the tendency to resort to finger-pointing and self-blame regarding who did what or who did not do to ensure a successful outcome for our gubernatorial quest, but I’d like to say here and now that, that should not be the topic. There is, perhaps, the more urgent need to focus on the goals of a better Anambra, which was the basis of this aspiration in the first place.

“To young people that volunteered to support my aspiration, I appreciate you all. It was to be the government that ought to have provided answers to the needs of our youth population.”

On Senator Andy Uba rejecting results as reported in the media and ascribed to the Senator Andy Uba Governorship Campaign Organisation, it is not true. SAUGCO has not made any categorical statement on the said election especially on whether our candidate rejected or accepted results of just concluded Anambra State election.

The Campaign organisation stated that it will be too early to make official statement by their candidate without meeting with his team and the party. His reaction will be made public after meeting and analysing the entire process this weekend.

Now that INEC has declared the result and announced the APGA candidate, Professor Charles Chukwuma as the winner, as a law-abiding citizen, Uba urged that his supporters remain law-abiding while we analyse data from our field officers, to put us in good stead to officially react to this unexpected outcome.

”Just be assured that Senator Andy Uba will always follow the dictates of the law in whatever issue he chose to pursue for the overall interest of the state. He will not be found on the negative side of the history in the cause of this election” 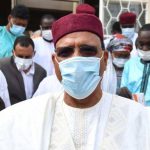 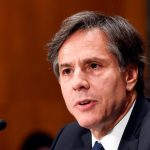