Sources confirmed that the Cameroonian government forces were first ambushed and attacked with an Improvised Explosive Device (IED) before following up with rapid gunfire.

Reports say the Government Forces were returning from night shift when the separatists leader, General Okoro-led group attacked them.

The Ambazonian separatists seem to be getting more audacious with their targets after every other attack. Security experts say most of the attacks have become more frontal, as against when they were more after “Soft targets”.

Earlier in the week, for instance, the Ambazonian separatists launched an explosive device into a 650 capacity amphitheater packed with university students. Although the group has not officially claimed responsibility, intelligence reports say all fingers point in their direction.

More than a dozen fatalities were recorded in that incident, which also had some State officials and the Canadian Ambassador to Cameroon in attendance. The event was meant to be a peace lecture.

Some Security Analysts say these attacks are coordinated messages to the State of Cameroon that “Peace was far from realised in the two regions”, since a bitter war for the restoration of the independence of the State of Ambazonia broke out between Separatist and Government Forces in 2016. 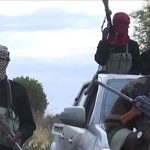 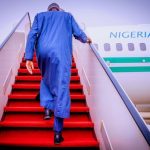