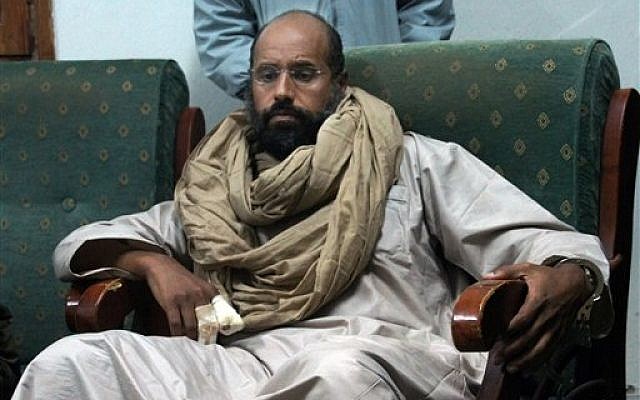 “Seif al-Islam Kadhafi submitted… his candidacy for the presidential election to the High National Electoral Commission office in the [southern] city of Sebha,” a statement by the commission said.

It said he had completed “all the required legal conditions” and that he was also issued with a voter registration card for the Sebha district.

Libya’s first-ever direct presidential poll, with a first round on December 24, is the climax of a process launched last year by the United Nations to draw a line under years of violence since the revolt that toppled Gaddafi in 2011.

The long-awaited vote still faces challenges, including unresolved issues over election laws and occasional infighting among armed groups. Other obstacles include the deep rift that remains between the country’s east and west, split for years by the war, and the presence of thousands of foreign fighters and troops.

In a video released by the elections office where he registered, Seif al-Islam addressed the camera said that God will decide the right path for the country’s future. He wore a traditional Libyan robe and turban and spectacles.

Seif al-Islam, 49, the second of Gaddafi’s eight children, was sentenced to death in July 2015 for his role in the murderous repression of the 2011 revolt. He was released from Libyan prison in 2017.

In July, Seif al-Islam emerged from years in the shadows and told The New York Times he was planning a political comeback.

In a rare interview, he said he wanted to “restore the lost unity” of Libya after a decade of chaos and did not rule out running for the presidency.

The dictator’s erstwhile heir apparent is wanted for crimes against humanity by the International Criminal Court (ICC). Seif al-Islam Gaddafi speaks to the media at a press conference in a hotel in Tripoli, Libya, in February 2011. (photo credit: AP/Ben Curtis)

Until the interview, Seif al-Islam had not been seen or heard from since June 2014, when he appeared via video link from Zintan, in the west of the country, during his trial by a Tripoli court.

Before 2011, the fluent English speaker often appeared in the West as the public face of his father’s regime. He held no official post but had influence as a loyal emissary of the regime and architect of reform.

Gaddafi the dictator had eight children in total, most of whom played significant roles in his regime.

His son Muatassim was killed at the same time Gadhafi was captured and slain. Two other sons, Seif al-Arab and Khamis, were killed earlier in the uprising. Another son, al-Saadi Gadhafi, was released in September after more than seven years of detention in the capital of Tripoli following his extradition from neighboring Niger. 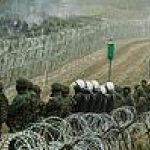 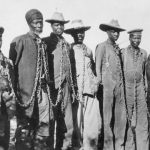