It is a popular notion that democracy is good and is, indeed, the best form of government. Nigeria has practised democracy for consecutive 22 years since 1999 with little to show for it.

What we are seeing, instead, does not tally with the hype. Is it that we are not practising it as it should be or we are not democratic by nature? Maybe we have allowed the hangover of our 30 years of military rule to continue to dog step of ours. Could it be all of the above? Who did this to us?

A Nigerian proverb roughly translates to character as everything. Where there’s character, so goes the proverb, ugliness becomes beauty; in its absence, beauty becomes ugly. Indeed, character is everything.

Is there something that we are not getting right…that is making a supposedly beautiful democracy ugly and sour in our case?

The above musings form the bedrock of our commentary this week as we try to X-ray the two main political parties in the country looking ahead to 2023.
Perhaps the most worrisome and disheartening thing ahead of 2023, politically speaking, is that Nigerians are condemned to only two political parties, the ruling All Progressives Congress (APC) and the main opposition Peoples Democratic Party (PDP). Either of these two is certain to produce the next President in 2023.

It may be a fair comment to say that it’s a curse that the choices for our political future are tied to APC and PDP, going by happenings in these parties.

If therefore, the expectations are high that the much-awaited President to rescue and prevent this country from hitting the dyke will come from either of the two political parties, then the solution to the myriads of problems may be distant. This may seem pessimistic but it’s empirical, going by the staccato nature and organization of the political parties.

It is a pipe dream to expect any of these two platforms to produce the much-desired messiah who would clean up the Augean stable of our current mess in the land.
If the proof of the pudding is in the eating, Nigerians, after 22 years, can claim rightly that they have eaten democracy and can justifiably say whether it’s worth the journey. They have also married the leading political parties and nothing has changed in the matrimony. But the question is, if democracy is not worth the journey, what is the alternative, certainly not the crooks in uniform again who indeed laid the foundation for the current untidy state of things. Maybe the time has come inevitably to rejig the system for good.

The two dominant parties from which Nigerians expect the next President, by their organization and discipline, are in a very precarious state. The situation is such that each of them is waiting and praying for the other to implode so that it will take advantage of such an implosion. None is preparing to win an election based on the strength of its character, ideology or record of performance. As things stand now even the implosion of one does not guarantee any advantage to the other as its condition might even be worse. Two ailing persons cannot be suitable where health and strength are required. It doesn’t matter whether one is having cancer and the other Covid-19, the truth is that the duo is not healthy for the task ahead.

The state of the two parties takes my mind back to 2004 during the Presidency of Olusegun Obasanjo. Then, a Kano-born Yoruba artiste, Eedris Abdulkareem, released a satirical album that he called ‘Nigeria Jaga Jaga.

Obasanjo was just a year into his second term and found the album a wrong assessment of his five years in office. Obasanjo is a Yoruba who understood very well the meaning of the word which translates to mean that Nigeria is in a shambles. The President didn’t feel it was a fair assessment of his regime and was even angrier that Nigerian youths were going crazy in embracing the provocative lyrics:

During this time the artiste was still bemoaning the crime in vogue at the time, armed, and political robberies and assassinations. Today, crimes both within and outside political space have since migrated to some bigger format making what made Nigeria Jaga Jaga then a mere child’s play when juxtaposed with the current situation in the country.

The reason artistes, like the proverbial mad man in the village square, are never taken for granted is because of what an American philosopher and psychologist William James said: “The lunatic’s vision of horror are all drawn from the material of daily fact.”

The behaviour of the two leading political parties is not leaving us with any impression that all is well no matter how refined our language of analysis might be. The APC and PDP are in a shambles at the moment. The duo is a twin duplex with identical structures but different tenants.

The obvious poor glaring governance delivery has thrown the ruling APC into a very serious quagmire as they search for President Muhammadu Buhari’s successor.

For over one year now the APC has been led on a caretaker basis because of the fear of playing by the rules. The very few times it held its National Executive Committee meeting it was a command system, rolling out orders from the Aso Villa to helpless but angry party leaders. How can a ruling party that dreads the National Convention help to hold the nation together?

When a political party is afraid of going by the democratic demands in its activities, you can guess how far it can go to nurture and implement democratic norms.

The main opposition party, PDP, which should have been smiling away a beautiful opportunity created by APC’s jaga jaga rule, recently shot itself in the foot as it returned to litigation putting itself at the mercy of the courts again.

At the moment, PDP has three ineffective National Chairmen, Prince Uche Secondus, suspended by a Rivers State High Court under the instigation. of Governor Nyesom Wike [from where the PDP return journey to courts began.] There is an acting National Chairman, Elder Akinwumi and the controversial consensus National Chairman-elect, Dr Iyorchia Ayu. The party is currently polarized between a few ambitious state governors and other stakeholders.

Can a party in such a needless mess on the eve of the election go far? The confusion in the two leading political parties, APC and PDP were such that the U.S. Secretary of State, Anthony Blinken, visited Nigeria last week but could not meet with the leadership of the key political parties because none of the two, APC and PDP, has a proper democratic structure on the ground. APC has a perpetual acting National Chairman who is also an executive state governor, PDP on their side has three National Chairmen all praying for the judiciary to endorse them one way or the other.

So ahead of 2023, the two leading parties are in a shambles, a condition that worries democratic watchers bearing in mind the incredible role the two political parties are expected to play in deepening our democracy. But as presently constituted, they are incapable of initiating any fundamental changes because they are tied to the old order which has never worked.

Truth is that at the moment our democracy is torn to pieces by parties and their animosities with no end in sight.

My long experience as a political journalist who has been part of this dispensation from inception, either in the newsroom or in the political terrain as a technical aide, teaches that an American conservative activist, Morton Blackwell, is smack right that:To succeed inside a political party, one must cultivate an ability to sit still and remain polite while foolish people speak nonsense.”

The message of this week’s conversation, therefore, is that Nigerians should brace up and intensify their search for political eldorado and not be deceived by the sweet product sales of APC and PDP because they have little hope in their bag to offer and rescue our dear country. Not that they don’t have the curing drugs to the ailment in their bags but they won’t follow the physician’s prescriptions. 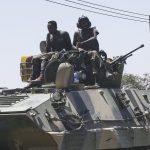 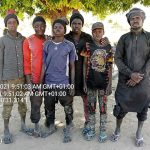 2023: Why Enugu Rotation is Good to Copy