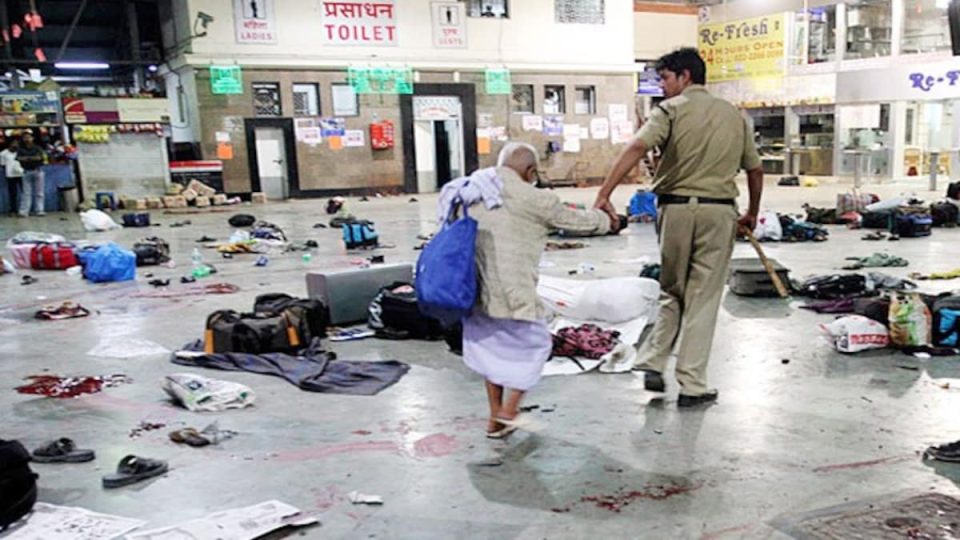 When I was invited to speak on the topic: 26/11 Mumbai Terrorist Attack: 13th Anniversary: A Tribute To Bravery, An Initiative To Honour Survivors And Their Families, my mind went back to that day in infamy.

The event that started on November 26, 2008 was most daring, shocking and inhuman. And for the next 60 hours, they unleashed shock and fear, violence, deaths and uncertainty on an otherwise peaceful but bustling city of Mumbai.

These violence were beamed live on global television audience and recalibrated in national and local news outlets. It was a senseless carnage that is still beyond understanding.

Earlier, 10 Lashkar-e-Taiba terrorists left Karachi, Pakistan through the sea, for the murderous journey to Mumbai, India, by boat. They then hijacked a fishing trawler, killing the four crew members and throwing their bodies overboard. For the Captain, they just slit his throat.

Having docked the fishing trawler at the Mumbai Waterfront near the Gateway of India monument, they hijacked cars, including a Police van and split into at least three groups, armed with automatic weapons and grenades. And the mission to terrorise Mumbai and all of India and the peace loving people of the world began.

By the time their final fire was extinguished, 166 people were killed, including 18 security personnel. Many were injured.

Of the 10 terrorists who invaded Mumbai, India from Pakistan, nine were killed in combat. One, Mohammed Ajmal Kasab, survived. But this villain, the lone surviving terrorist who brought Indians to tears, was executed on November 21, 2012.

But in their wake, the evils unleashed by these blood-thirsty demons from hell was numbing. Let’s refresh our records.

Shhatrapati Shivaji Terminus railway station: November 26, 2008 – Approximately 58 people were killed during a 90-minute attack.
And as they left the train station, these terrorists fired into a crowd gathered around a Police barricade. Ten additional people were killed.

Cafe Leopold: November 26, 2008 – Approximately 10 people are killed during the attack which lasted for 10-15 minutes.

Cama and Albless Hospital: November 26, 2008 – Outside the hospital, the terrorists ambushed a group of Police officers, killing six of them.

Nariman House: November 26-28, 2008 – Seven people were killed during the three-day siege at the Jewish Community Centre.

Once the fires were extinguished, the investigations kicked off in high gear, armed with the sole surviving terrorist and the personal and electronic trails they left behind. The course of justice was served on all the people who, directly or indirectly, aided the terrorists’ attack, especially those outside India.

The investigations also showed international cooperation and joint operations to nab all those involved. For example, on October 3, 2009, a US citizen, David Coleman Headley (aka Daood Gilani), was arrested in Chicago, accused of scouting out locations that were targeted during the Mumbai attack. Headley pleaded guilty on March 18, 2010 and was sentenced to 35 years in prison.

In the same vein, a Canadian citizen, Tahawwur Hussain Rana, was arrested in the same Chicago for facilitating the attacks by helping Headley obtain a fake visa to travel to Pakistan. While he was not found guilty of conspiracy to provide material support to the terrorists, he was found guilty of two other charges, including providing material support to Lashkar-e-Tayyiba.

Also, on November 25, 2009, seven men were charged in Pakistan in connection with the attacks, including the alleged mastermind, Zaki-ur-Rehman Lakhvi. Though no charges or conviction came out of this, including the arrest of Hafiz Mohammed Saeed, leader of group associated with Lashkar-e-Tayyiba, it shows the extent of cooperation even if it didn’t go far because of domestic politics.

When the Mumbai terrorists’ attacks took place, we in Nigeria saw it as a sickening story from a distant land. We felt it, mourning and commiserating with our Indian brothers and sisters, and their government.

But to show you why all nations must work together and destroy terrorism, not just condemn it, 13years ago, terrorism was alien to Nigeria. But today, Nigeria is ranked third in 2021 Global Terrorism Index, after Afghanistan and Iraq. Nigeria is the third most terrorized country in the world, no thanks to Boko Haram/Islamic State in West Africa Province (ISWAP) terrorists.

Remember that at a time, Abuja became a theatre of war. On June 16, 2011, a Boko Haram suicide bomber drove a car bomb onto the premises of the Louis Edet House in Abuja, the headquarters of the Nigeria Police Force and bombed part of the compound around the parking lot.

And to drive home their trade, August 26, 2011, Boko Haram deployed a car bomb which attacked the UN compound in Abuja, killing 23 people and injuring more than 75.

On April 14, 2014, Boko Haram capped their debauchery by invading the Government Girls Secondary School, Chibok, Borno State, kidnapping 276 schoolgirls, sparking global outrage and triggering the #BringBackOurGirls campaign on Social Media. Now, almost the whole of Northern Nigeria is reeling from one form of terrorism or the other.

What do we learn from the Mumbai carnage? Joseph W. Trindal said in ‘And as The Mumbai Attacks – Lessons for the Western World’: “Despite the widespread carnage and the lives lost, there were some valuable lessons learned as well – including the following:

–   Coordinated multi-prong attack methodologies should be expected and studied by all emergency-services agencies and jurisdictions.

We also ponder at how the Mumbai terrorists’ mastermind in Pakistan masterly used live media coverage, analysed every report and used it to update and direct the carnage carriers on ground, giving them the strategic and tactical operations, minute by minute, hourly, daily update which prolonged the killings and destructions.

So, what do we do today as we commemorate the 13th anniversary of this carnage other than to pay tributes to all 166 men and women who lost their lives in 26/11 Mumbai terror attacks.

We pay tribute to the men and women who lost their lives, to many survivors who still bear the scars of the terror attacks. We convey once again our condolences to their families, the government and people of India. We remember, with fondness, the brave security personnel who faced the terrorists, exhibiting bravery and sacrifice.

The nation of India, its friends and all peace loving people of the world are grateful that they gallantly fought and made the supreme sacrifice.

India has reaffirmed collectively that they stand against all forms of terrorism. What they have done is to show the world, especially friendly nations facing the same scourge of that when there is elite consensus and mass mobilization of the citizenry, terrorism can be defeated and all those who have hands in it will be exposed and punished according to law.

Again, India, in its directness and purposefulness, seem to have adopted the General Colin Powell principle, which is: ”… is very, very simple. First, we’re going to cut it off, and then we’re going to kill it.” The whole focus of domestic or international war on terrorism rests on this – cutting them off, killing them wherever they are, or giving them justice wherever they are found. There should be no negotiation.

This is what Indian has taught the world. And this is the sacrifices of the men and women who paid the supreme price for freedom in the Mumbai attacks 13 years ago. May the souls of these worthy men and women rest in perfect peace.