Governor Babagana Zulum of Borno State and his Zamfara counterpart, Bello Matawalle, have cried out that terrorists are overrunning their States.

While Zulum said fighters of the Islamic State West Africa Province (ISWAP) would wreak havoc more than Boko Haram not only in Borno but in other parts of the country if not tackled, Matawalle said bandits were being released without trial by competent courts of law and that over 600,000 people are now IDPs.

The Borno governor spoke when he received the Senate Committee on Army in Maiduguri, while Matawalle made his position known when he received in audience, a federal government delegation led by the minister of defence.

Governor Zulum during an interactive session with the Senate Committee on Army, at the Government House in Maiduguri, on Wednesday, said that Abadam and Guzamala LGAs are under the control of Boko Haram.

Our correspondent reports that the two LGAs are in the northern part of Borno State and had been under Boko Haram occupation for years.

The federal government had consistently said no part of Nigeria is under Boko Haram occupation.

Recall that at a time, the Chadian troops had recaptured Abadam and other towns from the assailants and stayed there for months before they left the shores of Nigeria and continued repelling the terrorists along the Chadian land and water-locked areas.

But after they retreated following the deployment of Nigerian troops, it did not take long when ISWAP fighters mobilised again and took over many towns and villages in Abadam and Guzamala, among others.

Since then, the terrorists have been controlling the affairs of the locals who could not leave to safer places or IDP camps.

Locals said they have continued to pay taxes and levies to the invaders to have access to their farms and markets.

Zulum also expressed concern over the growing presence of ISWAP in the southern part of Borno after dislodging fighters loyal to the late Abubakar Shekau.

“I must commend the Nigerian Army for the relative peace in many parts of the state but I want to appeal to the military to take the war against the insurgents and chase them out because ISWAP is currently recruiting fighters in some parts of the state,” he said.

“If nothing is done to check and tackle the growing presence of ISWAP fighters who are better armed, better equipped, more deadly, more sophisticated and receive more funds than Boko Haram, it will be disastrous not only to Borno State but the country in general.

“They (ISWAP) are growing spontaneously and it is not difficult for us to address these problems; we need to pursue ISWAP at this early stage.

“ISWAP fighters are mounting checkpoints between Damboa and Biu; they are collecting taxes from communities because just three days ago, I got security information that they held a party (ceremony) with over 300 machines. Something needs to be done especially in the axis of Askira, Chibok and Damboa.

“Another issue is that two of our local government headquarters are still under the control of Boko Haram terrorists, Malumfatori in Abadam Local Government and Guzamala.

“I have commended the Nigerian Army for the relative peace in many parts of the state and there is nothing wrong if I ask them to wake up from the slumber in addressing the problems of ISWAP,” the governor said.

When contacted last night to get the military’s reaction to Zulum’s comment, the spokesman for the Nigerian Army, Brig.-Gen. Onyema Nwachukwu directed one of our correspondents to the Defence Headquarters.

However, efforts to reach the Acting Director, Defence Media Operations (DMO), Maj.-Gen. Bernard Onyeuko proved abortive as calls to his mobile phone were unanswered and a text message sent to him was yet to be replied to as at the time of filing this report.

But a highly-placed source in the military said politicians have started playing politics again by trying to curry favour from the public with their comments and proclamations, urging them to stop playing politics with the lives of innocent Nigerians.

The source maintained that the frontline troops have been well-equipped since the Chief of Defence Staff, Gen. Lucky Irabor took over the mantle of leadership as Defence chief.

“You know they have started politics. This is 2022. Please, don’t listen to anybody, our troops are well-equipped, and their morale is very high,” the military source said.

Elsewhere in Zamfara, Governor Matawalle said bandits were being released after they were arrested without being charged to court to answer the atrocities they committed.

The governor who hosted a high powered federal government delegation on a condolence visit to Gusau, the state capital, said this could be partly responsible for the persistence of armed banditry in Zamfara and adjoining states.

Matawalle said the failure to punish apprehended criminals emboldened them to be killing harmless civilians.

Others were the Minister of Police Affairs, Alhaji Maigari Dingyadi, Minister of Humanitarian Affairs and Disaster Management, Sadiya Umar Farouk and the Senior Special Assistant to President Muhammadu Buhari on Media and Publicity, Malam Garba Shehu.

Matawalle said that the disposition of those charged with the responsibility of tackling them strengthened the audacity of the terrorists and made banditry attractive to some misguided elements.

The governor did not name those behind the release of the terrorists. However, Daily Trust reports that security operatives had severally claimed that they arrested bandits and their collaborators but nothing was being heard about their arraignment.

Our correspondent reports that there were brutal attacks on some communities in Anka and Bukkuyum Local Government Areas of Zamfara last week.

Though residents, families of victims and witnesses described the attacks as a massacre and put the death toll at over 100, the governor and some traditional rulers accused the media of exaggerating what happened.

But the condolences and condemnation that trailed the Zamfara incident pointed to the fact that many people have been killed.

Governor Matawalle told the delegation: “Another problem we have noticed is that despite the remarkable zeal of our troops, they lack modern equipment with which to prosecute modern warfare.

“Prosecution of modern warfare depends largely on modern war equipment and gadgets. It is very vital for these modern war instruments to be provided to our troops if we are to win this fight against banditry in Zamfara and the North West.

“It is evident that unless enough modern equipment is provided to our security forces to fight the war effectively, the country faces the danger of anarchy.

“This could be foreseen from the recent calls by some leaders for their people to take up arms to defend themselves. It is a recipe for lawlessness when the state loses its monopoly over the instruments of coercion.

“As a matter of urgency, the federal government should procure Armoured Personnel Carriers (APCs) and deploy them across the country.

“If 1,000 APCs could be made available, they would go a long way in turning the tide of the war against the bandits in a short period of time, Insha Allah,” he said.

The governor also said the so-called bandits in the North West who were recently designated as terrorists by the federal government have a relationship with Boko Haram fighters who have been waging war against Nigeria for almost 13 years.

“I want to draw the attention of the federal government to the fact that the pockets of insurgencies in many parts of the North are interrelated.

“In some instances, evidence has been found of connection between Boko Haram and some of the bandit groups operating in the North West,” he said.

“The Super Tucano warplanes obtained by the federal government would be super handy in the implementation of the new combat strategy along the Zamfara- Katsina axis, with Zamfara as the command centre,” he said.

He also underscored the magnitude of the humanitarian crisis in his state.

“The magnitude of the crisis is such that IDP camps cannot adequately serve the purpose of proper humanitarian support to the IDPs, which is the essence of their establishment.

“The problem of banditry has had a variety of effects on our people’s lives, including the displacement of an estimated 600,000 people, including women and children, the scuttling of farming activities in most of our rural areas, the severance of historical ties among our communities, and the grounding of economic and social activities across most of the state.

“I would like to use this opportunity to urge the federal government to roll out a special intervention programme for Zamfara State.

“The intervention programme should include the establishment of security outposts across all our rural communities, which will go a long way in the maintenance of peace and order across the state,” he said.

Earlier, General Magashi said the federal government was all out to bring an end to killings plaguing the country.

He said the federal government was doing a lot to secure the country and assured that “killings of this magnitude” (what happened in Zamfara last week) would never happen again.

The minister was silent on some of the issues raised by the governor, among them the release of suspected bandits without taking them to court and the claim that troops do not have the requisite equipment to confront the terrorists. 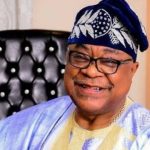 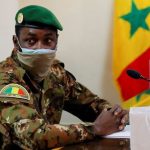 Nigeria’s Women Are a Powerful Collective. How Are They Changing History?

Global Upfront7 mins ago6 mins ago
25
Sep
3 hours ago