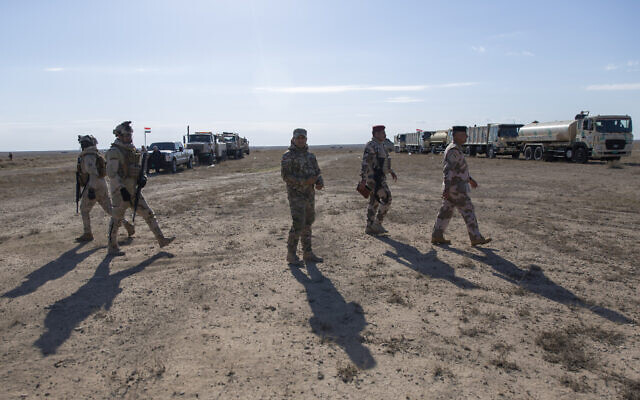 At its height half a decade ago, the Islamic State was among the most feared armed organizations in the world. The infamously brutal group had at one point captured and established governance of more than a third of Iraq and large swaths of Syria. But that shocking, sudden rise to infamy was followed by a steep, if slower, downfall. By January 2019, the Islamic State had lost nearly all of its territory in Iraq and Syria. The U.S. declared it defeated and media organizations began to pay only sporadic attention to its isolated attacks. By 2021, Google searches for the Islamic State, a measure of global interest, had fallen to the lowest levels seen since the group’s emergence.

Recent events, though, have sparked concern that the group, degraded but never destroyed, could be on the brink of another dramatic rise. Last week, the Islamic State coordinated a prison break in Hasaka, Syria, and though the attack was ultimately unsuccessful, it only concluded after a week-long battle with at least 100 reported fatalities. The attack represents the Islamic State’s deadliest show of force in the region since losing its last pocket of Syrian territory in Baghuz, a village just to the south of Hasaka, in 2019.

It is clear why this attack raised alarms: It is eerily reminiscent of the strategy the group deployed prior to its initial rapid growth. In July 2012, the Islamic State—then known as the Islamic State of Iraq—launched its “Breaking the Walls” campaign, in which it conducted two dozen separate bombings and eight prison breaks, freeing many jihadists from detention. One year later, in July 2013, it began campaigns in both Syria and Iraq aimed at capturing territory. By the beginning of 2014, the Islamic State had taken control of Fallujah in Iraq as well as Raqqa in Syria. Abu Bakr al-Baghdadi, the group’s former leader, quickly declared the latter the capital of a new, global caliphate.

More ominous than last week’s attack itself, though, is how it fits into the group’s recent pattern of global activity. Although the Islamic State’s first combatants operated in Iraq and Syria, this “core” group subsequently worked in conjunction with dozens of relatively coherent associated groups and so-called provinces, or wilayat, on at least five continents. As such, focusing only on last week’s attempted prison break—in isolation from other incidents worldwide—paints an incomplete picture of the group’s operational capacity and potential strength.

The Islamic State’s global affiliates and wilayat have continued to operate around the world, from Nigeria to Libya to Turkey. In fact, expanding the capacity of these auxiliary organizations is one of the group’s most important strategic enterprises—a reality that often goes underreported. Far less documented than the fall of Mosul, for instance, was the fall of Marawi, a city on the island of Mindanao in the Philippines, to an Islamic State affiliate in May 2017. That means the Islamic State has briefly governed territory not only in the Middle East, but also more than 5,000 miles away, in Southeast Asia. And as late as 2020, the group’s West African wilayat was making its own attempts to seize territory.

Focusing only on the attempted prison break—in isolation from other incidents worldwide—paints an incomplete picture of the Islamic State’s operational capacity and strength.

Indeed, the recent prison break attempt in Syria is troubling in large part because of evidence of its coordination, including internationally. Just as militants attacked Hasaka, Islamic State fighters began fighting elsewhere in Syria, including more than 100 miles away, near Raqqa. Over the border, the groups’ supporters also simultaneously attacked an Iraqi military base in Diyala province, the deadliest such attack in years. The Hasaka attack also involved at least half a dozen suicide bombers, and officials from the United States-backed Syrian Democratic Forces reported that the assault had been planned for at least six months.

For this reason, the prison break attempt must be viewed in the context of other developments in other places where the group may have simultaneous opportunities to emerge. In Afghanistan, the Islamic State’s wilayat was particularly active after the U.S. withdrawal last August, and last week—three days into the fighting in Hasaka—this Afghan affiliate claimed an attack in Herat that killed seven people. And this was just the latest Islamic State attack in Afghanistan; in some parts of the country, they occur weekly.

Even further afield, developments in West Africa should prompt concern about the group’s growing capacity to operate on a global scale. In fact, Burkina Faso’s Jan. 24 coup was connected to a recent increase in jihadist attacks, including by the Islamic State’s wilayat in West Africa. In December, a violent attack by Islamist militants killed more than 50 military officers and civilians, prompting protests that called for then-President Roch Kabore to step down. Lt. Col. Paul-Henri Sandaogo Damiba, who led the eventual coup, had also reportedly butted heads with Kabore in recent weeks over security policy in the country’s east. Such dramatic power shifts, coupled with growing instability in the region, threaten to have disastrous security consequences, and may only strengthen the Islamic State’s ability to project power a continent away from its home base.

It is clear that the Islamic State intended, after its retreat in Iraq and Syria, to focus on its global operations. After losing its last territory in Syria in 2019, the group’s media operations began to pivot, directing resources toward recruitment for its chapters across Africa. It also developed a presence in new parts of the continent, including with the creation of its Central Africa Province in the Democratic Republic of Congo’s conflict-torn east. Moreover, Islamic State affiliates in Africa—particularly in the Sahel—have increased their use of sophisticated weaponry and improvised explosive devices, possibly indicating increased coordination with global groups.

This is not to suggest that the Islamic State’s most recent prison break necessarily portends a new wave of activity akin to that of its heyday. The group’s fortunes have, of course, declined rapidly since 2014. Nevertheless, even in the throes of supposed defeat, the group retained its capacity to inflict significant damage. Remember that within days of its “defeat” in 2019, the group carried out a spectacular and fatal suicide attack against foreign forces in Syria. The evidence has always indicated resilience, adaptation and evolution—not defeat.

Only time will tell whether the prison break attempt portends the Islamic State’s renewal in its core areas. But the conjunction of that attack with increased instability in West Africa and the fall of Afghanistan to the Taliban paints a worrying picture. And although the U.S. was quick to provide air support last week in Hasaka, future policy responses will not be so easy, in part because of the group’s global scope of operations.

When member states of the European Union and the G-5 Sahel countries—comprising Burkina Faso, Mali, Niger, Mauritania and Chad—met this week to discuss security concerns in the Sahel, including in Mali and Burkina Faso, the Islamic State’s prison break attempt half a world away almost certainly wasn’t mentioned. But it is long past time to recognize how local or regional developments tie into global patterns. Without that, any plan to combat a resurgent Islamic State will be incomplete.

Mel Pavlik is a guest columnist filling in for Candace Rondeaux every other Friday. She is a doctoral student in political science at Yale University, where she researches and writes on repression, political violence and international security 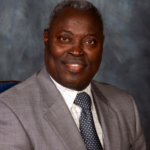 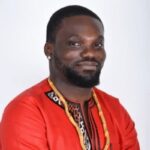 Offences committed under the influence of alcohol and drugs: What the Nigerian law says