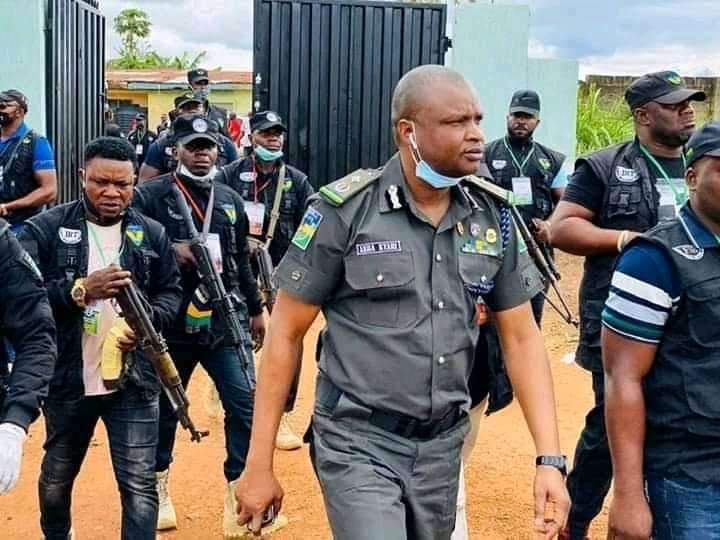 One of the co-defendants of suspended Deputy Commissioner of Police, Abba Alhaji Kyari, in the elaborate scheme to steal more than $1.1 million from a businessperson attempting to finance the construction of a school for children in Qatar – and the subsequent laundering of illicit proceeds through bank accounts around the world, Yusuf Adekinka Anifowoshe, a.k.a. “AJ,” has entered a plea agreement with the United States of America (USA), changing plea from not guilty to guilty.

A three-count indictment returned in April 29 and unsealed in July by a federal grand jury charged three U.S.-based defendants as well as three defendants believed to be in Africa – with conspiracy to commit wire fraud, conspiracy to engage in money laundering, and aggravated identity theft.

The plea agreement is between Yusuf Adeyinka Anifowoshe, also known as (“aka”) “AJ,” aka “Alvin Johnson” (“defendant”) and the United States Attorney’s Office for the Central District of California (the “USAO”) under Tracy L Wilkison.

Under the plea agreement filed on January 28, 2022, the “defendant is, in fact, guilty of the offense to which defendant is agreeing to plead guilty. Defendant and the USAO agree to the statement of facts provided below and agree that this statement of facts is sufficient to support a plea of guilty to the charge described in this agreement and to establish the Sentencing Guidelines factors set forth in paragraph 13 below but is not meant to be a complete recitation of all facts relevant to the underlying criminal conduct or all facts known to either party that relate to that conduct.

“Beginning no later than on or about December 16, 2019, through on or about April 26, 2020, defendant knowingly combined, agreed, and conspired with multiple other persons (“coconspirators”), including unindicted coconspirator 1 (“UICC 1”), to conduct financial transactions into, within, and outside the United States involving property that represented the proceeds of wire fraud. The victims of the conspiracy were the person identified in the Indictment as the Victim Businessperson and the Qatari Victim Company. Defendant admits that he conspired with UICC 1 to launder funds obtained from the victims in the manner described in the Indictment.

“Defendant knew that the property obtained and attempted to be obtained represented, and would represent, the proceeds of some sort of unlawful activity; that the transactions were, and would be, designed in whole or in part to conceal or disguise the nature, location, source, ownership, and control of the proceeds; and that the transactions with these criminally derived proceeds, at times, exceeded $10,000. Defendant became a member of the conspiracy knowing its objects and intending to help accomplish them. Multiple members of the conspiracy took steps in furtherance of it, including defendant, as described below.

On December 26, 2019, UICC 1 sent defendant electronic messages containing a photograph of a wire transfer confirmation showing a $230,000 wire by the Victim Businessperson to the Wells Fargo Account; a photograph of a Richard Mille RM 11-03 watch; and a screenshot of a banking application displaying the balance of the Capital One Account as $100,058.31.

“On December 26, 2019, UICC 1 sent an electronic message to defendant saying that he was “[t]hinking what to buy” with the $100,000 in the Capital One Account. Thereafter, UICC 1 and defendant discussed whether UICC 1 should purchase an Audemars Piguet Skeleton watch.

“On January 4, 2020, defendant and UICC 1 discussed a coconspirator whom UICC 1 wanted to transport the rose gold and titanium Richard Mille RM 11-03 watch — which UICC 1 had purchased using $230,000 transferred by the Victim Businessperson — to UICC 1 in the United Arab Emirates.

“Defendant admits that a substantial part of the wire fraud scheme from which the funds were laundered was committed from outside the United States. Defendant admits that $510,000 in approximate actual or intended loss amounts were foreseeable to him in connection with the Victim Businessperson and the Qatari Victim Company.

“Recommend that defendant be sentenced to a term of imprisonment no higher than the low end of the applicable Sentencing Guidelines range, provided that the offense level used by the Court to determine that range is 16 or higher and provided that the Court does not depart downward in offense level or criminal history category. For purposes of this agreement, the low end of the Sentencing Guidelines range is that defined by the Sentencing Table in U.S.S.G. Chapter 5, Part A.”

The criminal complaint revealed that Abbas“Ray Hushpuppi,” a Nigerian national, pleaded guilty on April 20. A version of Abbas’ plea agreement outlined his role in the school-finance scheme, as well as several other cyber and business email compromise scheme that cumulatively caused more than $24 million in losses.

According to the indictment, Abbas allegedly conspired with Abdulrahman Imraan Juma, a.k.a. “Abdul,” 28, of Kenya, and Kelly Chibuzo Vincent, 40, of Nigeria, to defraud the Qatari businessperson by claiming to be consultants and bankers who could facilitate a loan to finance construction of the planned school. Juma allegedly posed as a facilitator and consultant for the illusory bank loans, while Abbas played the role of “Malik,” a Wells Fargo banker in New York, according to court documents. Vincent, in turn, allegedly provided support for the false narratives fed to the victim by, among other things, creating bogus documents and arranging for the creation of a fake bank website and phone banking line.

Yusuf Adekinka Anifowoshe, a.k.a. “AJ,” 26, of Brooklyn, New York, allegedly played a role in the fraud, assisting Abbas with a call to the victim posing as “Malik.” Special agents with the FBI arrested Anifowoshe in New York on July 22.

The proceeds of the fraud allegedly were laundered in several ways. According to the indictment, Abbas was assisted in laundering the proceeds of the fraud by Rukayat Motunraya Fashola, a.k.a. “Morayo,” 28, of Valley Stream, New York, and Bolatito Tawakalitu Agbabiaka, a.k.a. “Bolamide,” 34, of Linden, New Jersey. These two defendants also were arrested on July 22 by FBI agents.

Approximately $230,000 of the stolen funds allegedly were used to purchase a Richard Mille RM11-03 watch, which was hand delivered to Abbas in Dubai and subsequently appeared in Hushpuppi’s social media posts. Other illicit proceeds from the scheme were allegedly converted into cashier’s checks, including $50,000 in checks that were used by Abbas and a co-conspirator to fraudulently acquire a St. Christopher and Nevis citizenship, as well as a passport for Abbas obtained by creating a false marriage certificate and then bribing a government official in St. Kitts.

Court documents outline a dispute among members of the conspiracy, which allegedly prompted Vincent to contact the victim and claim that Abbas and Juma were engaged in fraud. After this contact, Abbas allegedly arranged to have Vincent jailed in Nigeria by DCP Abba Alhaji Kyari.

According to the affidavit, Kyari is a highly decorated deputy commissioner of the Nigeria Police Force who is alleged to have arranged for Vincent to be arrested and jailed at Abbas’ behest, and then sent Abbas photographs of Vincent after his arrest. Kyari also allegedly sent Abbas bank account details for an account into which Abbas could deposit payment for Vincent’s arrest and imprisonment.

Anifowoshe, Fashola and Agbabiaka were arrested in New York and New Jersey on July 22, and they were arraigned in Los Angeles in August. All three are currently free on bond. 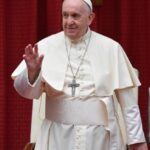 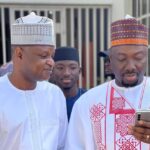