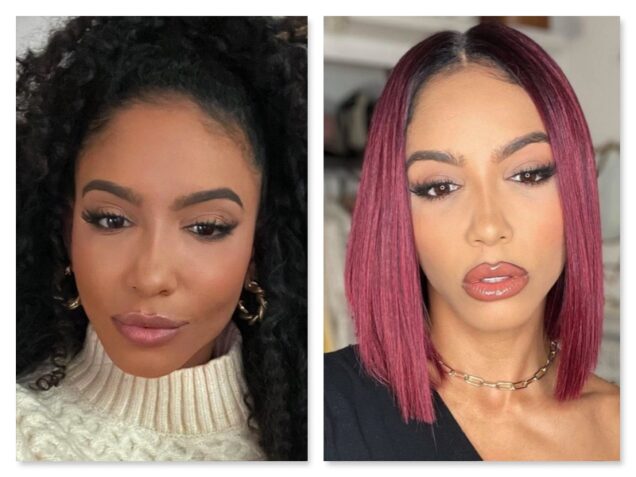 Friends and neighbors mourned the loss of former Miss USA Cheslie Kryst, who tragically jumped to her death from a high-rise apartment building in Midtown on Sunday morning.

Former Miss South Carolina winner MaKenzie Divina, who competed against Kryst in the 2019 Miss USA pageant in which Kryst was crowned winner, remembered her friend as an “amazing,” impactful woman, in a painful Instagram post on Sunday afternoon.

“Cheslie I hope you knew how loved you were. I can never begin to understand how you were feeling but what I can rest with is knowing the amazing person you were and how your legacy will continue on forever,” she wrote.

“The impact you had on so many people including myself was incredible. You left people better than you found them. The world will never be the same without you. I’ll love you forever… Until we meet again Cheslie.”

The social media post included a photo of the two women standing together, donning their pageant sashes. Kryst represented her neighboring home state of North Carolina.

She lived on the ninth floor of the building and was alone when she leaped from a terrace area on the 29th floor that was open to the whole building. She was last seen on the terrace, sources said.

According to sources, Kryst left behind a note saying she wanted to leave everything to her mother – a former beauty pageant competitor herself who was crowned Mrs. North Carolina in 2002. No motive was included in the note, sources said.

The former beauty queen doubled as a lawyer, graduating from Wake Forest School of Law in 2017, according to her LinkedIn profile.

Kryst also worked as a reporter and host for the celebrity television show “Extra.”

“Extra” host Billy Bush took to Instagram on Sunday to offer his condolences to Kryst’s family. He posted a photo of Kryst holding a microphone to Tom Hanks at a red carpet event with a huge smile on her face.

“She was positive, hardworking, fun and of course beautiful,” Bush wrote. “Always dancing in between takes. This is a complete shock to all We are left with great sadness because the best was definitely yet to come for this special person.

Another “Extra” colleague Renee Bargh called Kryst “The sweetest, kindest, smartest woman I’ve ever met,” in a post on her Instagram story with a photo of the two posing for a photo. “Devastated & shocked. We lost a beautiful bright light.”

The former beauty queen’s family confirmed Kryst’s death in a statement on Sunday.

“Her great light was one that inspired others around the world with her beauty and strength. She cared, she loved, she laughed and she shined,” her family said.

“Cheslie embodied love and served others, whether through her work as an attorney fighting for social justice, as Miss USA and as a host on EXTRA,” her family said. “But most importantly as a daughter, sister, friend, mentor and colleague — we know her impact will live on.”

Hell’s Kitchen resident Michael Austin, 58, stopped by the Orion building to leave prayer candles on Sunday afternoon. He struggled to wrap his head around the string of suicides in the area recently.

“This is four times within the last year. This is not normal,” Austin told The Post.  “Those four deaths have happened within one block of Manhattan Plaza.”

A resident of the building who identified himself as Richard also remarked on the number of local suicides.

“It happens. It sucks,” he said. “This is probably the third or fourth one I witnessed.”

In July 2021, a 60-year-old woman jumped to her death with her dog from the roof of a 46-story highrise building on 10th Ave. near 41st Street, leaving behind a note in which she talked about stress.

Just days later, a 14-year-old boy was killed after he jumped from the Hudson Yards Vessel on 10th Ave and 33rd Street in front of his family, the fourth to leap to their deaths from the structure in two years.

In January 2021, A Brooklyn woman jumped from the roof of a 12-story Hell’s Kitchen building on 53rd Street, while clutching her 5-year-old daughter — killing them both.

In December 2020, a 39-year-old man jumped to his death from the sixth floor of an apartment building also in Hell’s Kitchen on 52nd Street. 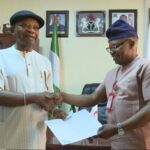 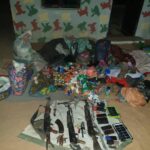 “I was an excellent father but a woeful husband’’ Nollywood Actor and Producer, Jim Iyke, discusses his marriage, spirituality and a lot more