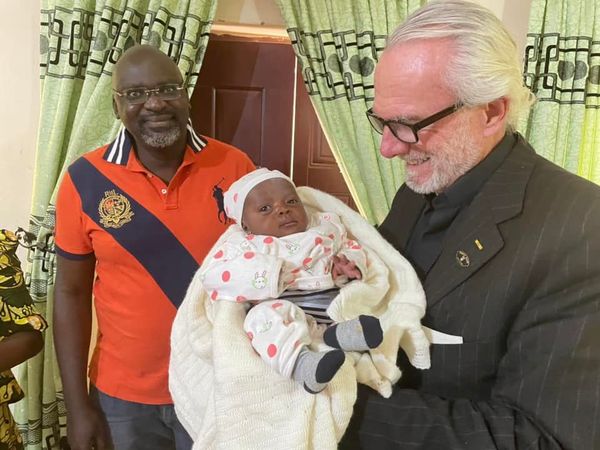 Various victims of terror from across Nigeria gathered in the Northeast region to mark the 4th anniversary of one of their own, Leah Sharibu, just like they had done in 2020 in Abuja for the 2nd anniversary of her captivity.

During a peer-to-peer trauma healing retreat coinciding with the anniversary of heroine Christian Schoolgirl Leah’s abduction facilitated by a visiting American humanitarian team, survivors, orphans and widows and their families got to share experiences and encourage one another.

Ezekiel: A sole survivor of a Boko Haram massacre of staff in the quarters of their construction company who has received three surgeries through the assistance of US Nigeria Law Group’s network partners for gun shots to his head

Jacob: a survivor of an attempted beheading by Boko Haram also during the elimination of Christian males in Yobe State who has obtained two surgeries through USNLG network partners

Peter: an IDP who was separated from his wife and family during a terrorist attack and given up for dead only to be reunited one year after he descended from Gwoza mountain where some had survived on weeds as others starved to death

Widow and daughter of an Adamawa CAN official, who was abducted and ultimately executed by the terrorists, who were subsequently displaced from their community due to continued attacks and threats to their safety

Participating survivors and victims thanked the organizers of the retreat for the session and presentations of grains from their farms were made to the US visitors.

Additional needs such as schoolbooks and fees for the child of an IDP family displaced for eight years now and still homeless and huge monthly expenses on medicines for a gunshot survivor were also discussed with the US team. Housing needs and livelihood were among other items identified in the needs assessment of many survivors.

Addressing the victims, international human rights lawyer, Emmanuel Ogebe stated that it was a great honor to be in the presence of true modern day heroes of the faith who had paid a steep price for their loyalty to Christ. This is why they left the convenience and comfort of life in America to visit them.

He also recounted how he had linked one of the victims to the Victim Support Fund for surgery but after a fruitless trip to meet their medics, he learnt of an American medical mission that was in town who agreed to slot him into their patients roster the last day before they left.

The Volunteer Chief Executive Officer of Widows And Orphans USA Rev Dr William Devlin also narrated how he prayed for Leah’s sister last year and now she had birthed a baby girl. He thanked her for naming the baby after his beloved bride of over 40 years in US.

The retreat which was co-facilitated by US Nigeria Law Group and Widows & Orphans LLC both of USA was part of a week long series of activities in honor of Leah Sharibu deemed a “Prisoner of Conscience” by the United States Commission on International Religious Freedom (USCIRF) and believed to be the world’s youngest POC.

In her closing prayer, the widow of the late murdered CAN chairman said she was not asking God to destroy the terrorists but to deliver them from their evil ways.

Some of the victims were seeing each other for the first time since they were last hosted in Abuja by then Trump Adviser Rev Johnnie Moore and Dr Paul Enenche who in concert with USNLG, Stefanos Foundation and Paramallam Foundation held a world press conference at Dunamis church Abuja to remember Leah on February 19, 2020.

Commenting on the retreat, Ogebe says, “ We chose to come to the northeast instead of having them travel down to us in Abuja because road travel has become increasingly more dangerous and we didn’t want to expose them to any further trauma. Secondly we also wanted to meet their family members we’d been hearing about, for the first time, and this made it more doable to achieve corporate healing. One of my adopted sons who got married a couple of years ago brought his wife and his daughter who he named “Maryam” after my mother and I met them for the first time.

He told us how his throat was slit in November 2012, he got married in November 2018 and his daughter Maryam was born in November as well. He said he took an evil month and with God’s help turned it into a beautiful month.

On the whole, we were truly delighted at this family-inclusive group therapy. Peer trauma-healing is effective because some family caregivers who do not fully comprehend the experience of their loved one and feel overburdened, get to learn from the trauma of other victims and realize, “so I am not alone in this? Others had it worse than me.’ “

The US team thanked Aunty Amina for hosting the others and for the gifts of beans given to them. They also appreciated the university student victims who made time to come for part of the retreat before going for classes.

Says Ogebe, “I was particularly touched to meet the 100 level student who was just 7 years old when Boko Haram murdered her doctor dad in Maiduguri and after they moved to their grandfather’s house, two months later, burnt it down with all their belongings. She said when the third calamity struck and her mother was also kidnapped she promised God that if he would only bring her mum back, she would never misbehave again.

“I told her she was fortunate because Boko Haram actually abducted the seven and nine year old daughters of another victim after killing their father in front of them.”

Although many of the victims will mark 10 years this year since their attack with little to no assistance from the Federal Government, some atrocities were as recent as 2020 and 2021 with Leah’s abduction being 2018.

In addition to her abduction, her siblings in the village were displaced due to a Boko Haram attack in April last year – the third such attack on their community by Boko Haram over the years.

Ogebe says, “the miracle of Leah’s newborn niece is amazing. We had a situation where Leah was forced to bear two children against her will while her sister was unable to conceive despite her wishes. Finally God visited her and she had a baby just before the end of 2021. God didn’t allow the year in which we prayed pass by without sending his word to perform it. I pray this child will be a joy, example and heroine to the world like her famous Aunty Leah. Truly, because of Leah, her elder sister now has a baby.

The irony is that Leah herself is not aware of this but we continue to trust that in due season, she will be free and meet her new family member.” 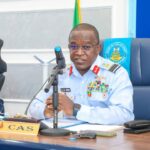