Chairman of Air Peace, Mr Allen Onyema on Tuesday said the management of the airline will soon meet the Emir of Kano, Aminu Ado Bayero, to resolve a recent disagreement between the airline and the Emir.

There has been raging tension especially among supporters of the Emit over the allegation by Prince Isa Bayero, the Chief Protocol Officer to the Emir that the airline allegedly disrespected the Emir by refusing to delay its flight for the Emir who was returning from Banjul last week.

Air Peace had denied the allegation and stated it instead protected the Emir by refusing to delay a fully booked flight for the Emir.

However, the Air Peace Chairman who stated that he would not want the issue to heat up the polity said the airline would meet the Emir of Kano whom he described as a man of peace.

“I don’t want to be used to heat up the polity. I don’t want Air Peace to be a source of rancour in the country. Air Peace has always been known as an airline that was borne out of peace.

“So, I cannot allow myself to be used or to be involved in anything that will tear the country apart. And the Emir of Kano I know is a peace-loving man. I have always known him as a prince when the late father was still alive,” the Chairman said during a meeting with the management of Daily Independent Newspapers.

According to Onyema, there is really nothing at stake in the issue as it would be resolved amicably in the spirit of one Nigeria.

He added that he has a long-term relationship with Kano Emirate and it is an institution he holds in the highest esteem, recalling that he had at several occasions paid homage to the father of the incumbent Emir.

“I have paid homage to the father several times. He may not remember me, but when I bring pictures of me and his father and him also, he will realise that I have been paying homage to his father.

“I have always known him as a very quiet and unassuming person and nothing has changed.

“I don’t think the Emir of Kano will want to be involved in what is happening and I can tell you he is a very respectable man.

The fragile peace we have in this country should not be toyed with in any way. Air Peace will not allow itself to be a source of rancour in the country.” 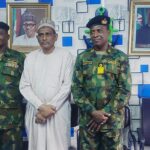 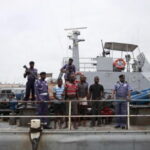