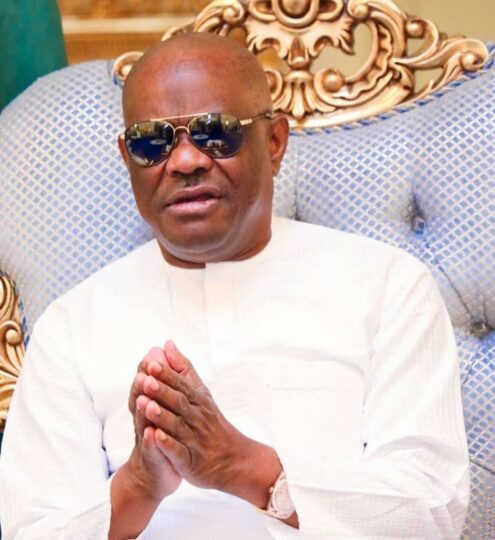 The visit of Rivers State Governor, Nyesom Wike to stakeholders of the Peoples Democratic Party (PDP) stakeholders in Anambra State to woo them to support his presidential ambition in Awka, the capital of the State on Saturday has triggered anger and opened fresh wounds.

Wike counseled them not to waste their votes by voting for Obi, saying that he has come to tell them the simple truth: “I know he will not win. Are you not aware? I know your son Peter Obi is running, but the issue of Nigeria’s Presidency cannot be taken from the APC through theory. PDP needs a man who has what it takes to practically engage and wrest this power from APC.”

Second, the way and manner the “largesse” from Wike was shared angered many of the participants. Sources confirmed that the defacto leader of the PDP in Anambra State, Chief Chris Uba (Eselu Uga), who chaperoned the Rivers State Governor during his visit had left instruction that each participant, who were fully documented, was to be given N100,000 (One Hundred Thousand Naira Only) each. As he left, talks emerged that they would now receive N75,000. But by the time the “largesse” was shared, they got only $100 each. This evoked anger and dashed expectations among them.

It was not the fact that the participants waited for Wike for hours and that he never offered any apology for keeping them waiting when he came that made them apprehensive about the meeting. It was that Chief Uba, a very controversial political leader in Anambra State, led the Rivers henchman to the venue, which many saw as a low point. This is because, Uba, using high level strategic sense and the instrument of the law, has taken over the Anambra State structure of the PDP, effectively in full control of 14 of the States 21 Local Government Areas (LGAs).

Most participants left the meeting disgusted and angry for various reasons, making Wike’s quest for support from the State a mission impossible. But Wike had talked tough in his speech to them, saying that what Nigeria needs now especially in this season of insecurity is a Field Marshal, not a coward.

“We need a Field Marshal in this election. They can’t rig me out. When I contested as Governor they said this man can’t emerge but I emerged. I am not a politician who makes a promise and fails to fulfill it. Today in Rivers State, the high level of insecurity has come very low. It’s about commitment and courage.

“The problem with our own system is that we have a President and you don’t know who’s in charge. If I am a Commander-In-Chief, I will be in charge.

“The only project the All Progressive Congress, APC, is executing is killing and kidnapping of innocent citizens and the only breaking news, is that of insecurity.

“We are tired of such breaking news. The only breaking news we want to hear is getting results. It requires somebody who can sit down and tell the Service Chiefs to do something and get results. You don’t need to be a Commander-in-Chief and things are going wrong.

“The day I win this election, by February next year, let anybody who says he’s a bandit wait for me. I have too much energy. I want to use the energy to serve Nigeria…

“I am the person out of all the aspirants who can withstand the APC. This is not time for theory, it’s time for action. It is for PDP to present somebody who will win the election. I have seen it all, I have fought the APC before.

“Nigerians know my position on everything. When I see something I say it. Give me your votes and go home and sleep, I will win the election. As a President, it’s my responsibility to organize, you don’t do the work alone. When you give me the ticket, I will go home to talk to Nigerians.

“The war we are fighting is not a gentleman thing… I am not going to the Senate, am not going anywhere. The only place I am going is the Presidency and I will win.” 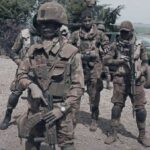 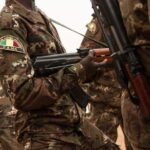