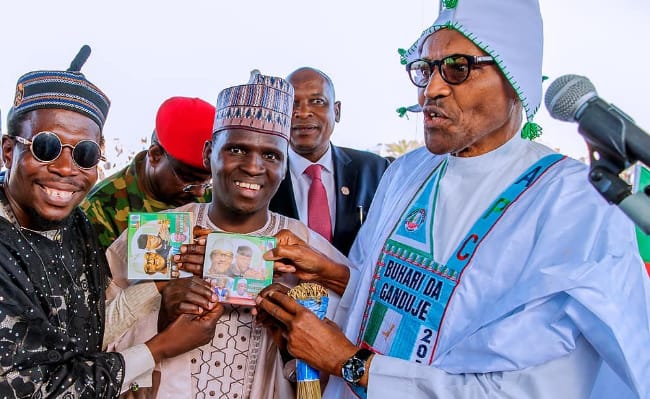 Famous Hausa singer, Dauda Kahutu Rarara, known for his numerous songs in honour of President Muhammadu Buhari and other key northern politicians, spoke against what he perceived as the shortcoming of the current administration in a new song.

In the song, he led a group of other prominent Hausa singers under the 13-13 Kannywood.

The development generated a debate on whether the diehard supporter of Buhari is no longer with him.

The news of the new song went viral when his Spokesperson, Rabi’u Garba Gaya, posted it on his Facebook page.

Early last year, the Buhari singer had begun a movement asking Nigerians to sponsor his next album (harp-song) with a token of N1000 each.

The singer said he wanted the public to sponsor a song that will highlight the achievement of the Buhari-led administration.

Ever since he made that announcement public, fans have been waiting for the release of the song as it was reported that millions of Naira was realized.

But some people condemned the singer’s demand, describing it as fraudulent while others swore that he will not realize much to sponsor the intended song.

Ironically, the singer’s fans were astonished when instead of a praise song for Buhari, the singer sang against insecurity.

According to those in the know, in the song, Buhari was criticised for “failing” in his promise to protect lives and property.

A stanza in the songs goes like this, “Only few people now reason with you, insecurity has been on the increase both in cities and villages. What started as a hear-say has become reality. Our wish is to see that we have put things back on track,”

Those who featured in the songs are Aminu Ladan Ala, Nura M Inuwa, Ali Isa Jita, among other prominent Hausa singers. 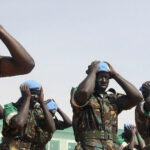