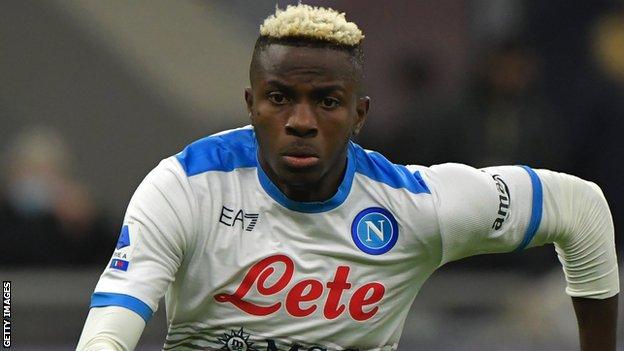 Manchester United are leading Arsenal and Newcastle in the race to sign Napoli striker Victor Osimhen this summer, according to reports in Italy.

Osimhen, 23, is drawing attention from the Premier League after scoring 16 goals in 28 appearances for Napoli this season, a return which has helped Luciano Spalletti’s men take control of the race for top four in Serie A.

The Nigeria international only headed to Naples in 2020 after completing a £67million switch from Lille, meaning he still has over three years remaining on his current contract.

He will therefore come at a hefty price for any potential suitors in the summer transfer window, as Newcastle found out when they reportedly saw an £84million bid rejected back in January.

According to Italian publication Corriere dello Sport, United have already opened discussions with Osimhen’s representative Roberto Calenda, who is ‘the bridge that connects Naples with Manchester’.

Calenda is understood to be leading negotiations over his client’s potential move to Old Trafford, with the agent even holding a ‘summit’ with Napoli president Aurelio De Laurentiis, sporting director Cristiano Giuntoli and Osimhen himself.

Following Newcastle’s January offer, and with Arsenal also eyeing a deal, Napoli expect a bidding war for their star striker to play out at the end of the season, with £84million the starting price.

Though while United are said to be the frontrunners, club officials must first receive Erik ten Hag’s approval over the signing.

Ten Hag is set to take the Old Trafford reins in the summer, and if the incoming boss is not on board with the move it could throw a spanner in the works.

Arsenal also appear the more likely to be able to offer Osimhen Champions League football next season, which would hand them a major advantage.

The Gunners currently enjoy a two-point lead over Tottenham in fourth place, but United have all but given up on their hopes of a top-four finish while six points behind in sixth – and having played a game more than their rivals. 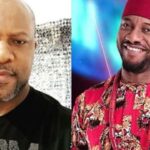 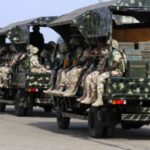