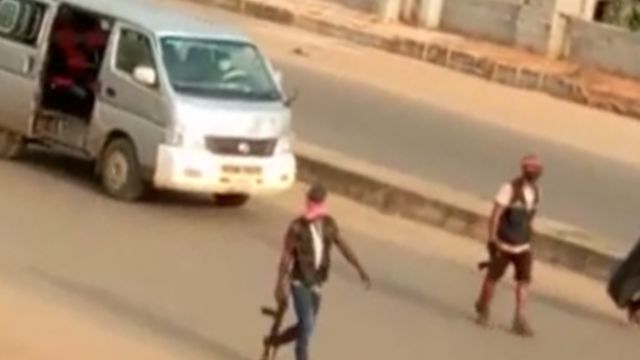 It was another night of violence as Anambra State boils again with the invasion by gunmen of Ụtọ Ndụ Beer Parlour in Obiofia Village, Osumenyi, in Osumenyi, Nnewi South Local Government Area of the State, killing five persons.

Sources confirmed that the gummen invaded the restaurant at about 8.pm on Friday night, opened fire on customers who were drinking and having fun and killing the five, including the owner of the restaurant, identified as Ụtọ Ndụ, who hailed from Amichi, a neighbouring community to Osumenyi.

Osumenyi, along with Lilu and Osurmoghu has become a the epicentre of killings and kidnappings in Anambra State.

Videos from the scene of the incident, which are currently trending on social media also show that four of the victims were males, while one (the owner of the shop) was a female, each lying lifeless in the pool of blood.

Sympathizers, friends and relatives of the victims were also seen mourning and lamenting as the corpses were being loaded in the a Sienna bus suspected to be an ambulance, for evacuation to mortuary.

A weeping feminine voice was also heard in background lamenting (in Igbo language): “What have we done oooo? Who have we offended? What did we do to deserve all these?”

The Osumenyi attack is coming barely one one month after gunmen invaded the Nnewi South Local Government Headquarters in Ukpor and set some buildings and offices ablaze, after which they also killed a security man guarding the premises.

Last Easter day, gunmen attacked a beer parlour and fast food joint, known as the Sophia Fast Food, located close to the Federal Polytechnic, Oko, in Orumba North Local Government Area of Anambra State, where they also attacked and robbed customers who were having a fun-filled Easter bash at the restaurant.

Police Public Relations Officer in Anambra State, DSP Tochukwu Ikenga, is yet to confirm the attack but said that enquires are still ongoing. 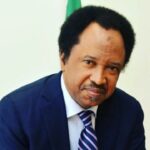