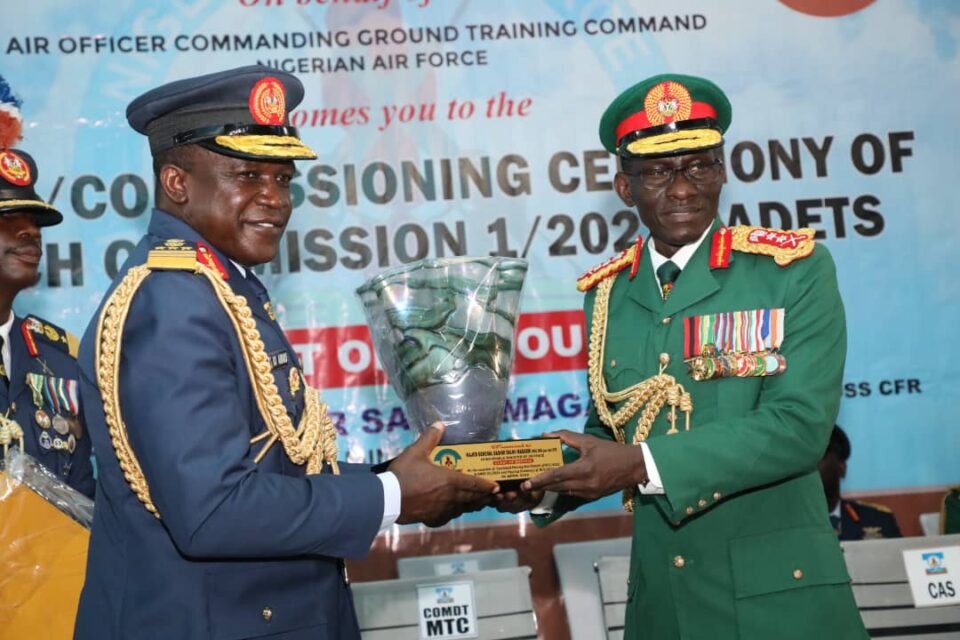 In a colourful Passing Out Parade (POP)) held on Saturday, 30 April 2022, at Nigerian Air Force (NAF) Base, Kaduna, the Nigerian Air Force (NAF), witnessed a boost to its manpower strength with the combined POP of additional 1,549 recruits of Basic Military Training Course 42/2021 and 49 Branch Commission Officers of Course 1/2022.

In his address, the Reviewing Officer, the Honourable Minister of Defence, Major General Bashir Magashi (Rtd), who was represented by the Chief of Defence Staff, General Lucky Irabor, advised the graduands not to see the military profession as just another job, but one that requires absolute discipline, loyalty, hard work and all seriousness especially at this crucial time when the Nation is battling the challenges of insecurity on several fronts.

He also reminded them that the military as a noble profession demands extraordinary courage, commitment, and patriotism, and Nigeria will continue to count on them and demand such qualities from them.

The Reviewing Officer also noted that the training they have received was deliberately made to be demanding to simulate, as closely as possible, the real-life scenarios they were likely to encounter going forward.

Indeed, while they have every reason to feel proud and fulfilled for what they have achieved, it also marked the beginning of another challenging but rewarding phase of their careers as officers and airmen/airwomen in the NAF.

He then encouraged them to ensure optimal utilization of resources while subordinating their personal interests to those of the Service and the Nation.

According to him, “Above all, you must exhibit the core values of ‘Integrity’, ‘Service before Self’ and ‘Excellence’ for which the NAF is known.”

The Reviewing officer also appreciated the President, Commander- in-Chief of the Armed Forces, President Mohammadu Buhari, for his unflinching support to meet the Armed Forces operational and logistics requirements in general and the NAF in particular.

In closing, he commended the Chief of Air Staff (CAS), Air Marshal Oladayo Amao for providing the right leadership to his officers, airmen and airwomen.

According to him, “I have noted with satisfaction, measures that you have emplaced to engender transparency, accountability, and prudent utilisation of resources for optimal results. I implore you not to relent and assure you of my continued support to sustain your capacity development efforts.”

In his welcome address at the pipping ceremony, the CAS stated that the ceremony marked the first time the NAF was solely training and graduating Branch Commission cadets, believing that the enlistment of duly qualified airmen/airwomen as officers through Branch Commissioning will bolster morale towards more hardwork, excellence and loyalty in the NAF.

The CAS also added that the NAF has since taken cognizance of its primary duties in the maintenance of security and promotion of peace in the country which, he said, has been facilitated through the active support of the Honourable Minister of Defence.

Consequently, NAF force structure has been modified to emplace a strong air force that more effectively provide support to surface forces and responsive to the security needs of the nation.

“I therefore make bold to say that the NAF is poised to enhance and sustain critical airpower capabilities required for joint force employment in pursuit of national security imperatives,” he stated.

Air Marshal Amao then appreciated President Mohammadu Buhari for his tremendous support to the NAF in the last 7 years towards accelerated capacity development of the Service through the acquisition of new platforms such as the J-F17 Thunder Multi-role aircraft and the Super Tucano ground attack aircraft.

Commensurately, the upgrading of weapon systems, establishment of network centric command and control systems, maintenance of operational support facilities and improvement of personnel working conditions and welfare are on-going.

These, according to the CAS, were essential enablers to expeditiously prosecute the current fight against terrorism, insurgency, banditry and kidnapping among other threats facing the country.

Air Marshal Amao also reiterated that the NAF would remain fully committed to the successful execution of her assigned roles and be loyal to the Nigerian Constitution.

A day earlier, the Guest of Honour at the Regimental Dinner organized for the graduating Branch Commission Cadets, His Excellency, the Executive Governor of Kaduna State, Mallam Nasir El-Rufai, who was represented by the Commissioner for Internal Security and Home Affairs, Mr Sam Aruwan, reminded the cadets that their graduation was just the beginning of yet another challenging but rewarding phase of their careers in the NAF.

He then urged them to see their new status as an opportunity to make more significant contributions to national development bearing in mind that the military is a catalyst for national cohesion, which is a critical pre-requisite for ensuring a peaceful and prosperous nation.

While admitting that Kaduna State have enjoyed a good working relationship with the NAF, through the Air Components of Operations Thunder Strike, Safe Haven, Badamamaki and the 271 Detachment in Birnin Gwari, he noted however that there were undoubtedly room for more radical and innovative approaches and solutions towards solving the myriads of security challenges in the State.

He thereafter challenged the graduands to contribute their quota by bolstering existing efforts, while injecting fresh ideas based on their own distinctive perspectives.

According to him, “All of these must be brought to bear in your future assignments and deployments to various theatres of operations to deal with the threats confronting our Nation, in order to restore peace to troubled areas.”

He however sounded a note of caution, stating that, “Your duties will not only require personal professional competence but will also test your abilities to effectively lead men in the field. You are therefore expected to ensure that you show good examples in both conduct and turn-out. An excellent way to show this is by embodying the core values of the Nigerian Air Force: Integrity, Service before Self, and Excellence.”

Highlights of the Passing Out Parade was the presentation of awards to cadets and recruits who distinguished themselves during the course.

The ceremony was witnessed by the Chairmen of Senate and House of Representative Air Force Committees, Senator Bala Ibn Na’Allah and Honourable Shehu Koko respectively, representatives of the Chief of Army Staff and Chief of Naval Staff, Branch Heads from the various Services, Heads of Tri-service institutions in Kaduna State, as well as families, friends and well wishers of the graduands. 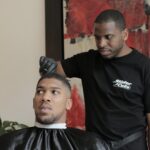 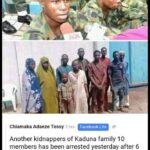