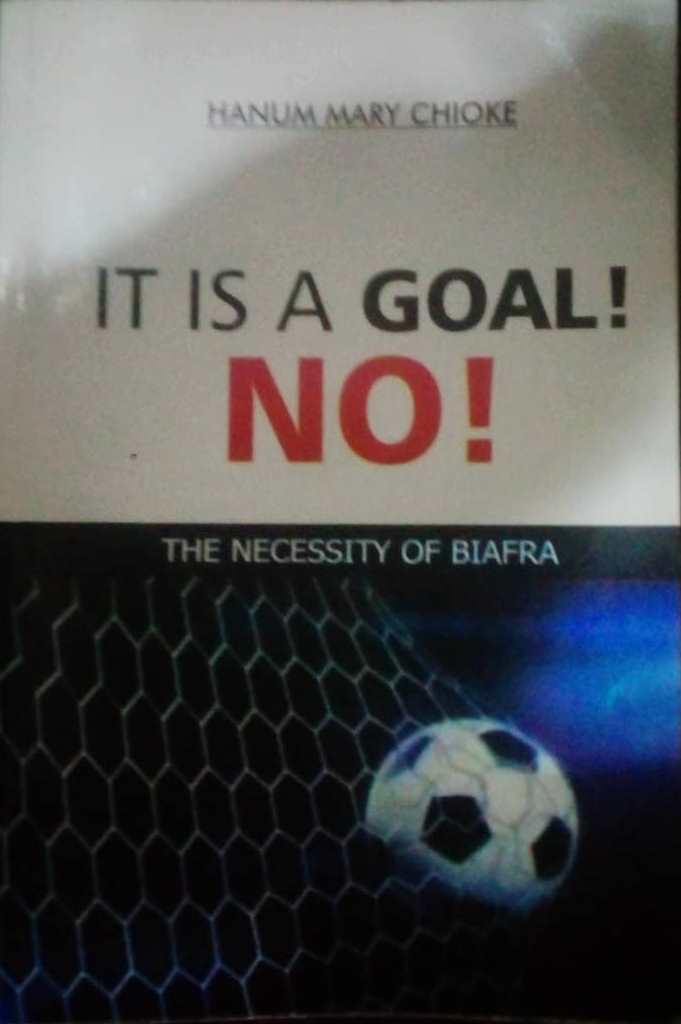 Man’s existence on earth can be understood like a football match in which a goal must be scored for victory to be achieved. Hanum Mary Chioke in his book It Is A Goal! No! – The Necessity of Biafra understands that a radio or television commentator almost always enthusiastically screams “It is a goal!” only to reverse himself when the ball does not eventually hit the back of the net. The players must then keep on trying until the goal of victory is scored.

Hanum Mary Chioke has lived through the gamut of the early promise of Nigeria at independence in 1960, the horrors of the Igbo genocide after the coups of 1966, and saw action as a Biafran soldier in the civil war. He now stands strong as a witness to the denial of justice and equity in post-war Nigeria, and thus bears testimony that the clear and present necessity is to let the oppressed people go.

It is remarkable that Hanum Mary Chioke in It Is A Goal! No! – The Necessity of Biafra goes way back to the 1914 Amalgamation of the Northern and Southern Protectorates of Nigeria by Britain. His discussion of the country’s early politics is foregrounded by an unpublished paper entitled “A Quick Review of the Development of Nigerian Politics 1945-1966” written by one of the Permanent Secretaries of the era. The author adds gravitas to his thesis with Philip Asiodu’s “The Formal Structure of British Colonial Government in Nigeria.”

Hanum recalls that “without proper consultations even with his own party, Anthony Enahoro moved a motion in the House of Representatives in March 1953, demanding Self-Government for Nigeria in 1956.”

The military of course struck first on January 15, 1966, and then on July 29, 1966. The massive killing of Easterners and Igbos in the North led to the fleeing of the Igbo people and Easterners back to the East. The Military Governor of the Eastern Region, Lt-Col. Emeka Odumegwu-Ojukwu, had the onerous task of calming down the restive people. Lt-Col. Yakubu Gowon who had assumed duties as Head of State over General JTU Aguiyi-Ironsi’s dead body did not do much to stem the killings, and Ojukwu would not accept his authority as the leader of the country.

Hanum Mary Chioke’s It Is A Goal! No! – The Necessity of Biafra is autobiographical as he gives account of his growing up years in Port Harcourt where, he writes: “We all spoke Igbo – everyone did.”

According to Hanum Mary Chioke, “In 1966, a relation of mine travelled to the United States for higher education and promised to arrange for my coming to join him. He did, but the war had started and we could not connect with the American emissary at Asaba who travelled all the way from America to take me away. This changed my chemistry.” The civil war had not actually started in 1966, but the hostilities were heavy.

Having completed his secondary school studies, he “secured employment with a motor sales and maintenance company as a clerk with a good pay.” The European Accountant literally adopted Hanum who was then 20 as his son, riding with him to work in the same car. Working on Saturdays, he surreptitiously learnt to drive a car behind his boss’s back.

Amid the threat of war, Hanum who was called “Cyril” by his boss was transferred to the Onitsha branch of the company. As opposed to living all his life in his parents’ home while in Port Harcourt, he at first lived in his Uncle Jaka’s home in Onitsha before settling into “a boy’s quarter.” He was a good footballer and a member of the company’s first eleven team. He got injured and the beautiful lady Tessy nursed him back to health and taught him love.

Meantime, Igbos and sundry Easterners were fleeing from the pogrom in the North while crowds of young men marched on the streets of Onitsha asking Ojukwu to give the guns to fight back.

A last ditch effort to save Nigeria came in the shape of Gowon and Ojukwu meeting in Ghana where an Accord was reached. The federal authorities reneged on the terms of the Aburi Accord, and war supervened.

Hanum’s younger brother Nick who was initially refused enlistment in the new Biafran Army for being underage eventually got enlisted with a “magic number” given to him by a tenant. Hanum’s elder brother then got enlisted. A third brother, Peter, who was barely 14 “joined the boys’ civil defence and was away every morning for training also.” The author could not enlist because he was still under employment.

As the war “started at the Biafran northern border town of Gakem”, Hanum had to travel from Onitsha to Port Harcourt, and while walking along the Garden City’s Aggrey Road he saw “someone with a bandaged heel in Biafran Army uniform” who turned out to be his brother Peter.

Hanum eventually volunteered to enlist in the army, and after the successful 21-week training session he earned the rank of 2nd lieutenant. A devout Catholic, he always fought with a rosary in his pocket. The recurrence of the injury he had while playing football threatened to abort his war efforts but somehow he survived. He was dubbed “C.Y Special” by the Brigade Commander, a Colonel, for adopting a somewhat rebellious but successful adventure that helped to kill many enemy soldiers including their unfortunate mistress.

While the boys were still eager to fight on, Brigadier Philip Effiong announced Biafra’s surrender, thus bringing the war to an end. A disappointed young man, he walked home “exhausted but not tired, to a tumultuous welcome by my parents, brothers, sisters and relations.” His two brothers who went to war never returned, leaving him with “a balance of two very young brothers who could not have become soldiers even by conscription.” His elder brother would return home four days after with a wounded left hand that eventually healed but left in its wake “a nervous curve of two fingers.”

Since justice has evaded win-the-war Nigeria since Gowon made the vain “no victor, no vanquished” proclamation it is little wonder that the necessity of Biafra cannot be wished away. 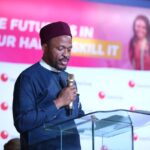 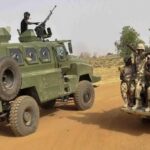 Global Upfront7 mins ago7 mins ago
24
Sep
1 hour ago

Global Upfront1 hour ago1 hour ago
24
Sep
4 hours ago