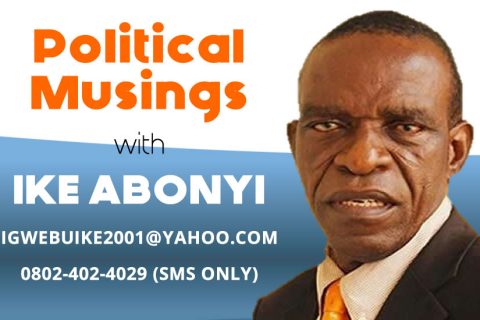 “If you always support the correct principles, then you will never get the wrong results.” – Andrew Johnson

Nigeria, truly, is a bizarre country. What you see or hear that will bring down the roof in other climes will be swept under the carpet and made a nonissue in this country. Energies of leaders and operatives are channelled to things that are not central to national challenges.

A pastor collects fees ostensibly to take his flock to heaven; he gets rave reviews from adults who are wilfully blind or demented. The Nigerian police are after him, to boot, ostensibly fighting extortion. But the same police turn a blind eye to two particular political parties that sell forms to presidential aspirants at ₦100 million and ₦40 million each respectively.

If the pastor sins by charging fees for what he cannot provide, are the parties not liable too for extortion over scandalous EoI form fees, knowing full well that they have virtually made up their minds who to give the flag bearer ticket. Yet they are collecting money from others? The other day a strange woman claimed to have slept with her dog and the police fuelled their car and ran after her, leaving life-threatening crimes all over the place.

In Nigeria alone, universities have been shut down for months for the persistent failure of the government to honour deals with lecturers. Both the government and the populace have moved on to politicking for 2023. One of the presidential aspirants Peter Obi told a student who confronted him over it that he finds it embarrassing that the 2023 campaign is going on with Nigerian undergraduates being forced to stay home. The same government has even gone on to collect money from prospective undergraduates for JAMB examinations while the schools they are aspiring to enter are under lock and key.

Two top-notchers of the ministries of education and labour directly concerned in the ASUU strike have moved on, paid ₦100 million each to buy EoI forms for the presidency of Nigeria. The concern of most of these aspirants now is what scheming to do to avoid their nonrefundable ₦100 million entering the voicemail. The aspirants lose sleep, not for the stay-at-home students but their EoI deposits vanishing into thin air.

In Nigeria only can it happen these days of the new hi-tech that criminals will waylay a moving train, kill, maim, and kidnap passengers, and for months afterward, what matters at every level is 2023. The victims held hostage has become the primary concern of the families as the government has moved on. Bizarre enough, the abductors use the telephone to negotiate with the families of their victims. Yet they could not be apprehended. That is to say, the authorities are looking for them in the first place. Is the primary duty of every government still the protection of lives and property?

To effectively pour salt into an open wound and further insult our psyche, an eight-month pregnant passenger-hostage was in the bush until full-term was safely delivered with a baby. The abductors then circulated the baby’s picture via social media, yet our leaders’ consciences are not pricked enough. Instead, 2023 is everything nowadays.

In 2014, President Muhammadu Buhari, then aspiring to rule, could not afford the ₦27.5 million meant to buy the presidential EoI form. He had to borrow from his bank. Right under his rule, the presidential nomination fee costs ₦100 million, a more than 600 percent rise in eight years One had thought that after going through the furnace to get the gold, he would do everything to prevent a repeat by lowering the form fees. Instead, the fire in the furnace is fortified. This is a government that rode in on the mantra of change agent. The Buhari regime that was even labelled incorruptibl has instead fertilised corruption to grow from ₦27.5 to ₦100 million.

The main opposition PDP in its struggle also hiked the presidential form to ₦40 million in line with the devaluation that occurred under this regime. As of the close of the nomination form on Wednesday, 41 persons have bought forms to contest for the flagbearer tickets of the two main political parties, 24 in the APC and 17 in the PDP.

While we agree that our country is in a mess generally but more precarious in the area of economy and insecurity, the next president will have enormous problems before him or her, the office is still so attractive for so much money as application fees to call for interrogation by the Nigerian people.

Now the question: why is it so attractive that even the sick and elderly who need rest are struggling for the job. Is it because it is said that Nigeria’s presidency is the most powerful office in the world in terms of statutory instruments? If it’s to serve as in other climes, why are the sick and unfit fighting to get it?

The truth is obvious: in this presidential race, there are two categories of people, the pretenders, and the contenders. The contenders believe that they are competing with others to achieve their goal of picking the ticket for their party. The pretenders are the we-too-aspired who know ab initio that they are in the race for other motives that are largely selfish and unpatriotic. The two types exist in the two parties and they are more in number.

The curious thing is, why should somebody want to pretend with ₦100 million and ₦40 million?

The answer is simple: they are not throwing away the money as it would seem to the ordinary eye. They are “investing” and positioning themselves for relevance. First, most of them would not have been able to win to be delegated to their parties’ national convention to nominate candidates. But by aspiring, they have become automatic delegates. Some of them are not even stakeholders of the party at the ward levels, but they will now attend critical meetings even at the national level.

When the time comes to separate the chaff from the grain, they will negotiate a refund of expenses plus an appointment in some cases. So while political watchers frown at their being there to multiply the already existing confusion, the reality is that they are there to expand their entrepreneurial prowess. So, when you hear in political parlance the more the merrier, it’s from the point of business transaction which the crowd seeks to expand.

There is a strong proposition that everybody should show more than passing interest in politics if they desire to prevent idiots from governing them. But here we are where more idiots are on the scene multiplying the confusion to have one of them emerge amid the bewilderment.

Given the number of supplications being poured out by Nigerians about having a better country every day, one could say like Raymond Khoury, “We’ll elect any bumbling fool, any champion of mediocrity to the highest office in the land as long as they have God as their running mate.”  Here we call it God-fearing which all our previous leaders claimed they are but end up showing the opposite. The real concern is that most of them do not even have God near them, not even as running mates. Often, they desire to pick their likes as running mates so that nobody will complain or raise alarm when governance is being abused or vandalised. If only Nigerian politicians know and realise that democracy is not simply a licence to indulge individual whims and proclivities but a serious business that affects the lives of not a few!

If somebody gives you ₦100 million or ₦40 million for a ticket that he or she knows they cannot win but to help confuse the polity, how patriotic are they to the cause of good to the nation? There is a price for everything whether it comes open or not for those who block what is good and help evil to thrive because of what they gain.

Chief Arthur Francis Nzeribe [may God bless his soul] was a significant figure in the second and stillborn third republic and was a major player in the June 12, 1993, political brouhaha for the wrong reason. As he joined his ancestors last Sunday, all that could be Googled of him is negative which drowned his positives. May God help you prevent evil from drowning your good in society. 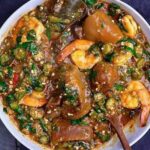 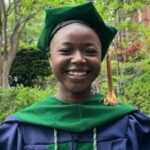