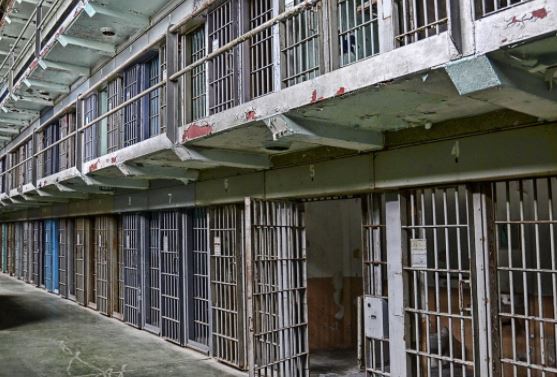 Thirteen years after, at least 101 people arrested for their alleged links with Boko Haram have been kept incommunicado at the Kirikiri Medium and Maximum Correctional Centres, Lagos, investigations have revealed.

Activists following the case said some of the victims had died in custody long after they were granted bail by the courts but not released by the authorities.

Daily Trust on Saturday learnt that the detainees were separately arrested in Maiduguri, Bauchi and Kano on suspicion of being members of Boko Haram in late 2009 when police and other security agencies embarked on raids that led to the arrests of suspected members of the terrorist organisation.

Since then, they have been in detention with no hope of freedom any time soon.

According to an official of the Legal Aid Council, which has been pursuing the case, the detainees were arrested by the police at various places in Maiduguri in Borno State, Kano and Bauchi.

“Some of the suspects were arrested in their homes, business premises, mosques, or travelling on the highways during raids carried out by the police,’’ an official of the Legal Aid Council confirmed.

He said that a total of 164 persons were arrested in the wake of the outbreak of the disturbances by members of Boko Haram in Maiduguri in July 2009.

“From our investigation, more than 160 persons were arrested, but we now have 101 still in detention. They were initially 104, but three died in detention while six others have mental problems due to trauma,” he said.

He said the detainees were initially arraigned before courts in Kano, Maiduguri and Bauchi. He said the courts granted them bail but some of them could not meet their bail conditions; hence they are still in detention.

“They were separately detained in Correctional Centres in Kano, Maiduguri and Bauchi pending the time they would meet their bail conditions. However, in March 2011 they were all herded into a truck and moved to Lagos.

He said that after their movement to Lagos, there was an order that they should not be allowed access to their relatives. He added that many of them had lost contact with their relatives.

He said the detainees were charged with offences which mostly carried a maximum of four years imprisonment.

“What it means is that they would have even served their terms by now if they had been convicted,” he said.

He said because the cases had been delayed this long, it would even be difficult to get witnesses to convict them. He said their movement to Lagos had made it impossible to prosecute them as their cases could only be heard by a court where the alleged offences were committed.

“They could not also be detained under the terrorism act as the law was passed after their arrest, and it does not have a retrospective effect.

“These people should be released or brought back to the respective places of their arrest and be prosecuted. This is a clear case of human rights abuse, which should be addressed immediately in the interest of justice,” he said.

Meanwhile, Daily Trust Saturday learned that the Director-General of the Council had written the Attorney-General of the Federation for his intervention.

In the letter, the Director-General stated that there was no further reason to keep the suspects in detention since the authorities had lost interest in the case. He also noted that the detainees had undergone a de-radicalisation programme organised by the government while inside the Correctional Centre.

In a similar effort to ensure justice for the victims, a Lagos-based non-governmental organisation, The Incorporated Trustees of Prisoners’ Rights Advocacy Initiative filed a case before a Federal High Court in Lagos seeking their release.

The case was brought against the Attorney-General of the Federation, the Inspector General of Police, the National Security Adviser and the Comptroller-General of Correctional Service.

In the suit, they asked the court to declare that the arrest and continued detention of the applicants for many years without proper arraignment and trial in a court of competent jurisdiction was unlawful, unconstitutional and an infringement of their fundamental right to freedom of personal liberty, the right to be tried within a reasonable time by an impartial court/tribunal and respect for the dignity of the human person.

The applicants also sought their unconditional release and a perpetual injunction restraining the respondents or their agents from further interfering with their fundamental human rights in any manner.

In an affidavit in support of the claims, a lawyer who represented the applicants, Kelani Isa Kehinde, deposed that they were victims of widespread and entrenched culture of indiscriminate raids and arrests of citizens without conducting proper intelligence gathering and due investigation by the Nigeria Police Force.

He deposed that three separate committees had interactions with the applicants since their relocation to Lagos ad promised to look into their cases.

The committees included the Dialogue and Reconciliation Committee set up by former President Goodluck Jonathan in 2013, and another presidential committee led by General A.B. Mamman, which visited the custodial centres in 2017. Similarly, the then Minister of Interior, General Abdulrahman Dambazau, was briefed about their plight during his visit to the Centre in 2016.

However, in October 2021, Justice A. Lewis-Allagoa, dismissed the case in his judgement.

He added that the affidavit by the applicants did not disclose who ordered and carried out their arrests. He also ruled that the action failed, in that it should have been filed as an individual rather than a joint action by the applicants. This, he added, made the case incompetent.

The judge further ruled that a case of false imprisonment could not be redeemed under Fundamental Rights (Enforcement Procedure) rules 2009. He said they could be claimed by following the common law procedure of issuing a writ of summons and filing pleadings.

Ahmed Adetola-Kazeem, a lawyer who represented the detainees, told Daily Trust Saturday that he was disappointed in the judgement but would continue to pursue the issue through other avenues until they are freed.

“I am offering my service free of charge. I will continue to work with the organisation to find a way of securing the release of these innocent people,” he said.

He said the case was dismissed based on technicalities, not on its substance.

One of the detainees, who pleaded anonymity, said they were disappointed with the turnout of the judgement. He said many of them had given up on ever regaining their freedom unless a miracle happened.

He said three of them had died while six had gone mad because of the condition they found themselves.

“We have been held incommunicado. Our families and relatives are not allowed to visit or even talk to us. We are indeed in a terrible situation. We do not know the situation of our wives and children who have been waiting for 13 years,” he said.

He said that even their representatives had not shown interest in their case because they had been tagged as members of Boko Haram. He said a majority of them were arrested far away from where the crisis was taking place and had never been members of the terrorist group.

Speaking to Daily Trust Saturday on telephone, the Force Public Relations Officer, Olumuyiwa Adejobi, said the police would not take suspects into custody without a court order.

Adejobi, a Chief Superintendent of Police (CSP), directed one of our correspondents to the Nigerian Correctional Centre (NCS) to find out who brought the suspects and the person who did the case.

He said, “No trace yet. Please find out from the NCS who brought them and who did the case because without a court order the police won’t take suspects into custody. The NCS knows better, please.”

Also, the NCS said it was not responsible for the nature of crime or trial of inmates in its custody.

It also said that while it had no control over the way and manner the court conducts its affairs in the trial of inmates, the service engaged relevant stakeholders to avoid unnecessary delay in the process.

The public relations officer of the NCS, Lagos State command, Mr Rotimi Oladokun, who declined to comment on the specific case of the reported 104 Boko Haram inmates at the Kirikiri Correctional Centre, said it was a known fact that there are more victims awaiting trials than convicted inmates at correctional centres.

“I can’t comment on the specific, but generally, there are more awaiting trial inmates than convicted inmates in our custodial centres. It is not the command that remands people; anyone remanded must have come from a court of competent jurisdiction,” he said.

When pressed further, he said the NCS was not responsible for the arraignment of inmates but takes them to court whenever requested by a judge.

He said the NCS engaged the judiciary and Ministry of Justice during the meeting of the Committee on Administration of Criminal Justice Act (ACJA) whenever it observed a delay in the prosecution of an inmate.

There was no official comment from the office of the AGF on who was responsible for keeping the suspects this long.

Text minus headline first published in Daily Trust on Saturday 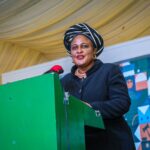 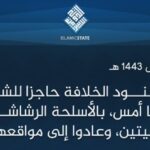