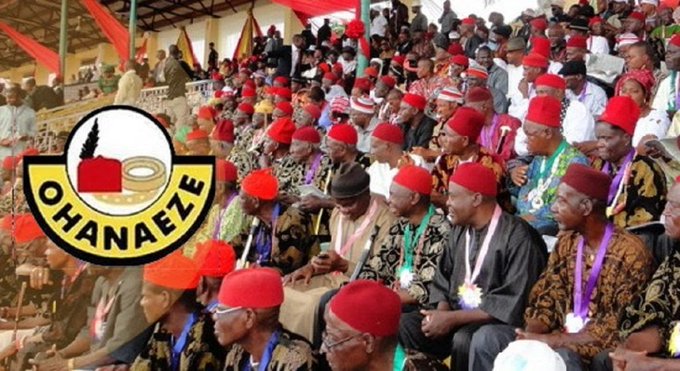 The Northern Elders Forum (NEF) has described as false, the claim by the Presidency that it instigated a section of Nigeria to leave the country.

Dr Hakeem Baba-Ahmed, Director, Publicity and Advocacy of NEF said in a statement on Tuesday night that Presidential Spokesperson, Garba Shehu, who made the claim, neither quoted a single word in the statement he attributed to the Forum nor mentioned its signatory or  date.

He said as a former journalist, Shehu “must know that no self-respecting journalist will take this statement seriously. His statement was entirely a monologue castigating the Forum over fiction which only he can understand.

“The Forum believes in the rights of all Nigerians to live in peace and aspire to their dreams. It believes in the utility and desirability of a united and strong Nigeria which will meet the aspirations of all citizens. “When the Forum made comments in the past about the challenges to our union, security or governance, it always did so openly and in a responsible manner. It is baffling to see this unfair attribution from the Presidency at a time when calm nerves are needed and statesmanship should be in display.

“Northern Elders Forum restates that it made no such release, and advises leaders to note the very sensitive times in which we live at the moment,” Baba-Ahmed stated.

However, in June last year, the Northern Elders Forum (NEF) said in other to prevent another civil war in Nigeria, the Southeast region populated by Igbos should be allowed to secede from Nigeria if the movement is popular among the people in the region.

“The Forum has arrived at the difficult conclusion that if support for secession among the Igbo is as widespread as it is being made to look, and Igbo leadership appears to be in support of it, then the country should be advised not to stand in its way,” NEF spokesman Hakeem Baba-Ahmed said in a statement.

“It will not be the best choice for the Igbo or Nigerians to leave a country we have all toiled to build and a country we all have responsibility to fix, but it will not help a country already burdened with failures on its knees to fight another war to keep the Igbo in Nigeria.”

Baba-Ahmed further stated that standing in the way of the agitators will only worsen the insecurity in the country.

He said the agitation by the Igbo for secession has become widespread, adding that the leaders in the State appear to support the decision.

Earlier in a statement on Tuesday, Shehu had blasted the NEF for allegedly asking a section of the country to be excluded from Nigeria.

Shehu had stated: “We are aware of the latest statement from the so-called “Northern Elders Forum.

“We wish to reassure Nigerians that it remains their democratically elected leadership which takes the decisions that steer our nation – and no one else.

“No self-appointed and unelected group can take this right from Nigerians – no matter how much coverage they may enjoy in the media. Nigerians listen to elected leaders, not opinionated tin-gods who have no traction with any responsible group.

“It is a delusional arrogance that will lead such a group to publicly state terms and conditions for the existence of our nation.

“Who gave them the right to ask for the exclusion, or expulsion of any one, group or section of the country from the Federal Republic of Nigeria?

“The Nigerian government does not take guidance nor invitations from such groups – only from the Nigerian people who put governments in office.

“Any group can refer to themselves as “leaders”, but in Nigeria, if you have not been elected by Nigerians to a leadership role, then you are not – and the government certainly doesn’t recognise you as such.”

Shehu had also noted that like many other countries around the world, Nigeria feels the strain of the current period of volatility and uncertainty.’’ 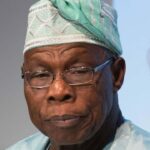 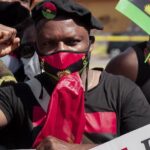 Sri Lanka Riots: How The Tiny Indian Ocean Island Nation Got Into Such A Mess