Special Assistant to President Muahmmadu Buhari on Media, Garba Shehu, has said that negotiations are ongoing with terrorists to ensure release of the victims of Abuja-Kaduna train attack.

Nine were said to have been killed, over 20 others sustained injuries from gunshots and 62 passengers abducted when bandits attacked an Abuja-Kaduna train on March 28, 2022.

On Monday May 16, the Nigerian Railway Corporation (NRC) announced the resumption of services in the Abuja-Kaduna rail line for Monday May 23. But on Friday May 20, the resumption was again suspended indefinitely.

Shehu spoke during an interview on Channels TV’s Politics Today on Friday night that “we’re aware that there has been resistance from the family members of those who have been taken captive. Of course this is expected.

“This acts as a pressure on one of the people involved in the discussion with the terrorists to ensure a safe release of those that have been held.

“The position of government has been stated and restated over time that the success of any operation will be determined by the number of recoveries of human beings alive and well not the return of dead bodies.

“The  government has spoken about the fact that negotiations are ongoing, although a bit difficult, but we hope that we return to normalcy.”

Speaking on what the government is doing to safeguard rail tracks in the country, Garba Shehu said, “The matter is with the State Security Service but they they don’t make their findings on display. They have done most that can lead to the establishment of credibility between themselves and those they are talking to.

“Yes there is an improvement in security. The air surveillance has been announced by the former Minister of Transportation and the president as far as we know has okeyed electronic monitoring and surveillance and will ensure that there is tracking of far and near of the rail track not only on Kaduna-Abuja, but also Ibadan-Lagos track.” 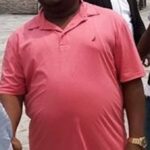 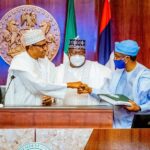