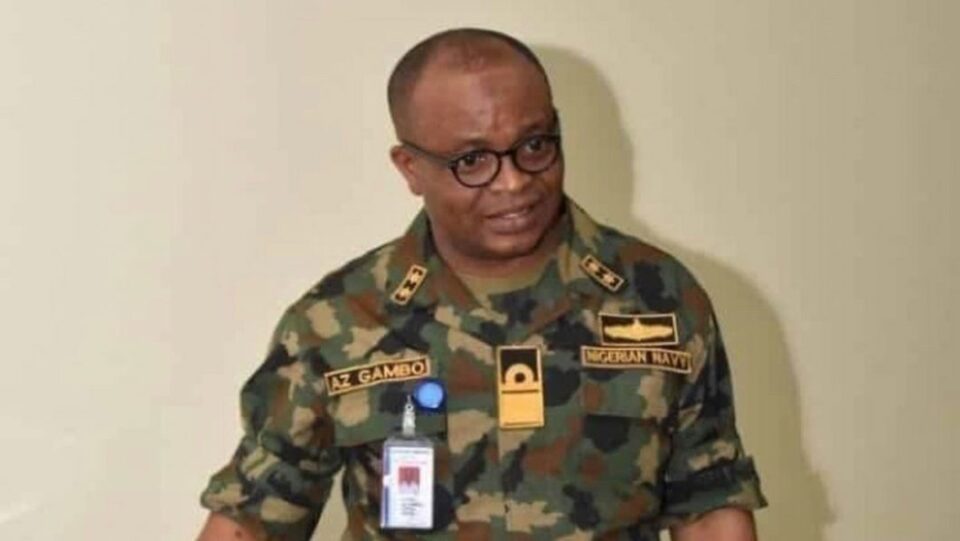 1.       On behalf of the Chief of the Naval Staff, Vice Admiral AZ Gambo, Admiralty Medal, I have the honour to welcome you all to the Naval Headquarters for the Press Briefing on the occasion of the 66th Nigerian Navy (NN) Week Celebrations which commences with this Press Briefing today being Tuesday 24 May 2022. You could recall that the NN had prepared adequately to host its 65th Anniversary last year. However, the event was cancelled at the last minute due to the unfortunate loss of the then COAS, Lt Gen MA Attahiru and 11 others on 21 May 2021. The CNS and the NN family pray for the repose of the souls of the departed and for God to look after their families.

The objective of this Briefing is to acquaint the general public with some recent milestones of the Nigerian Navy and also highlight the events programmed for the 66th Anniversary of the NN. As you know, the Nigerian Navy was established on 1 June 1956 as the Nigerian Marines. Over time, the Nigerian Navy has grown from an offshoot of the Nigerian Marines to a formidable component of the nation’s security architecture and a major player in the Gulf of Guinea (GoG). It is evident that the NN today has made remarkable contribution to the peace, progress, prosperity and global image of our nation. With this legacy of service to the nation, the NN is justified to celebrate its founding days annually. To this end, elaborate arrangements have been made to mark the 2022 NN Week.

2.       Progressively, the NN has made giant strides especially in the areas of Fleet Recapitalization and operational activities. The continuing  Recapitalization of the Fleet is a top priority of the NN under the incumbent Chief of the Naval Staff, Vice Admiral Awwal Gambo. The unflinching support of Mr President and Commander-in-Chief of the Armed Forces, Federal Republic of Nigeria, President Muhammadu Buhari GCFR through aggressive fleet recapitalization, led to acquisition of several capital ships, Fast Patrol Boats, Inshore Patrol Crafts including air assets as well as the indigenous construction of Seaward Defence Boats (SDB).  Last year, Nigerian Navy Ship (NNS) LANA, a Hydrographic survey ship, joined the fleet from France in December 2021, while the contract for another 35m Hydrographic Survey Ship has been signed with OCEA Shipbuilding, France.

Also, on 1 April 22, the Service took delivery of its newly constructed Landing Ship Tank (LST) – 100, NNS KADA at DAMEN Shipyard in Sharjah, UAE.  Subsequently, the vessel set sail on her maiden voyage to Nigeria. Ladies and gentlemen of the press, NNS KADA is expected in the country on Friday 27 May 2022.  Efforts are also ongoing for the acquisition of another LST.   Furthermore, the NN recently signed a contract with DEARSAN Shipyard of Turkey for the construction of 2 X 76m High Endurance Offshore Patrol Vessels (OPVs).  The NN is also in the process of taking delivery of Unmanned Aerial Vehicles (UAVs) to enhance our Maritime Surveillance/Domain Awareness assets including NN response capability. Needful to add that the construction of SDB IV and V at Naval Dockyard Limited, Lagos has commenced.

3.       Consequent upon the Fleet Recapitalization efforts, the NN has achieved significant milestones in ensuring improved maritime security for the nation’s economic prosperity. I am pleased to inform you that there has been successive decline in reported cases of piracy and sea robbery attacks within Nigeria’s maritime domain leading to improved shipping into Nigeria’s waters with attendant positive impact on the nation’s economy. This noble achievement was complemented by the International Maritime Bureau Global Piracy Report of 14 July 2021, which indicated the lowest number of piracy and sea robbery against ships in our waters    in 27 years.  The report was corroborated by the Defence Web, which noted further decline in reported cases of piracy and armed attacks against shipping in Nigerian waters.  Ladies and gentlemen, I am pleased to notify that the latest International Maritime Bureau report of 3 March 2022 shows that Nigeria has exited the IMB’s Piracy List. This means that Nigeria is no longer in the list of piracy prone countries.  The consequences are enormous and positive for the shipping industry, general maritime commerce, and the national economy.

4.       In terms of strategic collaboration, the NN has continually collaborated with International and Regional partners. The Service has collaborated with the International Police especially in the area of information gathering for actionable intelligence towards combating piracy and other crimes within Nigeria’s maritime domain. Such collaboration led to the arrest of MV CHAYANEE NAREE in October 2021 for conveying 33kg of cocaine worth 1.5 million US Dollars from Brazil to Lagos. Also, under the European Union-Coordinated Maritime Presence in the GoG, the NN collaborates with ships from European Union navies to patrol the GoG towards addressing security challenges. Noteworthy is the first ever Joint Event on Strengthening Nigeria – EU Cooperation on Maritime Security which held in Lagos on 7 April 2022 with a view to solidifying the close partnership that has developed between the Nigerian Navy, the European Union and EU Member States operating in the region.

Allied to these efforts are the annual multi-national maritime exercises such as Ex OBANGAME EXPRESS and Ex GRAND AFRICAN NEMO sponsored by the United States of America and France respectively. Pertinently and most recently, the NN participated in training exercises with at least 8 navies namely French, Brazilian, Royal Navy, Pakistani, Italian, Spanish, US and Canadian Navies.  Likewise, the NN collaborates with all navies in the Region under the auspices of the 2013 Yaoundé Code of Conduct, which prioritizes cooperation and information sharing between navies of Economic Community of West African States and Economic Community of Central African States. Also, under a new framework for tackling insecurity in the GoG named the Gulf of Guinea Maritime Collaboration Forum and Shared Awareness Deconfliction (GOG-MCF/SHADE), the NN plays an active significant role as the lead agency responsible for maritime security in Nigeria.

5.       In realization of the contemporary strategic security environment, the CNS, V Adm AZ Gambo promulgated the CNS Strategic Directive 5-2021 and the Nigerian Navy Strategic Plan 2021-2030. These policy documents have refocused and re-energised the NN towards higher productivity and service delivery underpinned by the NN’s core values of Integrity, Professionalism and Teamwork. The NN has also performed satisfactorily in the fight against crude oil theft and illegal oil bunkering through operations conducted by operations bases and Forward Operating Bases (FOBs). The most recent and ongoing operation in the NN is Op DAKATAR DA BARAWO (meaning “Stop the Thief” in Hausa Language) which was activated on 1 April 2022 in synergy with the Nigerian National Petroleum Corporation Limited.

Pertinently, within 7 weeks, the operation recorded some successes.  Notably are the arrest of 45 suspects, deactivation of 172 Illegal Refining Sites (IRS), 745 metal storage tanks, 567 ovens, 263 pits including the destruction of 50 wooden boats and 14 speedboats.  Equally, NN Patrol Teams denied oil thieves about 11,781,937 Liters of illegally refined AGO, 20,378,414 Liters (128,180 bbls) of crude oil and 367,715 Liters of DPK. Others are, about 232,000 Liters of PMS, 830,000 Liters of Sludge and 66,000 Liters of LPFO. These products are worth over Fifteen Billion, Seven Hundred and Sixty-One Million, Five Hundred and Thirty-Six Thousand Four Hundred and Forty Naira (N15,761,536,440). This feat, already being applauded, would be sustained. The NN has not also relented in her effort at infrastructural development, personnel welfare and capacity development to support her operations.

6.       Let me at this juncture acquaint you with the activities scheduled for the 2022 NN Week Celebration. This media briefing flags off the NN 66th Anniversary Celebrations. From 26 May, there will be commissioning of projects in respective Commands of the NN. As I mentioned earlier, NNS KADA is expected in the country on 27 May 2022. A warm reception is organized for her on the same day at the Naval Base, Apapa. Special Juma’ah Prayers and Inter-denominational Church Services are also programmed to hold in all naval establishments on 27 and 29 May respectively. There shall be Golf and Polo Tournaments on 28 May and 1 June respectively. Additionally, Naval Officers Wives Association (NOWA) Seminar and other philanthropic activities will be held in Port Harcourt area from 28 May.

7.       From 30 – 31 May, there will be an International Maritime Conference and Regional Maritime Exercise (IMCREMEX) 2022. The Conference is scheduled to hold at the Onne Port Multi-Purpose Centre,  Rivers State with the theme, “Optimising Collaboration for Maritime Security and Socio-Economic Development in Africa”. The Exercise will be flagged off at the Federal Ocean Terminal, also in Onne, Rivers State. The IMCREMEX 2022 is poised to enhance regional cooperation and boost effort towards collective security of the maritime domain. The Special Guest of Honour at the Conference is His Excellency, President and Commander-in-Chief of the Armed Forces, Federal Republic of Nigeria, Muhammadu Buhari GCFR. Other very important personalities expected at the Conference include seasoned resource persons, heads of navies as well as captains of industry and strategic stakeholder. Needful to mention that the IMCREMEX 2022 is the Third Edition after the 2016 and 2018 editions organized by the NN.

This Edition is unique because the NN is in partnership with the Institute for Security Studies Africa. IMC 2022 will feature a meeting of African Naval Chiefs and Maritime Security experts to interrogate and agree on proposed modalities for fulfilling the requirements of the African Union Peace and Security Council (AU PSC) Communique 1012, in support of the 2050 African Integrated Maritime Strategy. Essentially, the Communique seeks to establish Combined Maritime Task Forces among the navies of the GoG states and those along the Eastern/Southern coastlines as well as a Continental Maritime Advisory Council to be composed of the Heads of Navies and Coast Guards. For this reason, delegates to this year’s conference are not limited to GoG states only but also those of Eastern and Southern African nations. I also have the pleasure to inform you that several friendly nations have earmarked ships to participate in the Regional Exercise alongside NN ships and aircraft.

8.       Relatedly, Medical Rhapsody will be conducted in Onne and all Commands on 31 May 2022. The last in the series of activities lined up for the 66th Week Anniversary is the Ceremonial Sunset and Reunion Dinner, at Nigerian Naval College, Onne, Rivers State. The Ceremonial Sunset is one of the oldest and most significant of naval ceremonies which usually mark the conclusion of special events. In keeping with tradition, the Ceremonial Sunset will include a display of the Ceremonial Band of the NN and a salute to the lowering of the Ensign. It is pertinent to state that throughout the period of the 2022 NN Week Celebration and as operational demands would permit, all capital ships of the NN will be dressed overall and be lit at night. You may wish to follow the 2022 NN Week activities on www.nigeriannavyimcremex.com.ng

9.       At this point Ladies and Gentlemen of the press, I want to sincerely thank you for your continuous support to the NN. I urge you to give adequate publicity to all the events earmarked for the 2022 NN Week Celebration. Thank you. God Bless you all and Onward Together. 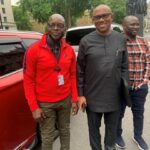 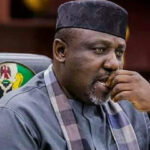