A man dressed as the grim reaper has set himself on fire in front of horrified bystanders in Istanbul.

Abdullah Cihat Turan P., 28, posed for pictures with tourists while holding a scythe in front of the Turkish city’s medieval Galata Tower yesterday.

Then all of a sudden he doused himself in petrol and set himself alight.

Some tourists even took selfies alongside him as he burned, with his body completely consumed by fire as he staggered over cobblestones in front of restaurant tables.

He raised his arms to the sky and dropped to the ground before two workers from a nearby shop grabbed fire extinguishers to put out the fire.

The extent of his injuries is not yet know but he is understood to have survived the self-immolation.

He was seen talking to authorities and waving his arms after the horrific ordeal.

Other footage shows the man screaming after the flames have been put out with skin and charred clothing hanging from his arms.

Many have questioned why the onlooking tourists did nothing to intervene and put out the fire.

Ragip Soylu, Turkey Bureau Chief for Middle East Eye, said: ‘Someone in Istanbul’s Galata set himself ablaze. Some tourists continued to take selfies as the guy was burning.’

Another said: ‘It was a tragedy for those who watched and photographed the man who burned himself in Galata yesterday.

‘But that man burned himself, the clothes and the fact that there was a woman in a red dress among those who took selfies when he burned himself, when you collect all of these, you need to think more carefully!’

Some may have believed it was a performance after the grim reaper had posed with them for photos.

The Istanbul Governorship said in a statement yesterday: ‘Today, at around 18.30, a person named A.C.T.P., registered to the population of Meram County in Konya, attempted to set himself on fire with a flammable substance he poured on himself near the Galata Tower in our Beyoglu district.

‘With the intervention of citizens in the area, the flames were extinguished and our 112 Emergency Health teams transferred him to hospital.

‘The hospital treatment of the person continues, and an investigation has been initiated regarding the incident.’

Local media said the man suffered second and third-degree burns and remains in hospital in a serious condition.

The police also seized the man’s tablet and belongings looking for clues as to why he set himself on fire. 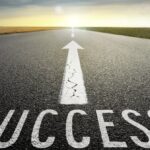 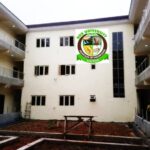