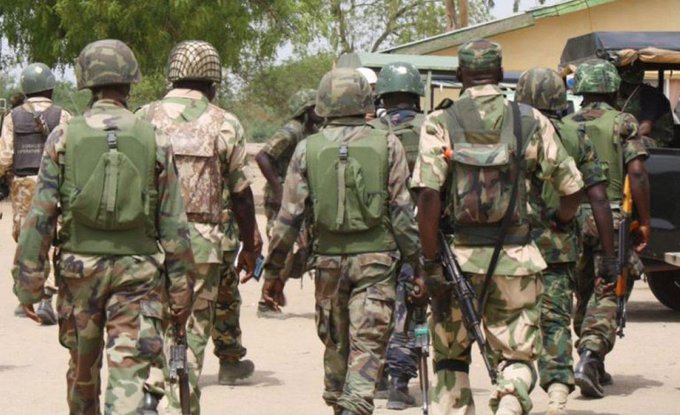 General Agwai stated that retired officers, having been trained at huge cost to the nation to defend its territorial integrity, cannot afford to stay aloof and watch the security situation degenerate.

Admiral Ibrahim, on his part, added that retired officers must deploy their knowledge in arms and combat both individually and collectively in the nation’s interest when called upon to do so.

Both former defence chiefs spoke at the Post-Career Awareness Seminar and Retirement Dinner organised by the 36 Regular Course of the Nigerian Defence Academy (NDA) in Abuja.

Chief of Defence Staff, General Lucky Irabor, and the Chief of Army Staff, Lt. General Faruk Yahaya, had at several meetings with retired senior military officers, urged them to be on stand-by despite retirement as current and emerging security threats had made it inevitable that their services would still be required in certain aspects.

Chief of Army Staff, Lt. Gen Yahaya Faruk had at a “Regimented Dinner “ for the 2021 set of retired officers from its 3 Division, Rukuba, near Jos on Tuesday night, reiterated plans by the army to co-opt retired military personnel into the fight against the insecurity currently facing the country.

And the clamour for recall of retired personnel is not limited to the military. Seven months ago, disturbed with the spate of insecurity in the country, the Pan-Yoruba socio-political organisation, Afenifere, urged President Muhammadu Buhari to recall all necessary retired military personnel to stop the ongoing violence of Boko Haram/Islamic State of West Africa Province (ISWAP) terrorists, bandits, kidnappers, Biafra terrorists and other criminal elements.

Some security experts have also made this call, which is largely premised on the fact that the retired personnel have the requisite training and the number of personnel in service is inadequate to ensure security of lives and property. To the extent that Nigeria is on its knees in the area of security and citizens are in dire need of a solution; anything needed to improve it is welcome. We, therefore, support the move.

In fact, Nigeria would not be the first to recall its personnel. In the run-p to the 1990 Iraqi invasion of Kuwait, the US embarked on the largest call-up of reserve forces since the Korean war, recalling over 35,000 Army Reserve Soldiers, who provided combat and service support.

Already, some retired military personnel are elated at the opportunity to re-engage as reservists and the military is desirous of their reabsorption as they are stretched thin due the scope of its involvement in Internal Security Operations (ISOs) in virtually all states of the federation.

But the recall is not an all-comers affair. Those to be considered include well-trained specialists who retired voluntarily and with wealth of experience in operations and field support engagements. They would be deployed in combat/campaign planning, as instructors, trainers, equipment experts, advisers among others.

Most of them were officers and men who retired at the peak of their careers when they were supposed to give their best to the system. Already, the re-engagement has commenced and some recalled personnel are being deployed as consultants, instructors and researchers.  We urge the authorities in charge to ensure that only those who can add value to the fight are re-engaged.

But the recall is a drop in the ocean compared to the number of armed personnel required to defeat terror and bring semblance of normalcy back to Nigeria. For example, the Nigerian Armed Forces personnel figure stood at about 223000 in 2019, according to the World Bank collection of development indicators. In 2016, the figure was 200,000.00 and there are 371,800 officers serving in the Nigeria Police Force.

Altogether, the personnel of the military and paramilitary forces including Nigeria Police, Directorate of State Security (DSS), Nigeria Immigration Service, National Correctional Service, Nigerian Security and Civil Defence Corps, are not up to one million, a figure too low for a nation of about 216 million that is fighting insecurity in all its six geopolitical zones.

So, beyond recall, the defence and security forces need to embark on massive recruitment of young men and women who are eager to fight as the current numbers are grossly inadequate. Nigeria has many ungoverned spaces that need to be occupied by these forces.

Also, the police must immediately put its house in order and stop the unnecessary bickering between the Inspector General of Police and the Police Service Commission (PSC) and commence the recruitment of 10,000 police personnel per year as pledged by President Buhari, but was stalled due to the face-off. The same should be replicated by other defence and security forces. That is what is required; not just a token recall of a few retired personnel. 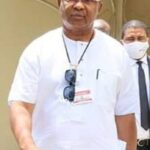 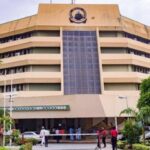