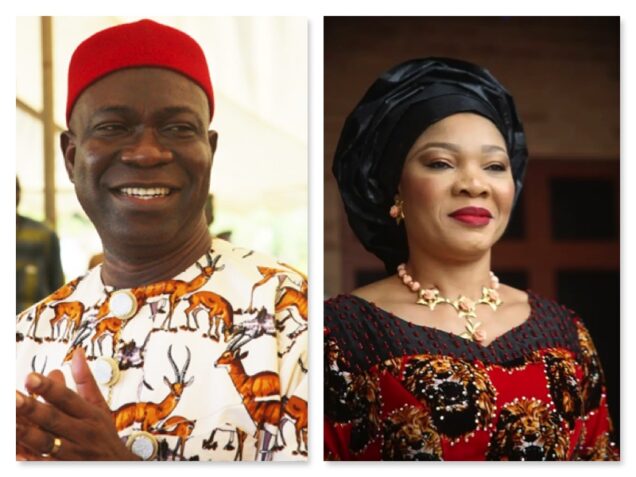 A Nigerian Senator’s wife accused of plotting to traffic a homeless man into the UK to harvest a kidney for her daughter has been granted bail.

Beatrice Nwanneka Ekweremadu, 55, together with her husband Ike Ekweremadu, 60, allegedly trafficked the 21-year-old to London from the streets of Lagos in order to harvest his organ.

They are accused of plotting to traffic him to transplant his organs to their daughter who suffers from kidney failure.

Ike, a barrister and former deputy president of the Nigerian Senate, and Beatrice, an accountant, appeared at the Old Bailey on Friday for a bail hearing.

The husband has been denied bail.

It is alleged Ike Ekweremadu, 60, a district senator and lawyer, (right) and his wife, Beatrice Nwanneka Ekweremadu, 55, (left) brought the 21-year-old man from Nigeria to the UK

She is charged with arranging or facilitating travel of another person with a view to exploitation, between August 1 last year and May 5, under the Modern Slavery Act 2015.

Ike is charged with conspiracy to arrange or facilitate travel of another person with a view to exploitation, namely organ harvesting.

The Common Serjeant of London, judge Richard Marks, said: ‘The position is that I have granted bail to Beatrice subject to some fairly stringent conditions but I have refused bail to Ike.’

Prosecutors are not appealing the decision, the court heard.

Prosecutor Tim Probert-Wood said previously that the case involved ‘exploitation and the harvesting of an organ.’

He said: ‘The case began on 5 May 2022 when the complainant presented himself at Staines Police Station and claimed he had been transported to this country for the purpose of his kidney being removed.

‘He arrived on 20th February 2022 and was taken to Royal Free Hospital where tests were conducted.

‘For the purpose he was there he did not consent to the taking of his kidney.

‘He returned to the house he was staying and his treatment changed dramatically.

‘He described being treated effectively as a slave.’

The victim allegedly escaped the address and was homeless for three days before he turned up at Staines Police Station.

Ike and Beatrice were arrested in the UK on 21 June after flying in to Heathrow from Turkey.

Martin Hicks, QC, defending Ike, has said: ‘We deny that there was any exploitation or any intent to do so.

‘The argument will be factual denial.’

The couple are due to appear at the Old Bailey on 4 August. 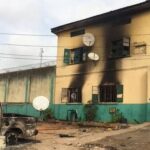 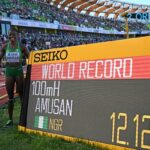 I Was Kidnapped By Local, Foreign Fulani Herdsmen, Not IPOB, Methodist Prelate Insists

WHO warns 10,000 more underfed children could die each month amid pandemic