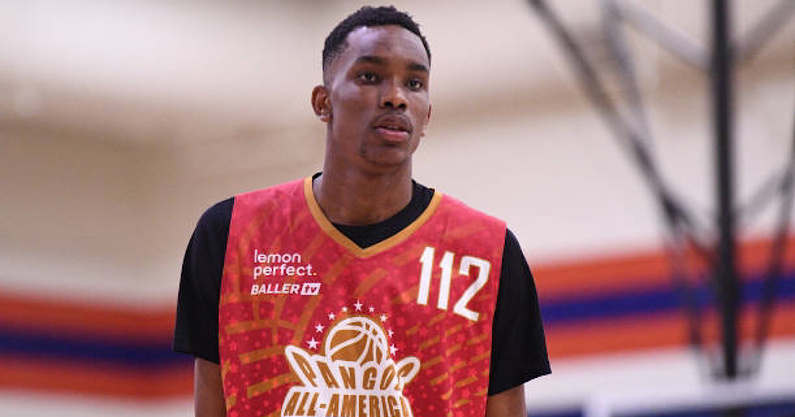 Four-star center and Nigerian-born Ugonna Kingsley Onyenso committed to Kentucky on Monday and will enroll this fall after reclassifying to the Class of 2022.

Kingsley Onyenso, 17, announced his decision from the NBA Academy in Senegal, Africa.

Kingsley Onyenso chose Kentucky over Oklahoma, Oklahoma State and Clemson among his 19 offers.

Kingsley Onyenso played for the Putnam Science Academy in Putnam, Conn., for just one semester after arriving from Nigeria last year.

He averaged 11.4 points and nearly 6.0 blocks per game in helping Putnam win the prep school title in March.

Tom Espinosa, who has coached some terrific players at prep powerhouse Putnam Science Academy said: “Kentucky is getting a good one. He’s a pro. Ugonna is by far the best shot-blocker we’ve ever had here, and we’ve had some damn good ones, you know? This kid, his body looks like Giannis Antetokounmpo — not saying he plays like Giannis, but he’s chiseled like Giannis — and his timing on blocked shots is just unbelievable. He’s a really good athlete, runs the floor really well, got good hands, good touch, can shoot it. I mean, he’s absolutely a pro.”

And Onyenso is really just getting started in basketball. He grew up playing soccer, a giant goalkeeper just like UK star Oscar Tshiebwe, until he was identified in middle school as a potential hoops prospect and sent to NBA Academy Africa in Senegal, where he spent 2 1/2 years developing his skills.

He played last summer on the Adidas grassroots circuit in the U.S., became the youngest player (he turns 18 next month) to compete for the Nigerian men’s national team in a World Cup qualifier last November and returned to America in January as a midseason enrollee at Putnam.

In his first game, against a prep team ranked top-five nationally, Onyenso nearly recorded a triple-double: eight points, 10 rebounds, 10 blocks. He’d eventually post a 24, 11 and 11 triple-double on his way to averaging 11.4 points, 9.0 boards and 5.7 blocks for PSA. The team went 20-0 with him in the lineup and capped an undefeated season with a prep national championship. Onyenso blew up, became a consensus five-star and top-25 overall recruit in the Class of 2023. Espinosa wanted him back for another season to repeat as national champs, but Onyenso wanted to get to Kentucky as quickly as possible.

“It’s always been his dream to play for Kentucky,” the coach says. “I don’t think they had to recruit too hard.”

Oklahoma, Oklahoma State, Kansas and Tennessee were among several schools who attempted to sway him, but in shorter order this summer, Kentucky offered a scholarship, Onyenso visited Lexington and then he announced plans to reclassify and enroll in college this fall.

He won’t join the Wildcats in time for next week’s trip to the Bahamas for four exhibition games, but he will begin regular preseason practice with the team. Now ranked 35th in the Class of 2022 by both Rivals and ESPN and 39th by 247Sports — On3 is an outlier, slotting him 18th in 2022 — Onyenso’s initial plan is to spend this season working out with the team and only play if he is clearly good enough to contribute or there’s a dire need. That, of course, might be a scary scenario for those in the Big Blue Nation still stinging over the program’s last “redshirt” season. But everyone involved believes this is a much different situation than Shaedon Sharpe, the former No. 1 recruit who showed up midseason and practiced but did not play for Kentucky, then bolted for the NBA Draft.

“Ugonna definitely knows he needs to get better, and that’s why he left us,” Espinosa says. “Not that we couldn’t get him better, but Kentucky is just another level than a little prep school in Connecticut. He knows he needs to keep developing, recognizes his weaknesses, and he’s not too big to say that. His ultimate dream is to get to the NBA, but he understands what that will take and I think he’ll be there a couple years until he’s ready. It’s bittersweet for us, a big loss for us, but we understand why he’s doing this. We had Hamidou Diallo do a similar thing, and it was very beneficial for him. It’s a good thing for guys with a high upside and areas for improvement, because he’ll be around the best trainers, strength trainers, nutritionists, coaches, all that.”

Onyenso will undoubtedly benefit from practicing every day against Tshiebwe, the reigning national player of the year, and bruising veteran Lance Ware. Those guys, not to mention former five-star recruit Daimion Collins, will also get better having to find ways to score against Onyenso, who had 10-plus blocks five times and five-plus blocks 11 times in 20 games at PSA. It says something that Espinosa thinks he’s better at protecting the rim than Osunniyi, the two-time Atlantic 10 Defensive Player of the Year who ranked top-10 nationally in blocks three times.

There’s a good chance Onyenso could help Kentucky from Day 1 on the defensive end — and step in to gobble up a few rebounds if Tshiebwe is injured or in foul trouble — but his offensive game still needs work. While he does have a nice shooting touch and the potential to extend his shot all the way out to 3-point range, his ability to score in the post leaves a lot to be desired. In the prep national championship game, Onyenso faced 6-foot-10, 255-pound Northwestern signee Luke Hunger and, frankly, got bullied inside.

“He had a really difficult time getting position. He wasn’t a difference-maker at all around the rim,” Espinosa says. “That’s why this year will be good for him, because he’s just got some things like that he needs to improve. Back-to-the-basket scoring is a big one, so going against their big guys every day will be huge for him in becoming a complete big man. He’s got a pretty shot. When some bigs shoot it, you’re like, ‘Holy sh–, that’s ugly,’ but his is beautiful: nice form, great rotation, soft touch. He has the skills to be really, really special. But banging, getting in position, not getting pushed out by other big, strong guys, figuring out how to score in that situation, that’s where he needs to grow, and he’ll get that at Kentucky.”

One advantage Onyenso has in joining this new team, where so many roles and relationships are already established (even before the Bahamas), is he’s successfully navigated that before. He has the personality to make it work. When he showed up at PSA, the team already had a really good starting center, 7-footer Mouhamadou Cisse, who signed with Saint Louis. That could’ve gone bad in a hurry. Instead, Onyenso and Cisse became best friends, even as the new guy took his buddy’s spot.

“It says a lot about Ugonna to come into that situation and no one blinks an eye, everyone loves him and there’s no bad vibes,” Espinosa says. “He fit in perfectly right away. Ugonna is a special kid, great teammate. He was put in a difficult position and we had zero issues.”

Espinosa has an accountability chart for his team that grades players weekly on their performance in the weight room, practice, dorm behavior, academics and school conduct.

Onyenso was “100, 100, 100 in all categories, every week,” the coach says. “He wore his uniform, was always on time, worked hard, treated people right. He’s going to be successful because he’s focused and determined and there’s just no bulls— that comes with him. So I wouldn’t be shocked at all if he helps Kentucky this season. He’s a talented player whose body is physically ready, and he’ll do everything you ask of him. It wouldn’t surprise me at all. He could definitely crack that lineup and help them.” 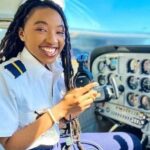 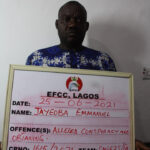 U.S. Air Force watchdog finds no wrongdoing, “violations of law or of the law of war” in deadly Afghan drone strike