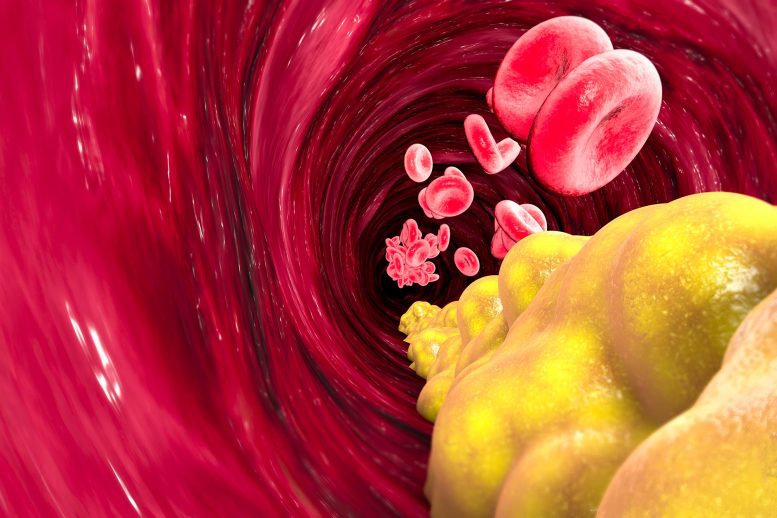 There are several indicators of cardiovascular diseases, of which high cholesterol is one of the top risk factors.

Raised cholesterol levels increase the risks of heart disease and stroke, as per the World Health Organization. Furthermore, a third of ischemic heart disease is attributable to high cholesterol worldwide, says the global health agency.

What makes high cholesterol more concerning is the fact that most often, it doesn’t manifest itself through symptoms or a person’s physical appearance, which is why it is also termed a ‘silent killer.’

Cholesterol is not always bad

As opposed to popular belief, not all cholesterol is bad for your body.

LDL is also known as “bad” cholesterol, while HDL is considered “good”. This is because HDL absorbs cholesterol and carries cholesterol to your liver, where it can be removed from the bloodstream before it forms as plaque in the artery walls.

What does having high cholesterol mean?

Cholesterol is a waxy substance present in your blood. While it has earned itself a bad reputation, it is something that your body needs in order to make healthy cells, says the Mayo Clinic.

However, high levels of cholesterol can lead to fatty deposits in your blood vessels, which as they grow, make it challenging for the blood to flow through your arteries.

At times, these deposits may even break down, leading to a formation of a clot and thereby a heart attack or a stroke.

That said, while there is no sure shot sign to indicate high levels of cholesterol, experts believe there are sensations that can indicate the illness.

Why is high cholesterol concerning?

Apart from the fact that increased cholesterol comes with no visible sign, hence making it hard to detect, it can be quite detrimental for your heart.

Two types of pain to note, when using your arms

It is important that we maintain a balanced level of cholesterol in the body, since it can cause fatty build-ups in the arteries, leading to reduced blood flow to the arms and legs. This condition is also called peripheral artery disease (PAD), which causes acute pain.

Therefore, the Mayo Clinic reveals that pain, while using one’s arm, could be a tell-tale sign of raising cholesterol.

If left untreated, the pain could take the form of aching and cramping when knitting, writing or doing other manual tasks, as per the health body. The entire process of pain beginning from the start of the movement to a resting position is also called claudication.

UK’s National Health Services says that the pain can range from mild to severe, and usually goes away after a few minutes when you rest your legs.”

“Both legs are often affected at the same time, although the pain may be worse in one leg,” it adds.

What is peripheral artery disease (PAD)?

Peripheral artery disease (PAD) is mostly caused by a build-up of fatty, cholesterol-containing deposits, also known as plaques, on artery walls. This fatty build-up is also called atherosclerosis, which reduces the blood flow through the arteries. It is a disease of the arteries in the legs. Common symptoms include numbness in the legs, painful cramps in one or both hips, weak or no pulse in the legs or feet and more.

In certain cases, peripheral artery disease can get worse. According to the Mayo Clinic, pain may occur during rest or when lying down, interrupting sleep at times.

Pain in the arms could mean a lot of things other than high cholesterol.

Arm and shoulder pain are one of the signs of heart attack and angina, which is as concerning as having high cholesterol level.

Other benign but concerning causes of a arm pain include a skeletomuscular injury, strain, sprain, dislocation and more.

Other common signs to note

Apart from painful sensations in the arm, here are some other common signs of PAD:

– Numbness or weakness in the legs

– Hair loss on your legs and feet

– Ulcers (open sores) on your feet and legs, which do not heal

– Changing skin colour on your legs, such as turning pale or blue

It is important that cholesterol screenings are conducted regularly.

According to the National Heart, Lung, and Blood Institute (NHLBI), a person’s first cholesterol screening should occur between the ages of 9 and 11, and then be repeated every five years after that, reports the Mayo Clinic.

High cholesterol can cause other complications

Given that high cholesterol can cause dangerous levels of fat build up in the artery walls, it can block the blood flow through the arteries, giving rise to other health complications such as:

– Heart attack: Heart attack can occur when the plaque build up ruptures, leading to blood clots. This can also lead to chest pain or angina.

– Stroke: A stroke occurs when the blood flow to the brain is blocked due to the heavy fat build up in the artery walls. 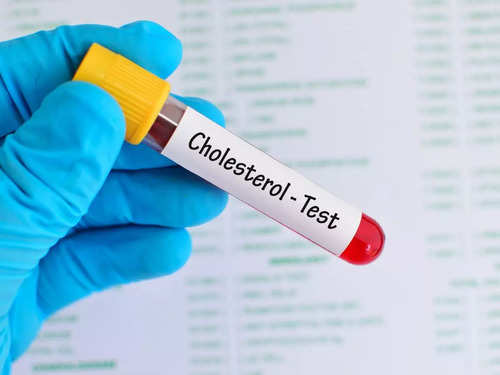 Those of you who want to get yourself tested for raised cholesterol, can get a blood test, also called a lipid panel or lipid profile, which reports the total cholesterol, LDL and HDL cholesterol and Triglycerides – a type of fat in the blood.

According to the Mayo Clinic, generally you’re required to fast, consuming no food or liquids other than water, for nine to 12 hours before the test. However, certain cholesterol tests do not require fasting, so consult your doctor.

​When to see a doctor 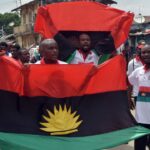 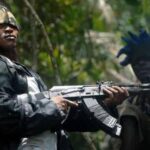 Buhari Meets New APC Chairman, Says He’s Working For “The Betterment Of The Country And Its People”

Experts: ‘Omicron Covid-19 Likely Came From A Lab, Too’