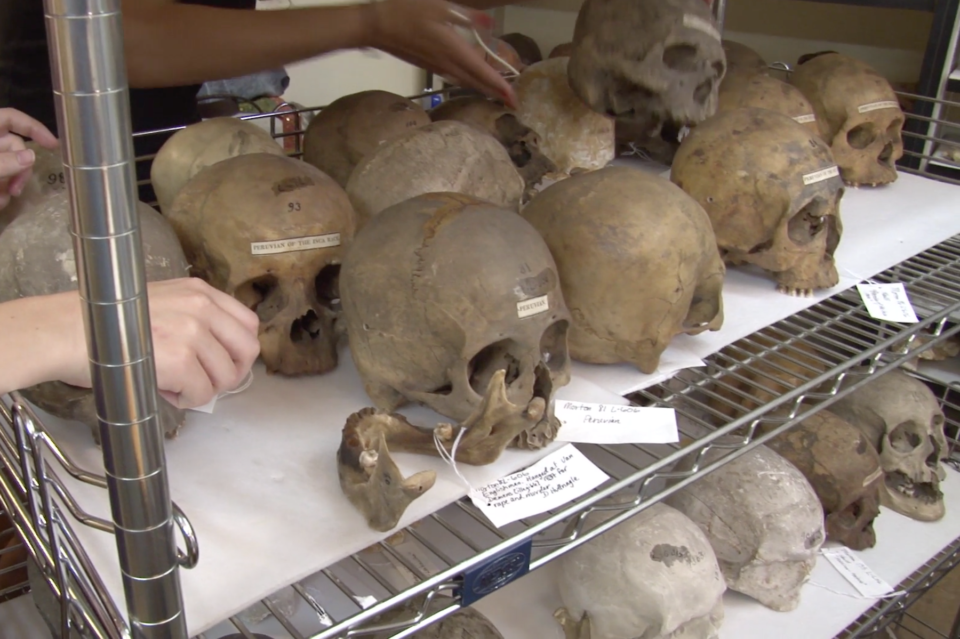 The Penn repatriation effort will be closely watched by other museums and collectors around the world. Photograph: American Philosophical Society

The Ivy League university is petitioning the Philadelphia orphans’ court for permission to rebury the skulls in the city’s historic African American Eden cemetery. Should the ceremony go ahead, it would amount to one of the most significant restorative processes for Black remains in America in the wake of the racial reckoning following the 2020 Black Lives Matter protests.

The repatriation effort will be closely watched by other museums and collectors across the US and around the world. “This is an important moment, it opens the door to much wider conversations about these collections,” said Samuel Redman, author of Bone Rooms, which traces the often dark history of the curation of human remains.

The 13 skulls are currently stored at Penn Museum, the university’s home for archaeological and anthropological artifacts. They form part of a vast collection of skulls, acquired by the museum in 1966, known as the Morton Cranial Collection.

Samuel George Morton, an anatomy professor at Penn medical school, amassed about 900 skulls, some of which came from enslaved people, in the 1830s and 1840s. After his death in 1851, skulls continued to be sent to the collection from all over the US and the world, swelling its inventory possibly to as many as 1,700 skulls which are currently stored in the physical anthropology section of Penn Museum.

Morton used the collection to support polygenesis – the pseudo-scientific theory that races had separate origins and were of variable intelligence. He divided mankind into five races, including Black Africans whom he labelled the “Ethiopian race” and whites or “Caucasians”.

Morton viewed “negros” and “mulattos”, as he referred to Black people, through racist stereotypes. “The negro is joyous, flexible and indolent”, he wrote in his influential 1839 book Crania Americana, adding that the race represented at its extreme “the lowest grade of humanity”.

The professor meticulously catalogued the skulls, numbering them and labelling them according to ethnicity. He set out to prove his belief in racial differences by measuring the internal capacity of the crania, pouring white pepper seed and later iron shot into the cavities.

He then calculated the quantity of material needed to fill each skull and converted it into cubic inches, from which he attained what he presented as the average brain size for each racial group. Caucasians, he concluded, had the largest brains and Ethiopians the smallest.

The findings were weaponized by southern white supremacists as evidence of the intrinsic intellectual, moral and physical inferiority of Black people and used to bolster arguments for retaining slavery.Advertisement

Morton’s research has since been thoroughly debunked. A succession of modern scientists, including the Harvard palaeontologist Stephen Jay Gould in 1978, repeated his studies and found them to be racially prejudicial in conception, fundamentally flawed in scientific method and inaccurate in their results.

In the past few years Penn has come under mounting pressure to address the iniquities of the past reflected in the Morton Collection. In 2017, students at the university launched the Penn & Slavery Project to uncover ties between the university and slavery, leading to calls for return of the collection’s remains of enslaved people.

In July 2020, in the wake of the summer of unrest following the police killing of George Floyd, the Penn Museum removed into storage a number of skulls of enslaved people that originated from a plantation in Cuba and that were still on display in glass cabinets in a classroom. The following year, the museum’s newly appointed director, Christopher Woods, formally apologized for the unethical possession of human remains and initiated a process for return and burial with the help of an advisory group of local community leaders.

“Moving forward with burying the 13 Black Philadelphians is the first step in what we expect will be an ongoing effort towards atonement and repair,” a spokesperson for the museum told the Guardian.

Kathleen Brown, a historian who is the leading academic on the Penn & Slavery Project, welcomed the move. “This is the first I hope of many changes, not just for Penn Museum but for museums all over the world,” she said.

Several of the world’s top museums have large collections of human remains, some inspired by Morton, and face similar mounting pressure to address the ethical conundrums. In the US they include the Smithsonian in Washington, which has tens of thousands of human remains, the Field Museum in Chicago, the Cleveland Museum of Natural History and the Hearst Museum of Anthropology at the University of California, Berkeley.

In Europe, institutions which will be watching the Penn events intensely given their own collections include the Museum of Man in Paris, the National Anthropology Museum in Berlin, and the British Museum and the Natural History Museum in London.

Penn Museum is built on the former grounds of Blockley almshouse, where poor Black and white people, orphans, homeless people and those with physical and mental illnesses were kept in almost prison-like conditions. The bodies of deceased almshouse residents were often trafficked – either for use as anatomy cadavers in the burgeoning medical school or as crania for Morton’s growing collection.Advertisement

Of the 13 Black people whose skulls are set to be reburied, some are likely to have died in the almshouse and several are thought to have been enslaved during their lifetimes. The identity of only one of the individuals is known – number 1319 in Morton’s catalogue, John Vorhees.

Morton described Vorhees as a “Mulatto porter” who died aged 35 in 1846 in the almshouse hospital. Before his death Vorhees is said to have confessed to a murder, which is probably why his name is used in the catalogue as a form of naming and shaming.

An especially macabre element of this history is that Morton, who practiced as a doctor at the almshouse, would have known personally some of the individuals whose skulls he collected.

“Morton and his fellow almshouse physicians knew some of these people as patients before making them into specimens,” said Paul Wolff Mitchell, a researcher at the University of Amsterdam who last year published a report on the Morton Collection that acted as a major catalyst of the repatriation movement.

Mitchell added: “These remains are among the most direct testaments to the violent history of medical and scientific racism in Philadelphia and the United States.”

Should the go-ahead be granted by the orphans’ court, which oversees the remains of those who are unidentified or unclaimed, Penn plans to hold an inter-faith memorial service at the reburial at Eden Cemetery. A marker of remembrance will also be placed on the university campus, and a community-led public forum held.

Some concerns remain among community leaders. Abdul-Aliy Muhammad, a member of the community advisory board set up under the restoration process, has made a formal complaint to the orphans’ court.Advertisement

They told the Guardian that they objected to the university and museum being in control of the restorative process given that they were the ones to have benefited from the historical desecration of the remains of Black and Indigenous people. “The institution where the harm happened cannot be the same institution that stewards the healing process.”

The university told the Guardian that given the complexity of the Morton Collection, with crania having come from all parts of the world and some skulls dating back to ancient Egyptian times, they were treating the skulls in smaller sub-groups not as a single unit. Following reburial of the 13 remains, the university plans to address the return of the 53 crania of enslaved people to Cuba.

“This will take a substantial amount of time as we proceed with utmost care, respect and diligence,” the spokesperson said. “If further research yields new information about the individuals in the collection, we remain committed to taking appropriate steps towards repatriation or burial.”

First published i The Guardian (UK) 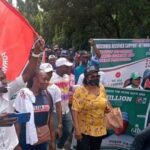 Alarmed Senator Nnamani Warns Supporters, Says “You Cannot Be Member Of PDP And Be Shouting Obidient” 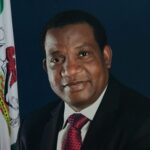