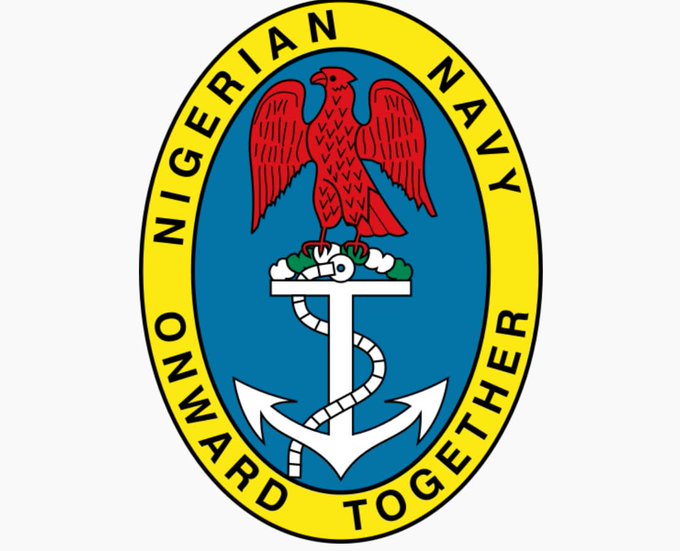 The Nigerian Navy on Wednesday said the false alarm of sea robbery/pirate attack by Merchant Tanker Heroic Idun and subsequent arrest at the Equatorial Guinea waters is a sign of the growing cooperation among the Gulf of Guinea nations.

Director of Naval Information, Commodore Olukayode Ayo-Vaughan said in a statement that “on Sunday 7 August 2022, personnel of the Nigerian Navy on routine patrol had observed and reported the suspicious presence of Motor Tanker (MT) HEROIC IDUN in Akpo Oil Field, Deep Offshore Bonny.

“The Very Large Crude Carrier (VLCC) with IMO Number: 9858058 is a 336 metre long tanker with carrying capacity of 299,995 MT. It is reportedly owned by Hunter Tankers AS, domiciled in Scandinavia, Norway, but operated by Trafigura Maritime Logistics situated in the Netherlands.

“The vessel had arrived the Total Safe Anchorage (SA) operated by Akpo Oil Field for loading operations but was interrogated by the Nigerian Navy and later observed to be without NNPC due clearance for the loading operations.

“Notwithstanding, MT HEROIC IDUN proceeded for the loading operation at the Akpo Single Buoy Mooring (SBM) on 8 August 2022.

“Having not produced her NNPC clearance papers for the loading operation, MT HEROIC IDUN was stopped from proceeding further by Nigerian Navy Ship GONGOLA.

“The Captain of MT HEROIC IDUN then revealed that he was instructed by his ship’s agent, Messrs Inchape Shipping (owners of IDUN Maritime Limited) not to obey any directive from the Nigerian Navy. The VLCC subsequently resisted arrest when ordered to stop by NNS GONGOLA and the supertanker escaped towards the Nigeria – Sao Tome Joint Development Zone Area. In a bid to be mischievous and justify her escape, MT HEROIC IDUN reported her encounter with NNS GONGOLA as a sea robbery/pirate attack on various international maritime security watch platforms.

“This false alarm of sea robbery/pirate attack was also revealed and refuted by the Head of the Regional Centre for Maritime Security for West Africa, Abidjan, Rear Admiral Istifanus Albarra who mentioned that, ‘on 9 August 2022, the Regional Centre (CRESMAO) received a report from the Multinational Maritime Coordination Centre (MMCC) Zone E on an attempted boarding of a Tanker between 10 to 15 Nautical Mile (Nm) of Akpo oil field in Nigeria.

“The Vessel, a Marshall Island registered VLCC HEROIC IDUNIN (IMO 98580581) entered Nigerian waters with the intention to load crude oil from the Akpo offshore oil terminal. Upon the receipt of intelligence that the vessel did not have necessary approval to load crude oil from the terminal, the Nigerian Navy dispatched a vessel to go and investigate. Investigation through radio communication with the vessel, revealed that the Tanker did not have the appropriate documentation for the intended purpose.’

“The Head of CRESMAO confirmed that the Captain of the Tanker refused to cooperate and rather altered course towards Sao-Tome and Principe and later deliberately raised false alarm to the International Maritime Bureau (IMB) that she was under pirate attack. This information was subsequently broadcasted by IMB to the relevant international authorities and stakeholders.

“The Admiral noted that, “arising from the foregoing, it is very important that incidences, especially of piracy reported by vessels needs to be crossed checked with the relevant authorities (particularly the Yaounde Architecture) to authenticate the veracity or otherwise before broadcast. This is in order not to raise false alarms especially at this time when the Gulf of Guinea maritime domain has recorded a drastic reduction in maritime incidences as compared to 2 years ago. IMB therefore is entreated to cancel this alert broadcast, coordinate with the appropriate authorities and put out the right information”.

“As a demonstration of the renewed cooperation and collaboration among the Gulf of Guinea nations, the Nigerian Navy welcomed with much satisfaction, the news of the arrest of MT HEROIC IDUN by the Equatorial-Guinean Navy (EGN) on 12
August 2022 barely 4 days after the supertanker assumed she had evaded arrest by the Nigerian Navy and also made false alarm of a sea robbery/pirate attack that never happened. “Equatorial Guinea stopped the MV HEROIC IDUN on the afternoon of 12 August 2022, offshore the Island of Annobon,” according to Vice President Teodoro Nguema Obiang Mangue. The EGN escorted the vessel to Luba, arriving on 13 August 2022.

“This occurrence reaffirms the renewed regional commitment, collaboration and coordination toward a safe and secured Gulf of Guinea maritime domain that will ensure the development of a sustainable blue economy, as well as the realisation of the goals of the Yaoundé Architecture.

“It is also a strong warning to criminals, their sponsors and connivers that the Nigerian Navy will leave no stone unturned in ensuring the safety and security of Nigeria’s Maritime Environment (NME) as well as the observance of due process and extant regulations by all maritime stakeholders within the NME.” 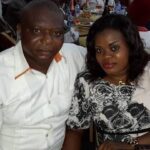 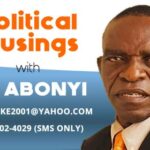