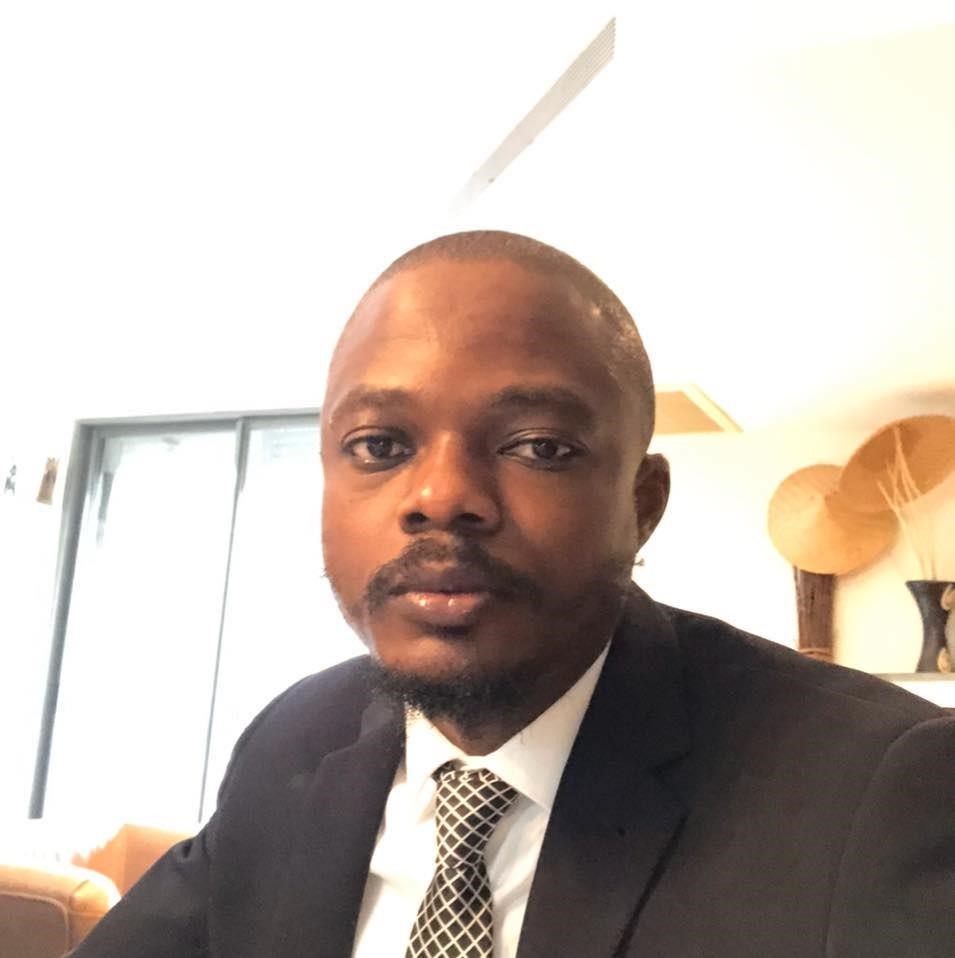 Before listening to the replay of David Hundeyin’s interview some time ago, I was developing my thoughts on the disturbing menace of cyberbullies in Nigeria. Cyberbullying is a social vice we must beware of, especially as the general election that will produce the next president of Nigeria, Africa’s largest economy, draws nearer.

An untamed tongue, like the tiniest spark, can light a great fire. A longstanding commenter on the politics of Nigeria, Ike Abonyi, in a recent article, called these irritants “2023 attack dogs on the loose.” He cannot be more correct.

The whole of one week was agog with Mr Reno Omokri bewailing his molestation on the Internet, including an alleged threat to harm his child. People going athreatening is a joke taken too far. I must note, however, that Mr Omokri himself is not absolved, having been on the aggressive end of cyberbullying for a long time.

Many of us still wallow in disgust of his ungracious scurrility against former minister Oby Ezekwesili when he referred to the accomplished woman irreverently in a tweet. His tendency to be captious about every little thing defines his personality on Twitter. We must understand that not every Nigerian has the privilege of quality education. Maybe it will be sufficient to also ring a reminder that the world of social media is cocooned in colloquial rhetoric and informal expressions, thus making the gesture of correction often unnecessary.

One only needs to be genuinely widely travelled to appreciate that English is not a measure of intelligence. In Europe, 70 per cent of the population does not perfect English. This is more so when they use it informally. It is only in Nigeria you see people bask in correcting others’ use of English as if they have won a jackpot. The mentality of some Nigerians on this is sickening.

Yet, I have seen cases where people react to a bad use of English in a rather stylish manner, leveraging satirical expressions with some doses of humour to make corrections. It takes literary skills and native intelligence to articulate such instruments of communication to pass a message in a perfectly innocuous manner. I have seen it done by great writers like Sam Omatseye, Innocent Nwobodo, Dr Njakiri, Pius Adesanmi of blessed memory, and the inimitable Wole Soyinka, who confirms my position with the following statement, “Education is lacking in all who pontificate.” Being overzealous in cherry-picking errors in people’s expressions is not only childish and unintellectual, but it also adequately portends a trend of cyberbullying which this article condemns.

Orji Uzor Kalu, in his recent benign reaction to the reckless behaviours of Nigerian youths on social media, made a loud statement when he referenced his early success in life. Whether you choose to see it as superstition or faulty logic, nobody can discount the fact that developing a good character is an essential journey to success. As the saying goes, he who respects the great paves way for his greatness. Kalu admonished youths to stop abusing their elders and focus on learning. Our social media behaviour has proven, more than anything else, that it has become a matter of exigency for us to go back and espouse our lost values as a society. Growing up as a child, an average Nigerian is home-trained to be cultured and courteous in communication. In Yoruba culture, which is one of the three most populous ethnic groups in Nigeria, respect for elders is vital. It is emphatic in all our cultural vestiges including folklores, adages, and arts. Regardless of which part of the world you are in, respect is a phenomenon we take pride in as Yoruba people. The same thing goes for the Hausa/Fulani culture, where respect remains sacrosanct. Even when you must disagree, you do it respectfully. It is a craft we all learn from home.

Even as I write this piece and know that I will make unceremonious references to certain people in buttressing my point, I still cringe in respect and, as such, have to choose my words carefully. Brevity, they say, is the soul of wit.

It is disturbing to see how the younger generation is degenerating on Twitter, spitting all manner of abuse on some elder statesmen and exhibiting uncouth behaviours. How did we get here? Nigeria is a culture of respect and dignity, and it has projected that image for so long in history. Even in the face of political imperialism, Nigeria notably eschewed the path of violence in her struggle for independence. While other African countries resorted to acrimonious and armed movements, Nigerian nationalists embraced diplomacy.

How has a country which used to be the citadel of culture and respect given up decency to the internet? How did we get to this level of moral decadence?

In the early days of electioneering, politicians used thugs to snatch ballot boxes. Today, politicians appear to be brewing internet nuisance all to bully the opposition. Perhaps this is one aspect of technology determinism that we must begin to watch as we further accelerate into the digital world.

Our problem of lost cultural values transcends our deviant and unruly internet behaviours. I recall, in certain parts of Europe, when a young fellow made a peremptory remark that I had brought the Nigerian mentality to Europe for insisting that certain things be done out of respect. Besides the fallacies and hollowness besetting such a mindset, this individual had neither lived nor travelled outside the said country, which is perhaps the least developed part of Europe. But his overweening ambition to dissociate with Nigerian ethics has given him a false sense of accomplishment.

When you engage a European youth on the tenets of cultural relativism and you go further to engage an African on the same subject, you will understand some of the problems that have contributed to a retrogressed African culture and society.

Just as we have in every society, there are two categories of Nigerians abroad, the opinion leaders and those who simply follow the bandwagon. I am therefore not surprised that some of the diasporans are captives of the cyberbullying tendency, hiding behind computer screens and throwing caution to the wind to tweet abuses and all manner of unprintables.

Inferiority complex and low self-esteem have made most Africans abroad believe that everything about our culture should be jettisoned to fully embrace the western culture. We have thrown away our culture of respect and duty for caution in our gleeful embrace of democratic freedom. Would anyone blame such people? Quite frankly, western culture has given us more: science, philosophy, and technology. The preponderance of western contributions to human civilization and the resulting euphoria systematically suppressed African modest contributions to civilization.

I remember, years ago, teaching my American roommate how to use a bidet after we ran out of tissue paper and had no supply until the following week. An average African mindset would believe that is primitive. The impulse to throw away our values is staggering.  We long lost the sense of pride in our values and that, unfortunately, has segued into losing our sense of patriotism. We have been unconsciously socialized to believe everything Western is good and anything African is not good enough. It is the same mentality that will make a government prefer a foreign brand to home-grown ones even against the economic imperative of boosting local production.

Verbal bullying which is now a superset of cyberbullying is a relic of western culture. As intellectuals, we have the responsibility to speak against cyberbullying as a social vice digging deep into our self-consciousness and redefining our civilization. Social media has emboldened Nigerians to be rude, ruthless, and vulgar. The citizens are willfully using it as a medium to vent their anger and frustration against the government of the day. Are we surprised that such a menace is rearing its ugly head in a country where university students have been home for over five months now? The present government has recorded its gains in some sectors, most notably physical infrastructures, and social services. It has also struggled in some sectors, many of which are understandably so due to precarious situations. The failure to address the needs of the Academic Staff Union of Universities and give the education sector a facelift is highly reprehensible and disappointing.

The people who should be in classrooms receiving proper education are now on Twitter launching broadsides. Proper education would have helped them understand that they can be assertive and express themselves with candour without resorting to vulgar language. Violent behaviour is the tool of the coward. Mr Femi Falana is likely one of the most critical of the present administration but has never resorted to foul language. It is high time we began to learn, unlearn, and relearn, in restoring our values as a people.

Ogundare (dotun.ogundare@gmail.com), a former teaching assistant at the Corvinus University of Budapest and currently a research fellow at the University of Novi Sad, is a self-styled Digital Nomad with research interests in aspects of social sciences that dwell on developing new knowledge on the synthesis between technology and human behaviour. He has consulted both in the private and public sectors in Europe and Nigeria. 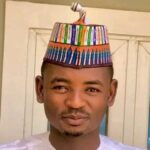 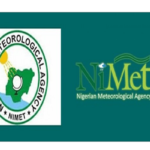