A U.S. Missouri school district has reinstated corporal punishment after parents reportedly called for their kids to be spanked with a wooden paddle, the Superintendent claimed.

Cassville R-IV School District, located near the Arkansas border, has implemented corporal punishment as a ‘last resort’ going into the 2022-23 school year.

‘It shall be used only when all other alternative means of discipline have failed,’ the policy reads. ‘It should never be inflicted in the presence of other students.’

The punishment technique – which is legal in 19 states – will only be administered in front of a witness and will not cause ‘bodily injury or harm.’

Superintendent Merlyn Johnson, 47, claimed parents were asking the school district ‘why can’t you paddle my student?’ and they had received several requests to reinstate the decades-old policy.

‘There had been a conversation with parents and there had been requests from parents for us to look into it,’ he told the Springfield News-Leader. ‘We’ve had people actually thank us for it.

Older students whose parents opt-in could receive up to three spanks per punishment, while younger scholars will receive one to two spanks. Staff members will be able to employ ‘reasonable physical force,’ but it does not explicitly explain how it will be measured and whether or not all staff members will be allowed to hit students.

‘Surprisingly, those on social media would probably be appalled to hear us say these things, but the majority of people that I’ve run into have been supportive,’ he claimed.

In an August 2022 letter to parents, Johnson explained that the policy change was simply to give ‘principals one more disciplinary option before students receive more serious punishment. such as suspensions.’

The new policy, which went into effect in June, will allow teachers to use the punishment as a last resort and students can receive up to three spanks with a wooden paddle

Parents must review and sign an opt-in form if they ‘wish to authorize corporal punishment’ for their child.

DailyMail.com has reached out to board members, the superintendent, and other staff members for comment.

Some parents are unhappy with the decision, stating they would prefer in-school or out-of-school suspension rather than physical punishment.

‘We live in a really small community where people were raised a certain way and they’re kind of blanketed in that fact that they grew up having discipline and swats,’ parent Miranda Waltrip told Ozarks First.

‘And so, for them, it’s like going back to the good old days but it’s not because it’s going to do more harm than good at the end of the day.’

Kimberly Richardson agreed, stating: ‘In-school suspension that would be fine with me, or even out of school suspensions. Those are just way better than corporal punishment.’

However, Dylan Burns said he doesn’t see a problem with the new policy, saying: ‘No matter what you choose, I think you need to sit down with your kids and choose what’s best for you and your family.’

‘It’s a last resort before expulsion. So, it is serious by the time we use corporal punishment.’

It was used 90 times in the 2018-19 school year, according to the school district, and most of the incident occurred at the high school level.

Students were spanked 32 times at Fruitdale High School and 30 times at the Millry High School, according to NBC 15.

Corporal punishment is legal in 19 states, including Missouri. The Department of Education’s Office of Civil Rights, which tracks corporal punishment in schools, said more than 69,000 children had been struck nationwide, as of 2018. Missouri students were hit around 2,500 times during the 2017-18 school year

It was only used seven times at Chatom Elementary and three times at McIntosh Elementary.

The first State to completely ban physically hitting students in public schools was New Jersey in 1867.

Over 100 years later, it would land in the Supreme Court in 1977 during Ingraham v. Wright, where the Court determined it was constitutional and left it up to the states to decide how to proceed.

The Department of Education’s Office of Civil Rights, which tracks corporal punishment in schools, said more than 69,000 children had been struck nationwide.

Missouri comes in around 2,500 instances.

Despite nearly half of US keeping it legal, the UN and groups like the American Academy of Pediatrics and the American Psychological Association view it was a violation of human rights.

The UN’s Convention on the Rights of the Child has called for the practice to be banned worldwide. 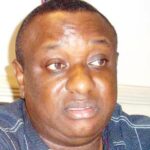 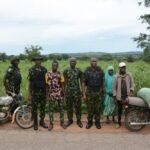 Why South Africa Provides Fertile Ground For Funders Of Terrorism