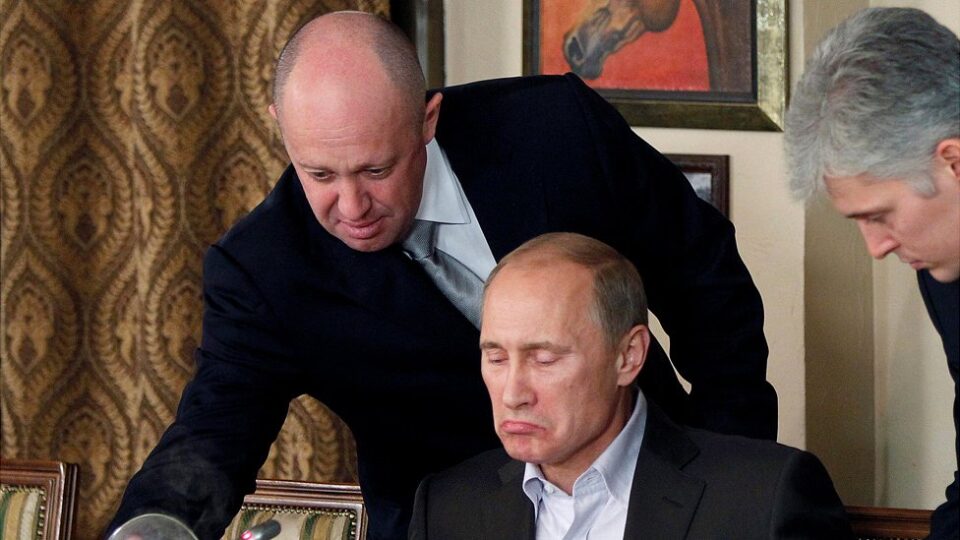 In the Bavarian town of Rain am Lech, a statue in the market square serves as a reminder of more tumultuous times. It depicts Johann Tserclaes, the count of Tilly, who helped lead the armies of the German Emperor Ferdinand II against Protestant challengers during the first decade of the Thirty Years’ War. Considered a hero by imperial loyalists, Tilly was despised by adversaries for the horrific war crimes his mercenary troops inflicted during the Sack of Magdeburg in 1631. Avoiding these inconvenient details, the monument in Rain commemorates his nearby death in battle in 1632, after defeat at the hands of Swedish Protestants.

The armies that Tilly helped lead were largely made up of mercenary troops called the Landsknechts or condottieri. Their pivotal role in imperial armies struggling to survive finds echoes today in private military contractors such as Russia’s Wagner Group, in that their fates are intertwined with those of the regimes they serve, but whose established command hierarchies they also disrupt.

No doubt, historical comparisons with contemporary events are a risky business. Each conflict has its own unique social context that cannot be easily transferred to dynamics shaping wars in other eras. Awareness of the specificities of each battlespace is crucial to ensuring that attempts to examine shared patterns do not lead to absurd analogies that ignore the vast differences between, for example, the pike and shot warfare of the 17th century and the drone-guided artillery battles taking place in Ukraine today. Yet with all these caveats in mind, there are two historical patterns that can provide insights into how the role that private military contractors, or PMCs, play within the Russian political system might evolve over time.

The first is the extent to which mercenaries are usually intertwined with the ruling elites of a political system. As Candace Rondeaux, Jack Margolin and Sergey Sukhankin have pointed out, the origins of the Wagner Group are much more deeply rooted than was understood by many observers several years ago, who were surprised by the expanding role of PMCs in Russia’s 2014 invasion of the Donbas region in Ukraine or in Syria’s civil war after 2015.

Despite their popular reputation as lawless freebooters, more often than not, mercenaries are deeply invested in the survival of a societal status quo that provides them with a reliable revenue stream.

After the collapse of the Soviet Union in 1991 and the near-collapse of Russia’s post-Soviet military and security services in the 1990s, many special operations personnel left badly paid positions in state service for more lucrative work with oligarch-run businesses or corporations such as Rosneft and Gazprom. Over time, a revolving door between special forces units in the military, intelligence services and various private security entities became an established part of the institutional landscape, as Vladimir Putin rose to power.

The Russian state’s growing dependence on mercenaries after 2013 in operations in Ukraine, Syria, Libya and the Central African Republic—through which Putin sought to project influence without using formal military units, so as to preserve a façade of deniability—was not a sudden act of improvisation. It was built on a gradually evolving relationship that Russia’s military and intelligence services had developed with various key figures involved in the security business. The central role of Yevgeny Prigozhin, an oligarch whose revenues are dependent on contracts with Russia’s Ministry of Defense, or Dmitry Utkin, a former military intelligence officer whose sympathies with neo-Nazi groups have enabled the recruitment of far-right extremists into Russian PMCs, illustrates how blurry the boundaries between state institutions and military entrepreneurs have become under Putin.

Close links between a given state’s ruling elite and the mercenary networks it comes to rely on due to the weakness of its formal military is not unique to Putin-era Russia. Successful military entrepreneurs in the Thirty Years’ War such as Tilly were originally low-ranking members of the nobility who seized an opportunity to rise to the top. As with Prigozhin or Utkin almost 400 years later, the great mercenary captains of the 17th century remained loyal to the established social order into which they had been born, even as they used their military power to extract immense profits from it.

Despite their popular reputation as lawless freebooters, more often than not, mercenaries are deeply invested in the survival of a societal status quo that provides them with a reliable revenue stream. However much resentment against a failing ruler might have built up among Early Modern Landsknechte, or is building up now among Late Putinist Russian PMCs, at most they aim to replace those at the top of an established state system, rather than seeking to transform it.

Yet a second set of recurring historical patterns indicates that overreliance on mercenaries can still cause severe disruption to the power hierarchy within a state, even when military entrepreneurs are deeply committed to the defense of the social order that underpins it. The more a state struggles to find recruits and adequate equipment for its formal security institutions, the more it depends on mercenaries to secure its interests, which then inflates the influence of military entrepreneurs within a ruling elite at the expense of established officers and officials. Frequently, such dynamics can also mark a shift of influence from one part of the regular military to another, as networks of officers with close links to private military contractors find their rise to the top of the system intertwined with the willingness of mercenaries to provide support on the battlefield.

Such shifts in the balance of power within a military’s ruling elite has often led to instability and even violence between rival factions. That should give Russia’s current leadership food for thought. In Syria and Libya, the number of mercenaries linked with Wagner and other PMCs that were deployed on behalf of the Russian state remained limited. But since Russia’s invasion of Ukraine in February 2022, mounting losses have made Moscow increasingly reliant on thousands of mercenaries provided by the Wagner Group in efforts to sustain combat operations.

In addition, becoming too dependent on a mercenary leader with his own semi-autonomous revenue stream can lead to a loss of control over events on the ground. Ferdinand II discovered this the hard way after promoting Albrecht von Wallenstein—one of Tilly’s bitter rivals—in 1623. At the height of his power, Wallenstein exerted more direct control over the military structures defending the Empire than his emperor did. Three centuries later, French government officials made the same mistake in the 1970s, when they hired mercenaries such as Bob Denard to organize their interventions in Africa. Denard pursued his own ambitions in the Comoros Islands and elsewhere so relentlessly that he eventually caused more trouble than it was worth for his backers in Paris.

Again, differences in historical context need to be kept in mind. But these past examples, in which lower-ranking members of a ruling elite have seized opportunities on battlefields to displace more established players within state leaderships, indicate how disruptive PMCs like Wagner could become if their power continues to expand in today’s Russia. A wider network that links serving officers in the GRU and VDV—Russia’s military intelligence service and elite airborne units, respectively—with mercenaries employed by Wagner could end up concentrating enough power within the Russian state system to be able to throw its weight around against rival factions in other security services and military institutions.

For all the disruption mercenaries can cause, however, cases such as the rise of Francesco Sforza from condottiere to ruler of Milan in 15th-century Italy are relatively rare. More often, state leaderships have either bought off or eliminated military entrepreneurs whose ambitions threaten to destabilize a ruling elite. Wallenstein’s bid for greatness ended with his assassination by agents of Ferdinand II in 1634, while Denard was hauled out of the Comoros and tossed into a Paris jail in 1995 by the same French intelligence services that had funded him for so long. Nevertheless, such efforts to bring unruly mercenaries to heel always involve substantial costs for a state system, either in terms of the violence needed to crush a powerful threat or the vast sums of money used to pay armed actors to go away.

In the more likely scenario in which the Russian state eventually reins in Wagner, the effort to bring powerful military entrepreneurs to heel will be a daunting challenge for Russian state institutions that already face enormous economic and political problems. A failure in Ukraine could even seriously discredit Russia’s military and weaken the ability of Putin or his successors to contain the mercenaries they have paid and equipped—and if that happens, today’s partial privatization of military operations could end up as one of several factors that unravels the cohesion of the Russian state itself.

Whichever scenario they face, the likelihood is high that Wagner mercenaries dreaming of statues raised in honor of their own exploits will in reality either face assassins sent by their own ruler, as Wallenstein did, or end up like Tilly, isolated on some battlefield, far from home, as their enemies close in.

Alexander Clarkson is a lecturer in European studies at King’s College London. His research explores the impact that transnational diaspora communities have had on the politics of Germany and Europe after 1945 as well as how the militarization of the European Union’s border system has affected its relationships with neighboring states 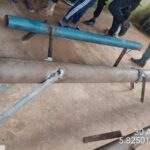 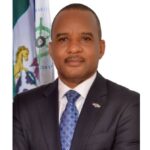 8 hours after, Davido rakes in N134 million and counting, after asking friends to gift him N1 million each

A Leadership shakeup in Mozambique signals new approach to Security