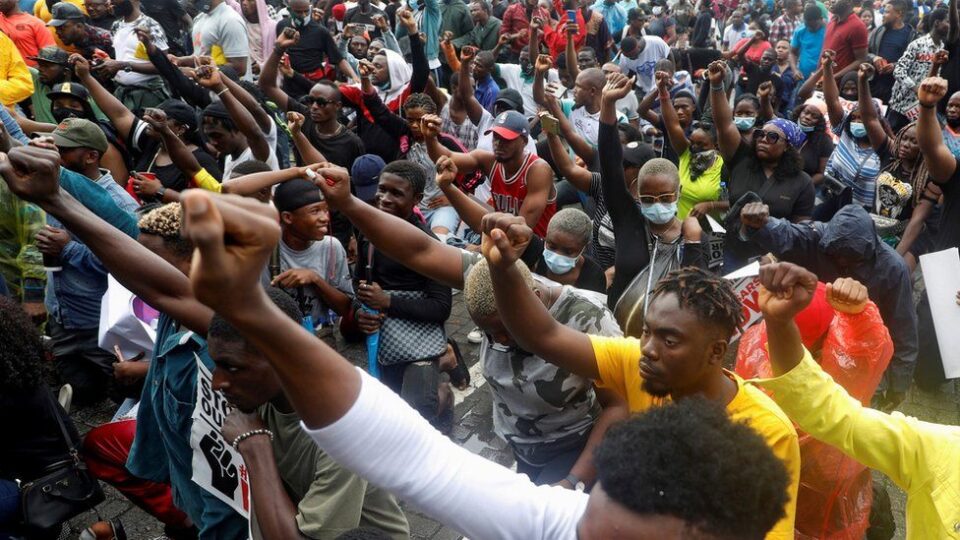 The presidency of Nigeria is so highly coveted that even expired players want to grab it “by fire, by force”, as the Pentecostals would say.

The presidential wannabes are all over the place with their foot soldiers, intent on commandeering all attention.

The ethnic card has been furiously highlighted in the “my turn” game, and one cannot but admit that in a tribal country there must be tribalism.

When the calamitous matter of single faith domination is thrown into the fire of ethnic monomania in a land that prides itself on diversity there is bound to be trouble in overdrive.

The goings-on in Nigeria today along the ethno-religious divide call to mind the unbearable racial turmoil in the United States that made James Baldwin to write the immortal essay The Fire Next Time.

Nigerians have never had it so bad economically, educationally, politically, etc., and all pointers are in one direction: The Fire This Time.

Most Nigerians are dying of hunger and the politicians are apparently only interested in hiring hirelings to manufacture Fake News to further their nefarious ways.

It is incumbent on Nigerians across board to do something fast before a boiling cauldron overwhelms all of us.

The clear and present danger is that one oppressed Nigerian can copy the Tunisian who set himself on fire and thus changed the history of the world.

The Tunisian, Mohammed Bouazizi, was unable to find work and had to make ends meet by selling fruits at a roadside stand.

On December 17, 2010 a municipal inspector confiscated his wares, and one hour later, the anguished Tunisian doused himself with petrol and set himself on fire.

His death on January 4, 2011 brought together various groups dissatisfied with the existing system in Tunisia: the unemployed, political and human rights activists, trade unionists, students, professors, lawyers, and many others.

Thus began the Tunisian uprising that led to the sacking of President Zine El Abidine Ben Ali on January 14, 2011, ending his 23 years in power.

Barely 10 days after the sacking of President Ben Ali in Tunisia, protests began in Egypt on January 25, 2011 and ran for 18 days.

Beginning around midnight on 28 January, the Egyptian government attempted to eliminate the nation’s Internet access, in order to inhibit the protesters’ ability to organize through social media. It was all in vain for on February 11, 2011, President Hosni Mubarak of Egypt was forced to flee from power, after being in office for about 30 years.

Then the fire spread to Libya, the land of Muammar Gaddafi, where the protests lasted till October 20, 2011 when the erstwhile strongman met with gruesome death.

The uprisings that swept through the Arab world were given the name: The Arab Spring.

Nigeria had a spectre of the Arab Spring when the then President Goodluck Jonathan removed the fuel subsidy on January 1, 2012.

This was done without the consent of the legislature, and there was not even enough dialogue with labour unions and civil society organizations.

The very unpopular New Year “gift” sparked off spontaneous anti-government demonstrations in many Nigerian cities the very next day, that is, on January 2.

Nigerian towns such as Lagos, Kaduna, Kano, Ibadan, Awka, Ilorin, Kebbi, Gusau etc. were literally on fire as many protesters marched on the streets with placards, and made bonfires.

The name that was given to the crusade was “Occupy Nigeria”, and it had a melting pot at the Gani Fawehinmi Square in Ojota, Lagos.

For a week, from sunup to sundown, the many classes of Nigerians converged at the square, and the number of protesters increased steadily.

The “Occupy Nigeria” protests put panic inside the pants of the government such that Jonathan then announced that the government had reached an agreement with the labour unions to put petrol price at 97 Naira from the high of 141 Naira.

Let’s not talk of the fuel price of today or the dollar-to-naira exchange rate lest we be charged with going too far forward in sabotaging the next level acrobatics of the change regime.

Getting back on track, in 2017 there was the pan-Nigerian social movement against police brutality codenamed EndSARS which nearly brought the government of President Muhammadu Buhari on its knees.

The protests occurred in all major Nigerian cities but an expired Nigerian journalist serving as a kept man for one of the presidential wannabes only recently brazenly wrote that it was IPOB that undertook EndSARS to destroy Lagos!

And in the warped mind of the diseased charlatan, IPOB stands for all the Igbo people of Nigeria!

It’s the height of shamelessness for the pathetic fellow suffering from senile infantilism to hide behind ethnic jingoism in the crude bid to goad the Yoruba and the Igbo to undergo a fight-to-finish like the Hutus and Tutsis did in Rwanda.

This waka-pass character shall remain nameless because he is worse than worthless.

No oriki for him!

Now, let’s get serious, for as Tunisia’s Mohammed Bouazizi had shown, one small misstep can lead to national cataclysmic tragedy.

The fire this time in Nigeria must perforce be squelched. 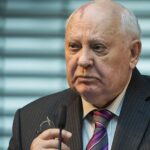 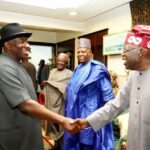