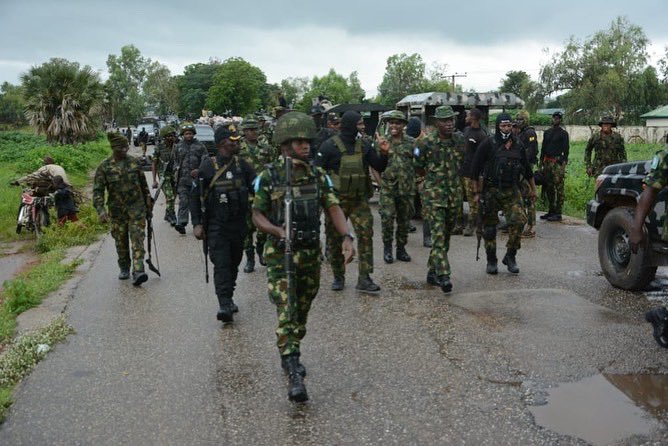 International Society for Civil Liberties and Rule of Law (Intersociety), Nigeria’s leading research and investigative rights, democracy, rule of law and public security and safety advocacy organization since July 2008, has read and analyzed the Nigerian Army’s statement of Saturday, 3rd Sept 2022, signed by Brig Gen Onyema Nwachukwu. Not only that nothing meaningful was said in the Army’s statement but critical issues raised by Intersociety were deliberately dodged and left unaddressed. The Nigerian Army was responding to our detailed statement of Friday, 2nd Sept 2022, titled: Secret Killings And House Burnings By Security Forces And Allied Militias Intensified In Imo, Anambra And Benue In Past July And August 2022 Resulting In Hundreds Of Deaths And Burnings…Army, Police continued to shield jihadist Fulani Herdsmen and turned their weapons against defenseless civilians as “terrorists.”

The Nigerian Army had in its statement stammered and deliberately dodged critical issues raised in our statement. For instance, Intersociety had debunked the Army’s false claims of “killing two ESN/IPOB terrorists specialized in detonating improvised explosive devices around Eke-ututu in Orsu-ihiteukwa part of Imo State on 30th August 2022”. We had investigated and found that the slain were defenseless block molders shot and killed at their block molding industry arena while the third person was an elderly man of over 70 Years dragged out from his abode, shot at his two legs and left to bleed to death who later bled to death. Intersociety also gave their names as Citizens Ugochukwu Obianali and Chinonso and Senior Citizen Nicholas Onwughala.

Soldiers of the Nigerian Army also riotously invaded a Community Health Center in neighboring Amalulu at late night of 30th August 2022 and abducted scores of the Health Center’s staffs and patients on admission, claiming that “they got an intelligence report that a suspected IPOB member’s wife was admitted at the Health Center as she was about to put to bed”. In the Army statement, two issues above were silenced. Silenced too was the flooding of key Army formations in the South-East with senior officers and combatants of Northern Muslim extraction including the GOC, 82 Division, Enugu, the Brigade Commanders of 14 Brigade, Ohafia and 34 Brigade, Obinze and the Cantonment Commandant of the Onitsha 302 Artillery; all Northern Muslims. These are just to highlight but a few.

Professionalism, Neutrality, Secularism and Pluralism Left The Military Since June 2015

For instance, the Nigerian Military was pluralistically, secularly, neutrally and professionally composed indigenously between 1957 and 1966, after which it was marred by ethnicity and tribalism leading to the country’s bloody Civil War of 1967-70. After the Civil War, the Nigerian Military became semi-professionalized leading to its handing over to civilians in 1979. The Military retained its secularity, national identity and semi-professionalism after June 1998 leading to handing over to civilians on 29th May 1999 and same was the case till June 2015.

However, things got changed and deteriorated to present from July 2015 when radical religiosity hit the Military and infested its composition, ranking and postings like a virus and disappeared its traditional professionalism, neutrality, secularism and pluralism. This was to the extent that in 2019, the Military became manifestly partisan in the country’s General Elections especially the Presidential segment and made negative headlines in western capitals. Earlier in Jan 2017, the Military jets bombed and killed 236 Christian IDPs in Kale-Balge Local Government of Borno State. Eleven months later in Dec 2017, the Military conducted air raids simultaneously with Jihadist Fulani herdsmen who mounted ground attacks in Numan, Adamawa State and the two simultaneous attacks, according to international rights reports and local witnesses, killed no fewer than 80 rural Christians.

Military helicopters have severally been spotted by local eyewitnesses bombing or dropping weapons for Jihadist Fulani Herdsmen in Southern Kaduna, Niger, Plateau, etc. Since July 2015, Jihadist Fulani Herdsmen have unofficially been presidentially pronounced “untouchables” and roundly protected by the Military till date. There have never been meaningful moves by the Military personnel deployed in Eastern Nigeria to flush out the occupying Jihadist Fulani Herdsmen in the South-East Triangular of Isuochi, Okigwe, Umulolo and environs where several dozens of defenseless citizens have been killed and hundreds abducted and scores disappeared without traces till date since the beginning of 2021.

Intersociety as globally recognized researcher and investigator is in possession of statistics of what befell national militaries of different countries that compromised their neutrality, professionalism and secularity especially in their heterogeneously or pluralistically composed societies. Most of them ended up being ethnic militias or extremist religious armed entities. Therefore in the case of the present Nigerian Military particularly the Army, time is running out for its rescue and rebranding. To this end, there must be immediate convocation of eminently retired Generals and other retired senior military officers especially those that served or held sway between 1979 and 1983 and June 1999-June 2015. To be included in the list are retired Generals and others that participated in returning the country to civil rule in 1978/1979 and 1998/1999.

Excluded from the list are retired Generals (and their equivalents in the Navy and the Air Force) and others who held sway from July 2015 to August 2022 and those that will retire from Sept 2022 and above. The latter are excluded because they have trailer-loads of conduct atrocity baggage and been corruptly, religiously and tribally radicalized. The former are hereby called upon to rescue the Nigerian Military especially the Army. This is as a matter of uttermost immediacy and national cohesive importance and must be done bearing in mind the multicultural and multi-religious composition of the country enshrined in the country’s Constitution and its Treaty Laws. The rescue must include returning the Nigerian Military to professionalism, neutrality, secularism and pluralism.

Constantly labeling Intersociety and its priceless advocacy activities in the East as “IPOB sponsored or defense of ESN” is a clear indication of professionalism gone to abyss from the Nigerian Army. It is also a height of quackery and alarmist soldiering. Same statements used by Army and the Military in attacking the likes of Amnesty International and others in the North are same being used in attacking Intersociety in the East. The only difference is addition of “Boko Haram” from the side of Amnesty International and “ESN/IPOB” from the side of Intersociety. In other words, it is “Amnesty International is being sponsored by Boko Haram” in the North as against “Intersociety is being sponsored by IPOB/ESN” in the East. It is also sad that corruption has eaten deep into the fabrics and consciences of the Nigerian state actors including Nigerian Army, to the extent that to them “everybody or every group in Nigeria is capable of being bribed and their activities quantified in graft materialism terms”. Intersociety therefore makes bold to say again that its advocacy activities are beyond what filthy money or materialism can buy or influence in Nigeria or any part thereof.

We are not unaware of the havoc wrecked on Nigerian Civil Society Rights Community since July 2015. Apart from the Nigerian Government secretly masterminding the registration of over 360 Government affiliated NGOs including funding several of them to defend and launder the image of the Nigerian Army and its culpable senior officers; several leading local and international rights groups have been infiltrated and compromised. This is to the extent that some now get state clearance before authorship and issuance of their reports or statements. It has also been independently found that some card-carrying members of national and sub-national ruling parties have emerged as their spokespersons; in addition to some researchers on Nigeria working for their international rights groups being Government moles and turning away their groups’ focus on Nigeria. A Nigerian Government mole was also recently installed as ‘ICC President’ in 2018-2021.

We Have Fought For Marginalized Security Personnel, Persecuted Muslims And Christians

Intersociety’s advocacy activities are beyond sectionalism, religion and ethnic zealotry. We have also boldly and pricelessly defended marginalized senior and junior security personnel and have had several interfaces with the Nigerian Army and Defense Headquarters especially between 2010 and early 2015. These had included written communication exchanges. We defended the marginalized members of the Nigerian Traffic Warden of the Nigeria Police Force especially between 2011 and 2012 including getting a respected Federal Lawmaker to work on a Bill to address the age long marginalization. The Bill had successfully passed a second reading before being abandoned by the victims who said “Buhari had promised to look into it when he assumed office.”

We have since 2014 been pricelessly defending marginalized senior police officers from the South-East and others whose promotions were stalled. From non state actors, we have severally risen in strong defense of defenseless Muslim minorities including the Shiites since 2015 as well as the persecuted and massacred Christians in Borno, Yobe, Adamawa, Niger, Taraba, Southern Kaduna, Plateau, Benue, Kogi, Kebbi and Nasarawa States, in addition to South-West, South-East and South-South. The latter has been the case since 2010. These are just to highlight but a few. View Our July 18, 2022 Int’l Documentary Here: https://youtu.be/RehqzLpkjeQ 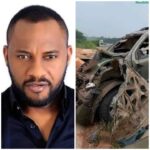 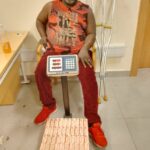