Rose Lavelle scored the go-ahead goal and the U.S. Women’s National Team (USWNT) won its 13th straight match with a 2-1 victory over Nigeria on Tuesday night at Audi Field in Washington, D.C. The USWNT also benefitted from an own goal to extend the team’s unbeaten streak on American soil to 71 games.

The teams first met Saturday in Kansas City, Kansas, and the United States came away with a 4-0 victory. Nigeria was missing six starters because of injuries and visa issues. The own goal gave the United States an early lead in the 24th minute, but Nigeria equalized on Uchenna Kanu’s score after the break.

It was the first goal that the United States has given up this year. The goal also snapped a nine-game shutout streak for the Americans.

The United States pulled back in front with Lavelle’s goal off a cross from Megan Rapinoe in the 66th minute. It was Lavelle’s fourth goal of the year.

Following the match, the U.S. women and their male counterparts formally signed the collective bargaining agreements struck in May with U.S. Soccer that gives players on both sides equal pay.

Where Rose Lavelle goes, success follows. On Tuesday, that meant wide areas of the field — not exactly her most ideal position. It was all by design, however. Lavelle started the match in the No. 10 role, one which she has owned for some time in the United States’ starting lineup.

But on Tuesday — much like in Saturday’s 4-0 win — Lavelle drifted to the USWNT’s right side to occupy the space cleared by winger Sophia Smith. The movements are intentional, and they make the USWNT extremely difficult to defend. The United States’ opening goal in the 24th minute was officially an own goal, but once again came through patient build-up play, of which Lavelle was a catalyst. In the moments before that goal, Lavelle repeatedly found space to exploit down that right side as Smith overloaded the central areas and caused Nigeria’s relatively inexperienced back line to scramble.

Lavelle was rewarded in the 66th minute when she scored a spectacular game-winner, a diving header that forced her to contort her body for a ball served behind her. It wasn’t Lavelle’s first diving header of the year, nor was it the first time she has been the focal point of the USWNT’s attack. Lavelle in wide areas was once seen as a problem, a waste of a central midfield talent being pinned to the touchline. That was a major explanation for her strange 2020-21 season at Manchester City. There, she was often asked to play as a winger.

In this system for the USWNT, she is the No. 10 who is encouraged to overload wide channels. She does so with great success.

The USWNT’s nine-game shutout streak came to a spectacular end when Uchenna Kanu, a second-half substitute for Nigeria, hammered a shot into the upper corner for an equalizer four minutes after halftime. It was the first goal the USWNT allowed in 880 minutes, tied for the third-longest streak in team history. Kanu slipped in behind Sofia Huerta on the United States’ right side and Huerta misplayed the lofted through ball, allowing it to drop to Kanu for the spectacular shot that evaded a recovering Alana Cook.

It was a just reward for a Nigeria team which came out in a more attack-minded setup than in Saturday’s 4-0 loss to the United States. It also served as a mentality test for a relatively inexperienced back line. Cook paired with Naomi Girma centrally as captain Becky Sauerbrunn shifted to the bench for this match, while Huerta and Emily Fox maintained their roles as fullbacks.

Fox did well defensively as Michelle Alozie attempted to combine with Ifeoma Onumonu down Nigeria’s right side, and it was Fox who played the through ball to Mallory Pugh for the USWNT’s opening goal in the 24th minute. Huerta also continued to push high up the opposite flank and combine with the front line.

Kanu’s goal — and equally, the response to it — will ask further questions about the United States’ ideal starting back line. Cook has been the starter alongside Sauerbrunn, although Girma offers a wider passing range, as evidenced by her involvement in that opening goal. Huerta continuing to push high also means more moments of exposure for Cook.

USWNT head coach Vlatko Andonovski talked about building relationships within subgroups of the team. The Cook-Huerta combination on that right side is obviously one of those.

Andonovski was asked last week how many defensive midfielders he thinks he needs on a 23-player World Cup roster. His answer was cheeky: 2.5. Andonovski envisions having two natural Nos. 6 and another player who can play there among multiple midfield positions. Lindsey Horan is most likely that utility knife in Andonovski’s mind, having trialed her as the No. 6 last year after Julie Ertz went down injured.

Horan is a talented two-way midfielder but playing her as the No. 6 was part of an all-around disastrous team performance in the Olympic opener, a 3-0 loss to Sweden. Andi Sullivan is clearly the starting No. 6 at this point and time, and Ertz’s future plans remain unknown. She recently gave birth to her first child and is not under contract with any professional team. Coffey, then, can swoop in at a relatively rapid pace if there is a backup No. 6 role up for grabs.

She started Tuesday against Nigeria for her first senior U.S. cap, just over two months after earning her first call-up ahead of World Cup qualifying (and then joining the qualifying squad as an injury replacement player). On Tuesday, Coffey looked like a natural on both sides of the ball. She had a couple moments that could have been better, but even in those, she quickly recovered to make a necessary tackle or get back on the ball and restart the attack. All things considered, she started to make her case. 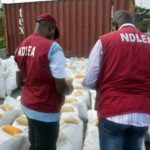 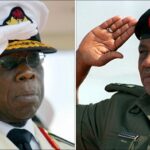 Transfer window will not open on July 1 – FIFA legal director